Kick up your heels folks because the Vancouver Folk Music Festival is back at Jericho Beach Park with some serious festivity for its 40,000 fans to mark its 40th anniversary.

From July 13 to 16, some of the world’s finest traditional and contemporary folk, world and roots music artists from 20 countries will grace the festival with performances.

Among the headliners are the Barenaked Ladies, most famous for their smash hit One Week – but there’s plenty more musicians on offer.

A media release from festival organizers read, “The 2017 edition of the Vancouver Folk Music Festival presents one of its most exciting, rich and musically diverse rosters to date in celebration of its 40th Anniversary!” 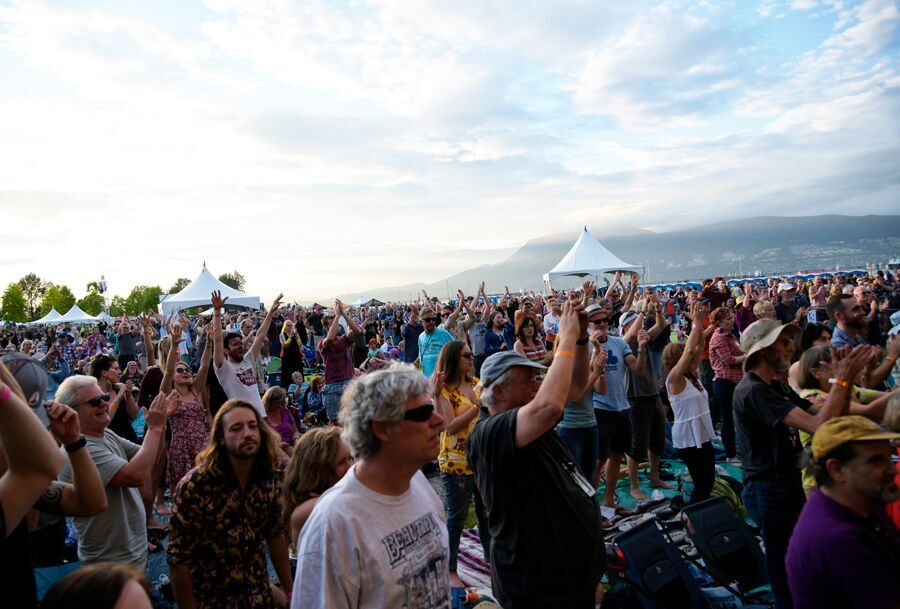 The festival welcomes up to 40,000 people (Vancouver Folk Music Festival)

According to the release, artistic director Linda Tanaka had called for the return of some of the festival’s past favourite artists, including African music powerhouse, Alpha Ya Ya Diallo, women’s music icon, Ferron and Her All Star Band, legendary labour singer, Si Kahn and BC treasure, Roy Forbes.

Recent favourites Emmanuel Jal, the feisty Grace Petrie, and Marlon Williams and the Yarra Benders, are among others that will take the stage once again.

Fans of global tunes will certainly be satisfied, with groups like Congo’s Mbongwana Star, Colombia’s Sidestepper, Nive Nielsen & The Deer People from Greenland all set to perform.

Also in attendance will be Egypt’s voice of protest Ramy Essam, the voudou rhythms of Haiti’s Chouk Bwa Libète, Korrontzi from Spain’s Basque region, and RURA from Scotland.

The release also read, “This year’s festival [is] truly global in spirit, broad and eclectic in range, with something for everyone.”

While you might be there for the music, you can also indulge in a wide variety of food and artisan vendors, a Community Village and the Little Folks Area.