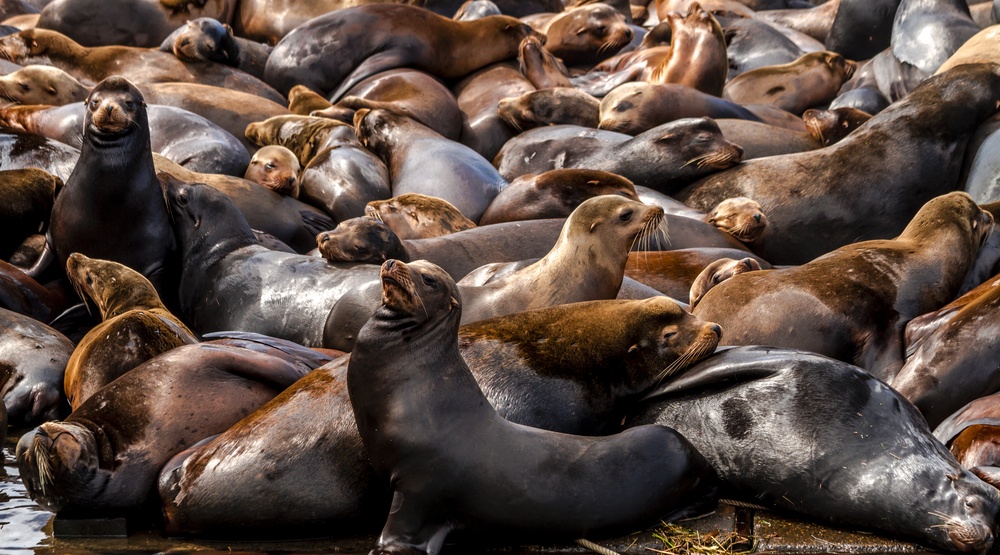 Have you ever seen hundreds of sea lions swarming a fishing boat? No? Well you’re about to thanks to some truly incredible scenes captured by one Vancouver fisherman.

Allan Marsden, who lives in North Van, captured the footage while fishing in the Straight of Georgia. Marsden was fishing for Roe Herring, which also happen to be a popular snack for the region’s burgeoning sea lion population.

Marsden’s video raises a contentious subject for BC’s fisherman who must do battle with the region’s sea lions in order to catch the herring.

The Roe Herring season only lasts a few short weeks from late February to early March, and in another video Marsden shows that it can sometimes be impossible for fisherman to get their nets in the water thanks to the flock of blubbery beasts.

“I’ve always enjoyed fishing, especially herring, but this is taking the fun right out of it,” he says. “This [makes it] virtually impossible to work.”

Someone then lets off a bear bomb to startle the sea lions, sending them swimming in every direction.

Marsden’s videos, which he posted to Facebook on Monday, have already attracted more than 400,000 views and thousands of comments online.