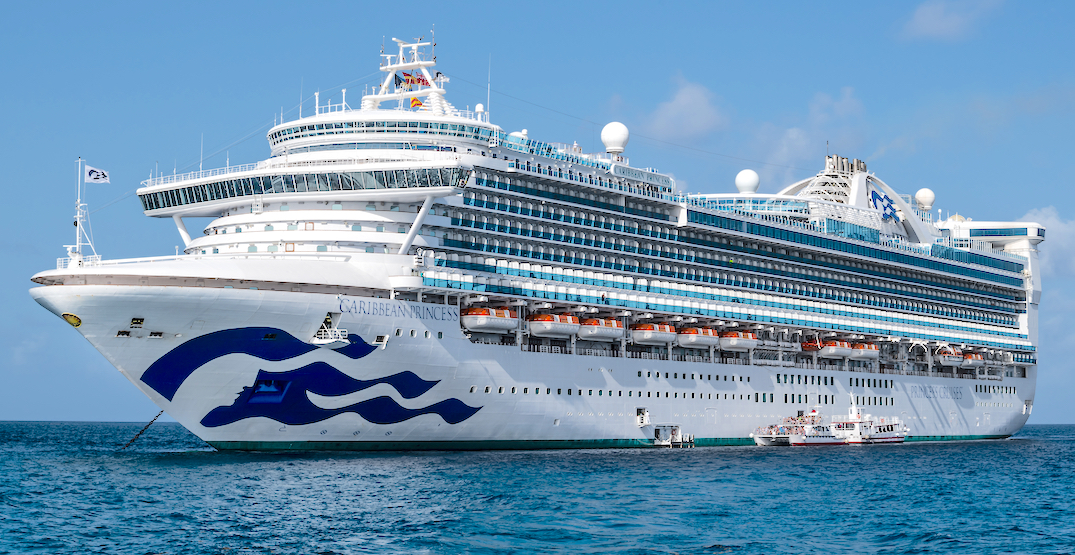 Shortly before 7 am on Thursday, April 7, 2022, the Caribbean Princess vessel of Princess Cruises lines will sail eastward under the Lions Gate Bridge for its final approach to reach the Canada Place cruise ship terminal.

It will mark the first time in exactly 888 days that Vancouver last saw a cruise ship visit, which occurred in late 2019 at the end of that year’s cruise season.

The vessel is already on its way to Vancouver, on a 19-day sailing that began at Fort Lauderdale in Florida on March 19, through the Panama Canal and up the west coast. Its stops include Cartagena in Colombia, Panama City in Panama, Puntarenas in Costa Rica, San Juan del Sur in Nicaragua, and Cabo San Lucas in Baja California Mexico, as well as San Francisco, Astoria in Oregon, and Victoria, BC. After reaching Vancouver, it will make the same trip in reverse to return to Fort Lauderdale.

The Caribbean Princess’ short stopover at Victoria will happen the previous day, Wednesday, April 6, marking the BC capital’s first cruise ship in more than two years as well.

Last month, Vancouver Fraser Port Authority told Daily Hive Urbanized it expects a total of 310 cruise ship calls at Canada Place in 2022 — 8% more than the 288 calls recorded in 2019 when an all-time record of more than one million cruise passengers was seen. This was a year-over-year increase of 22% from 2018.

In 2019, each cruise ship that called at Canada Place generated an estimated $3.17 million in direct economic activity. Overall, the cruise industry generated $2.2 billion in local economic impact and supported over 7,000 jobs that year.

The Greater Victoria Harbour Authority is expecting 350 cruise ship visits in Victoria for the 2022 season. But unlike Vancouver’s business of mainly being the start and endpoint of cruise itineraries, Victoria’s business is mainly driven by its role as a mid-itinerary stopover.

While there have been major concerns that US legislation could end the requirement for cruise ships traveling between two American ports to make a foreign port stopover, such as the itineraries between Seattle and Alaska, cruise lines continue to show a deep interest in including Victoria due to the city’s popularity amongst passengers as a destination to visit.