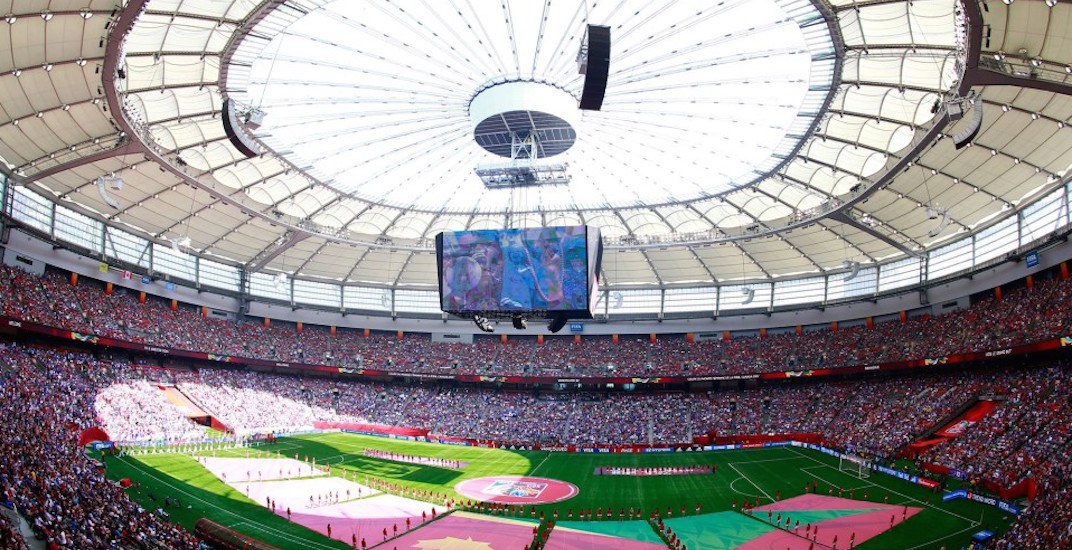 The largest sporting event in the world is likely coming to North America and Vancouver hopes to be a part of it.

With Morocco as the only competition for the United Bid – consisting of Canada, the United States, and Mexico – things are looking promising for FIFA World Cup games to be played at BC Place in 2026.

The City of Vancouver has announced that Council will vote on Tuesday to decide whether to sign an agreement which outlines what the city would be willing to provide if they are included as a host for the United Bid.

If the North American bid proves successful, and there’s every reason to believe it will be, Canada will host 10 matches. Vancouver, Toronto, Montreal, and Edmonton are the four Canadian cities still in contention to be chosen as an official host city, with three to five matches be playing in each chosen stadium.

“We are working hard and I’m very hopeful that Vancouver will be an official host city for the FIFA 2026 World Cup,” said mayor Gregor Robertson in a statement. “Vancouver is an obvious choice to stage some of the matches, given our enormous success hosting major international sporting events like the 2015 Women’s World Cup, the 2010 Olympic Games and the annual Rugby World Sevens Series.

“Our bid package is very strong, we have the infrastructure and amenities to welcome the world, and we are ready to go. I’m hopeful the B.C. and federal governments will get fully behind Vancouver’s bid on this amazing once-in-a-lifetime opportunity for our city and Canadian soccer fans.”

In terms of available stadiums BC Place is the best option in Canada, which is why it was chosen to host the 2015 FIFA Women’s World Cup Final. Unlike the women’s tournament, rules dictate that real grass must be installed for matches in the men’s World Cup, which will be an added cost, but not an unprecedented one.

According to the city, a World Cup in North America is estimated to create $5 billion in new economic activity and host cities could expect more than $3 billion in cost benefits in the areas of global coverage, increased tourism, and community legacies.

Council will discuss outlines obligations, including sanitation, traffic management, and the provision of a ‘live zone.’

“Prestigious events like the FIFA World Cup generate revenue for local businesses and showcase all that the city has to offer as a destination,” said Michelle Collens, senior manager of sport hosting at the City of Vancouver. “Thanks to the support from our Sport Hosting Vancouver partnership, we have been able to work diligently through this process to ensure Vancouver is set up for success in the next stage of the United Bid.”

The United Bid Committee will submit a proposal to FIFA in March, with announcement of the winning bid coming on June 13. If successful, the final list of host cities won’t be confirmed until 2020.

Canada hasn’t qualified for the men’s World Cup since its lone appearance in 1986. Host teams typically earn an automatic berth into the tournament.