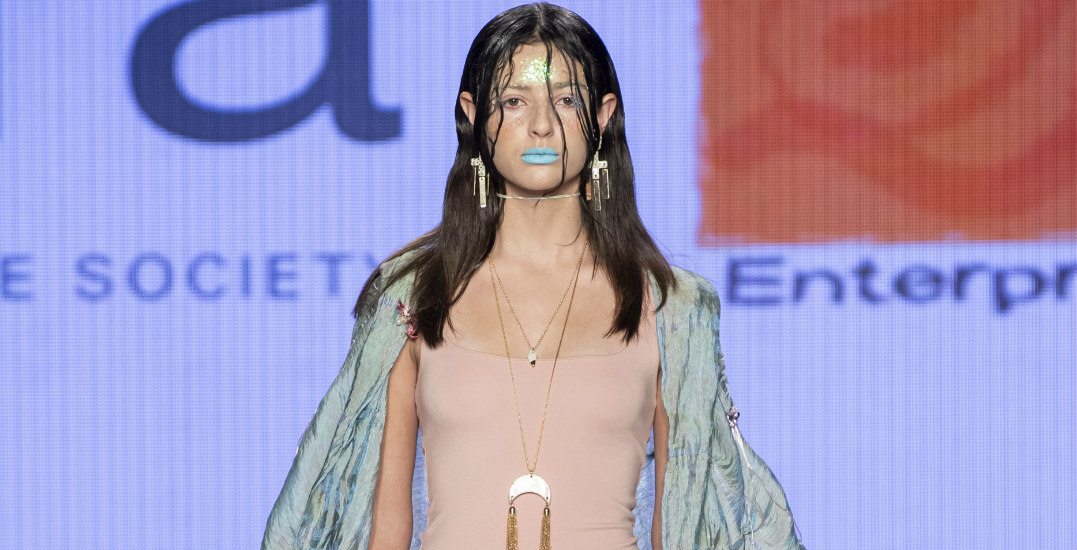 Fashion brings people from all over the city, the country, and the globe together twice annually for one of the fastest-growing events of its kind, Vancouver Fashion Week.

Many of the designers who showcase their collections at Vancouver Fashion Week are recent graduates or already well established in the industry.

But for the women who had their designs modelled during the Enterprising Women Making Art (EWMA) show earlier this week, the moment was about much more than a runway parade. 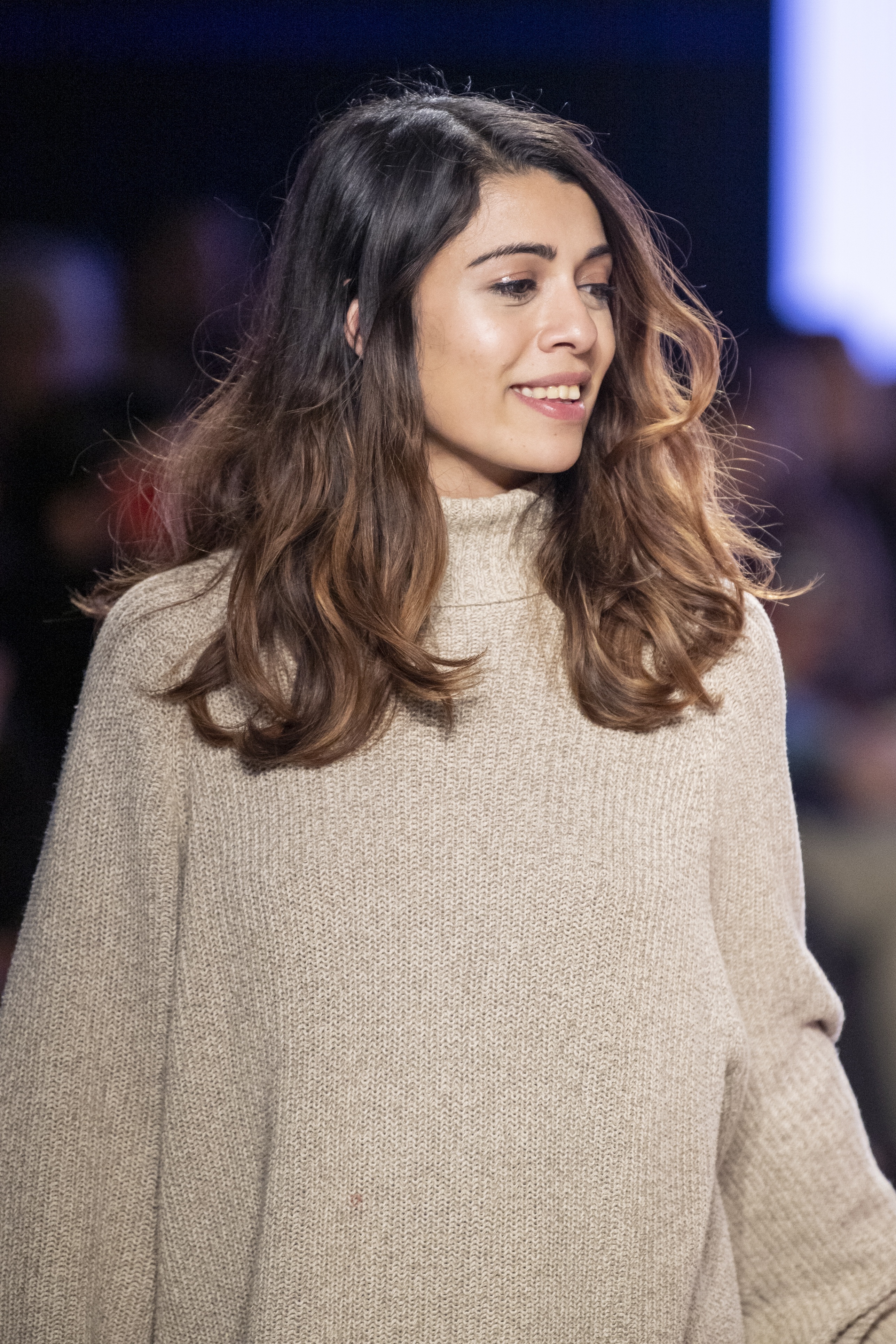 In 2003, EWMA was launched as a development of Atira Women’s Resource Society. The goal of the self-employment initiative is to support women in Vancouver’s Downtown Eastside and help them work together to develop an alternative form of business that’s grounded in their needs and realities. 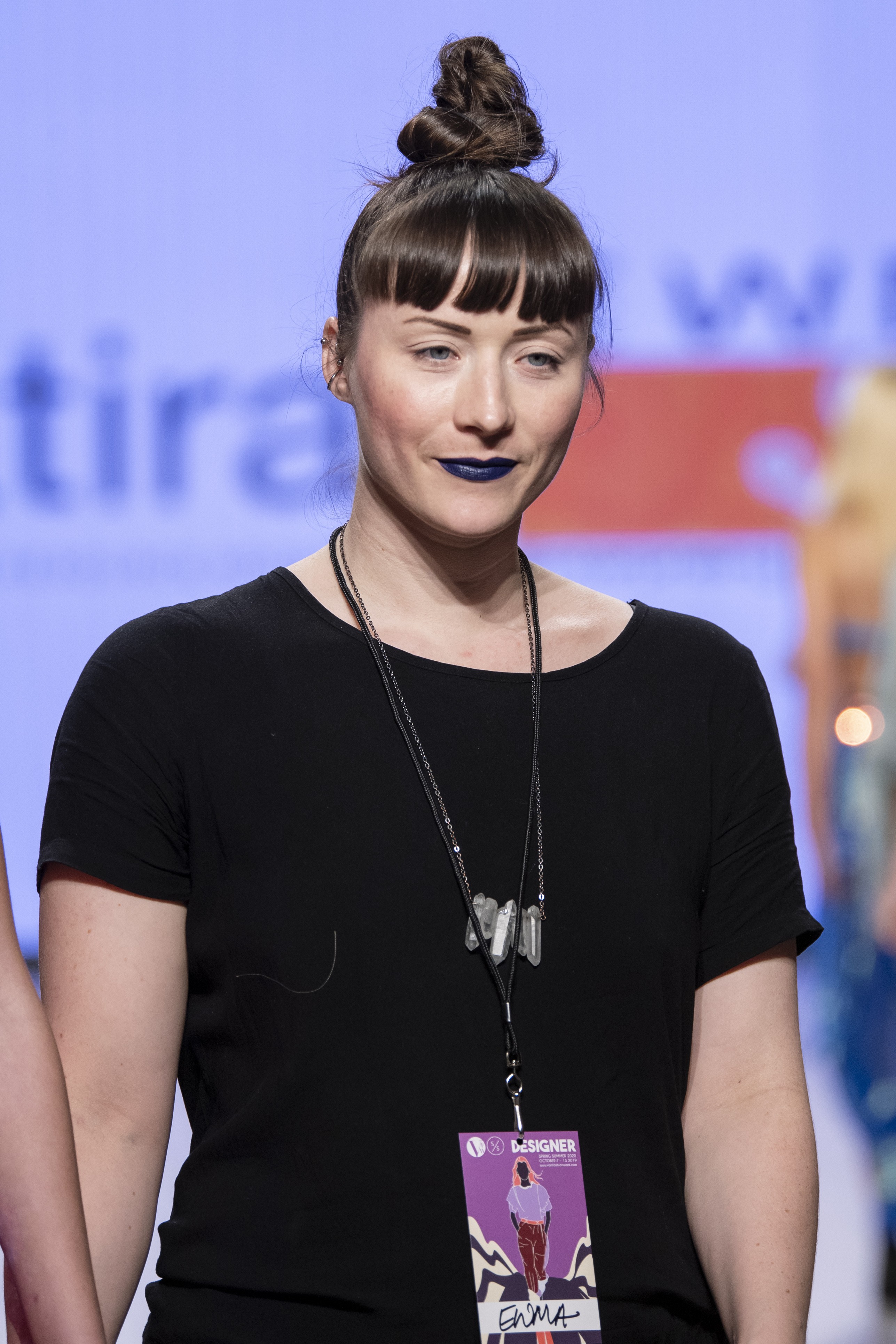 The program has been designed for women impacted by violence who face significant barriers to traditional employment and who seek safe, income-generating opportunities free from exploitation, abuse, or other vulnerabilities.

Michelle Phung, social media and communications coordinator for Atira Women’s Resource Society says, “EWMA is inclusive of all women in the Downtown Eastside who have been affected by violence, including First Nations, Métis and Inuit women, immigrant, visible minorities, senior women, and women with physical or mental disabilities.”

It operates from a harm-reduction, low barrier, and anti-oppressive framework which aims to offer immediate income-generating alternatives.

For over five years, EWMA designers have presented their hand-knit garments, semi-precious jewellery, and textiles at Vancouver Fashion Week, and Phung says, “The artisans are always excited and happy to showcase their designs.” 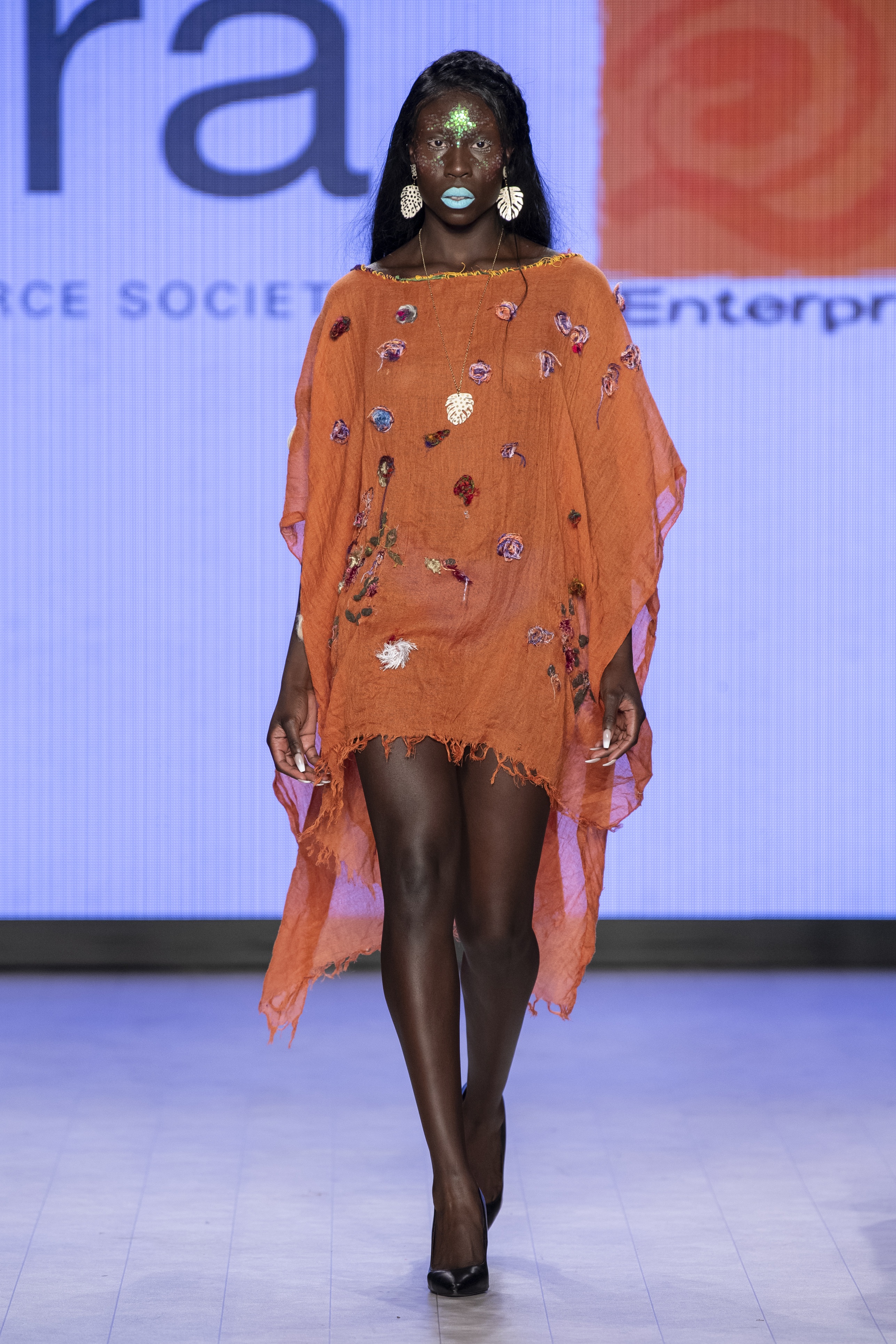 Preparations for EWMA’s Spring/Summer 2020 showcase began several months ago when the designers sat down together to discuss the theme they wanted to pursue.

“At this time, the women decided to work on a mermaid theme, because they are mythical creatures that are featured in many different cultures and different legends,” says Phung.

“The theme is a direct response to the backlash that was faced by actress and singer Halle Bailey, who was cast in the live-action remake of The Little Mermaid, in collaboration with bleach coral, which is the Pantone colour of 2020.” 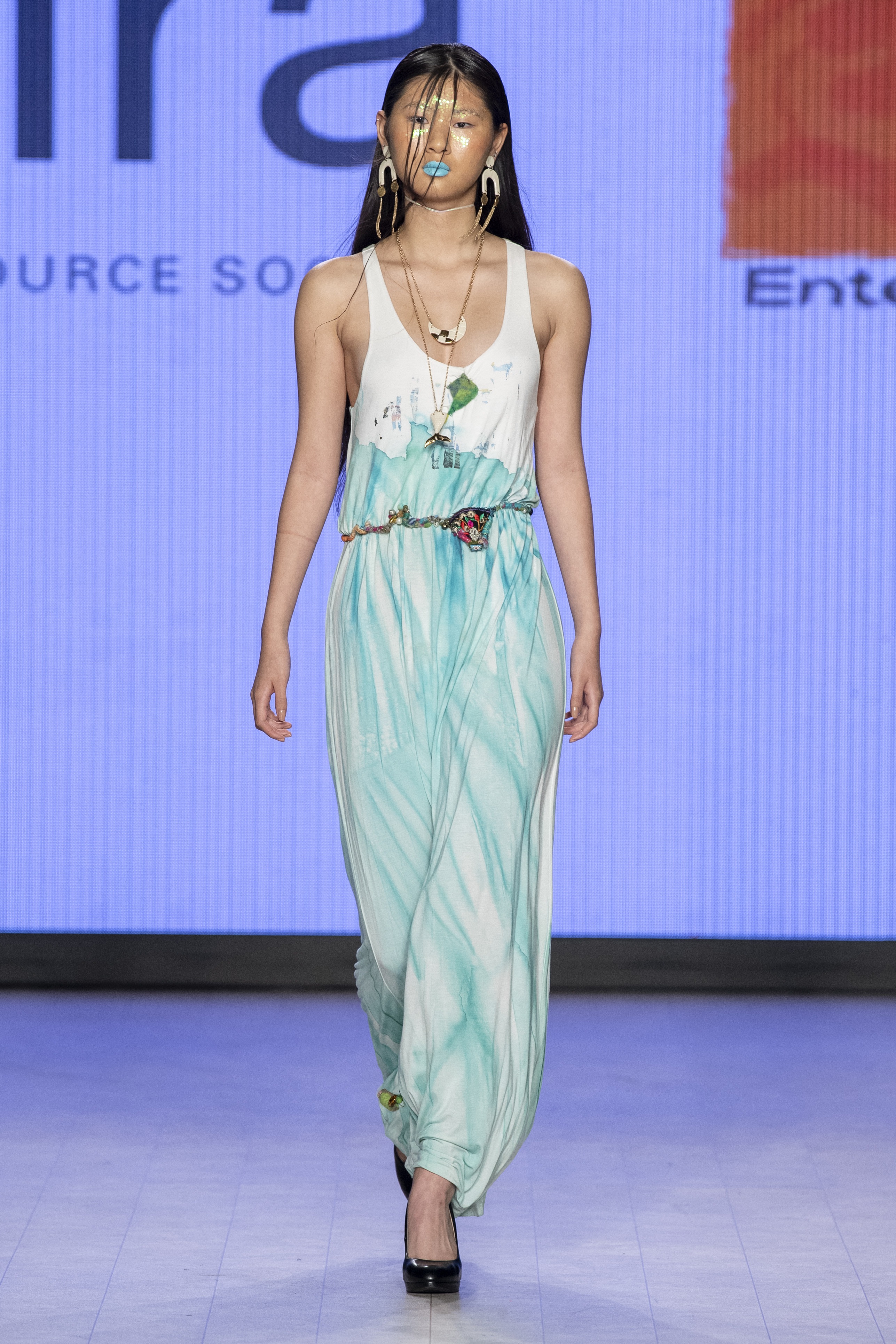 Phung explains that the women also spoke of shedding light on empowerment, which led to EWMA’s hashtag for this season’s shows, “empowered women empower women.” 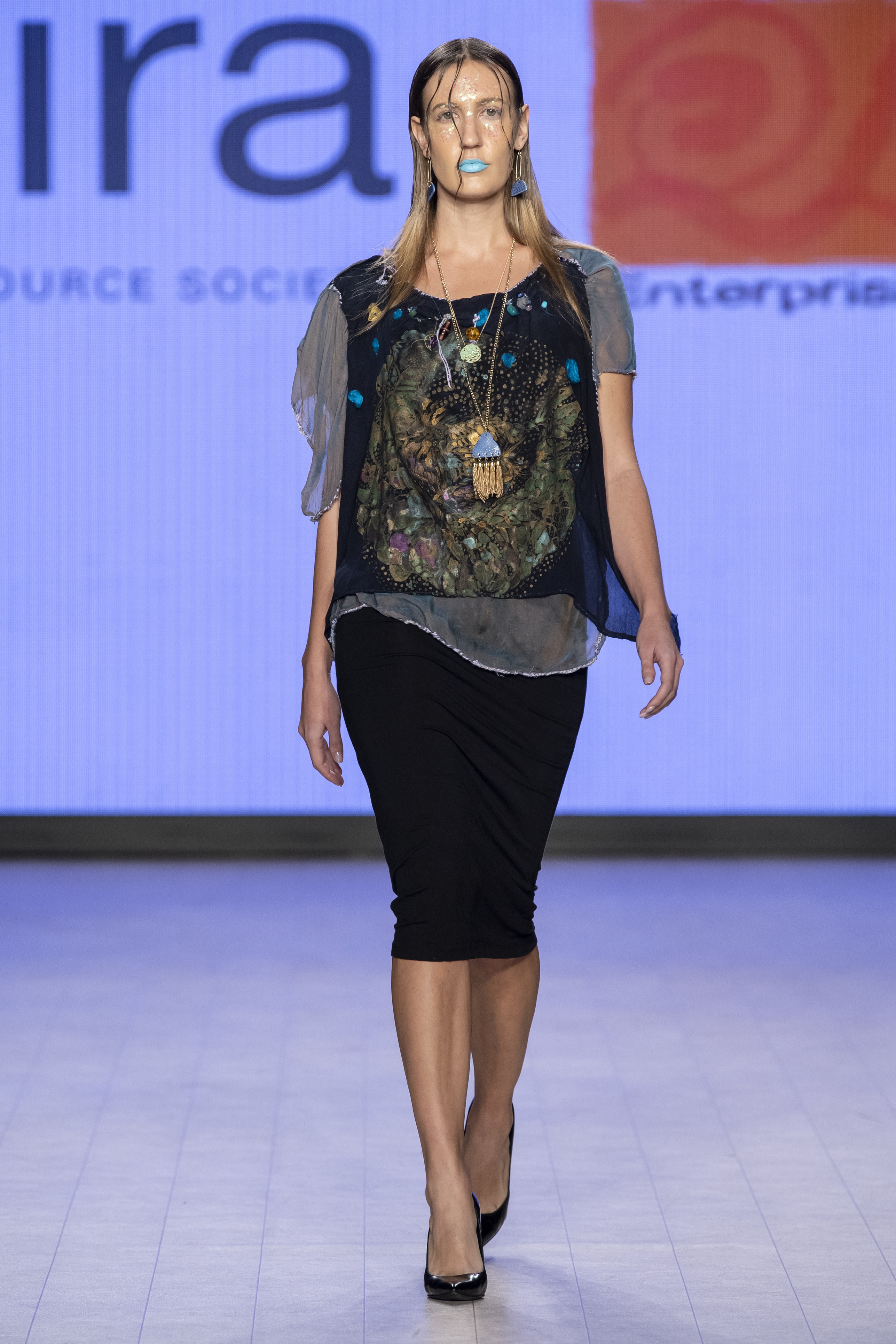 EWMA offers free workshops not only to artisans but women living in the community, too. And participants of the program take an active role in the design, planning, marketing, and production of their products, which extend to handmade cards and paper arts, ceramics, and fine arts photography.

“It’s always good to show the women’s hard work on a platform [Vancouver Fashion Week] and to an audience that would normally not know about EWMA and the amazing work that they do,” says Phung. 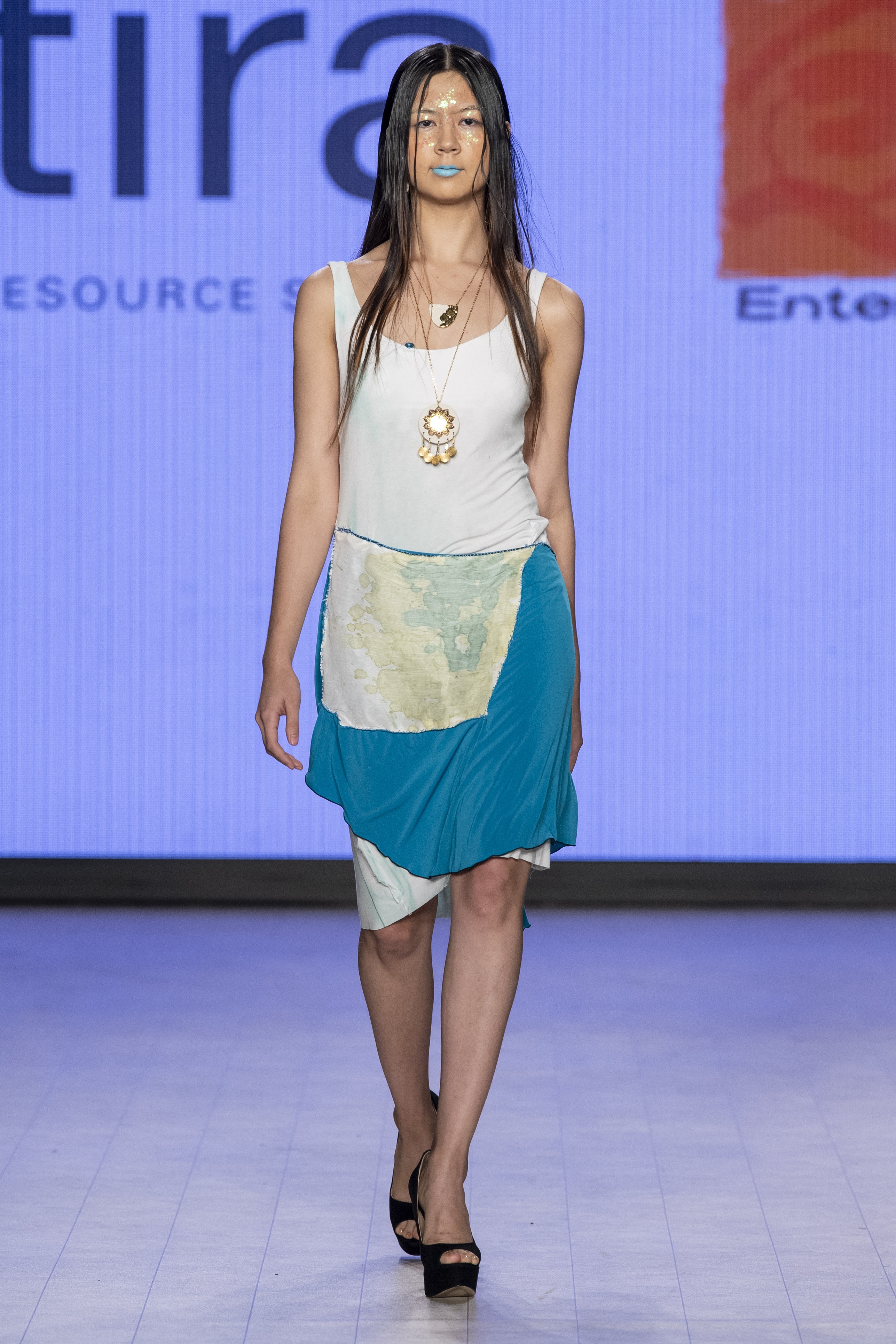 Women interested in joining EWMA can simply come through the doors anytime at 800 East Hastings Street and participate in any of the free workshops on offer, or sign in the merchandise they would like to sell at the EWMA store.

“Women artists are also encouraged if they wish to be facilitators and teach their art or craft in the workshop space adjacent to the store,” Phung concludes.