Back in January, while listing our ten wishes for walking and cycling around Vancouver in 2015, we wrote the following about long-overdue upgrades to the 10th Avenue Bikeway:

Stretching over 11 kilometres from the Central Valley Greenway in East Vancouver to the UBC Endowment lands, 10th Avenue is one of this city’s longest, oldest and busiest bikeways. It is a route our own family rides every single day, but – in all honesty – is far from being accessible to all ages and abilities. Frustratingly, the city still permits on-street parking on both sides along most of the route, with far too many cars rat-running between Broadway and 12th Avenue; creating narrow, unsafe conditions where impatient drivers attempt to bully cyclists to the side of the road. 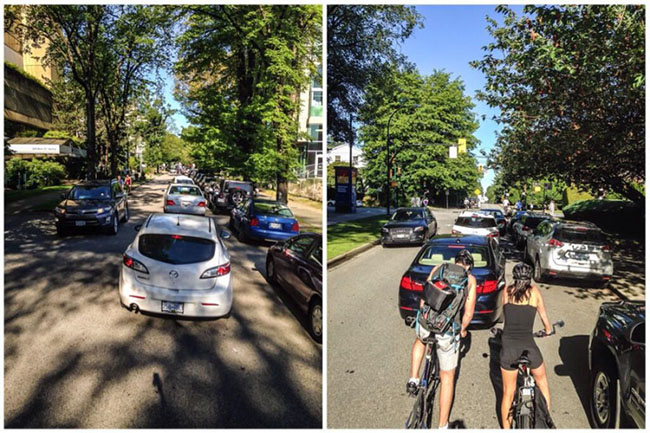 According to details coming out of City Hall this week, the Active Transportation Department is preparing for an extensive public consultation process, with the aim of upgrading the 10th Avenue Corridor to be more safe, convenient, comfortable, and fun for people of all ages and abilities to walk and cycle.

Improving this route was approved in principle as part of the Transportation 2040 plan City Council adopted in 2012, with a lofty goal of having at least two-thirds of all trips in Vancouver made on foot, bike, or transit by 2040. Earlier this summer, it was announced the city is ahead of schedule in meeting this goal, with half of all trips already made on foot, bike or transit. Over 500,000 people cycle on 10th Avenue every year, making it one of the busiest east-west bikeways in the city. 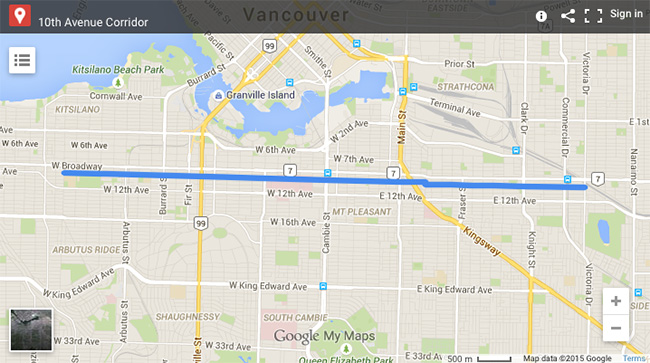 As part of their broader goal of becoming a world-class cycling destination, the City of Vancouver is also hosting three unique public events to engage residents on the topic of urban transportation. The events – scheduled for Monday, July 20th in the Vancouver General Hospital Precinct, Sunday, July 26th at the Kitsilano Farmers Market, and Wednesday, July 29th at Cathedral Square – will include information and consultation on both the 10th Avenue Corridor and on Vancouver’s larger, developing walking and cycling network. 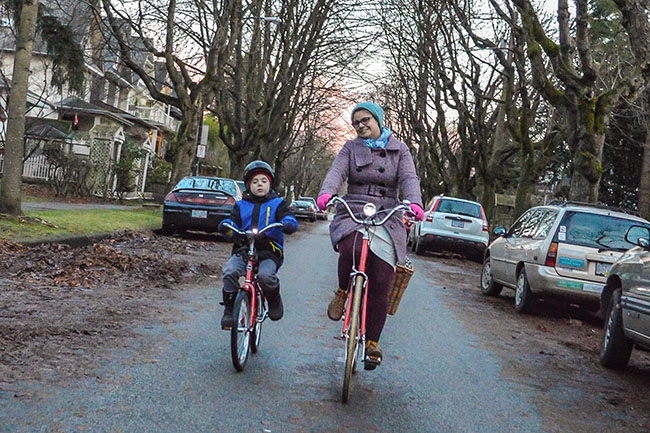 In collaboration with local publication Momentum Magazine, city staff are using these events to celebrate everyday cycling and walking in Vancouver, with the #ThisIsHowWeRollVan Photo Shoot and Sweepstakes. Local photo booth company imageCube will offer professional portraits of participants to take home and share on social media. Those unable to attend are invited to share a photo of their own on Facebook, Twitter or Instagram using the hashtag #ThisIsHowWeRollVan to join the conversation! Prizes include a Liv Giant Cruiser, Bern helmet, Ortlieb pannier, and Totem tote bag (entry deadline is July 30, 2015 at 11:59 pm PST).

Visit the city website for more information on the 10th Avenue Corridor consultation, including an ability to subscribe to project updates, and submit your thoughts via email.