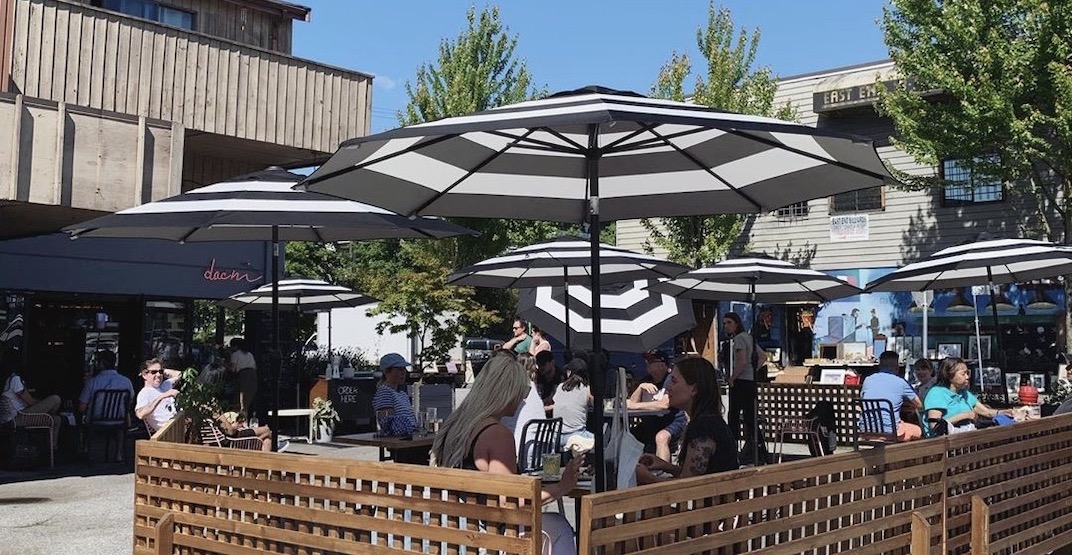 The temporary patios that were established as a response to the pandemic will be sticking around for a little longer.

On Wednesday evening, Vancouver City Council passed a motion to extend the pop-up patio program into the fall and winter. The motion was introduced by councillor Sarah Kirby-Yung and was passed unanimously.

“Pop-up patios have supported our local economy, enhanced our social fabric, and the vitality of placemaking in our City,” Kirby-Yung writes in her motion.

She argues that with the fall and winter season coming quickly, residents are “facing increased social isolation.”

She adds that many have also expressed interest in an extended patio season and says that Vancouver tackled a similar challenge during the 2010 Olympic Winter Games.

“The City has prioritized winter patio initiatives before flexing its policies in response to circumstances such as the 2010 Olympic Winter Games when semi-enclosed patios were allowed,” Kirby-Yung pointed out.

The motion passed means that staff will be extending the Temporary Expedited Patio Program (TEPP) into the coming fall and winter.

Businesses will also have the option of adding heat sources, as well as roof shelters, awnings, and secured tents for weather protection that still allow for free airflow to support healthy dining during the pandemic. Such coverings would be in consultation with the fire department, and an engineer or architect.

City staff will also look at how to add roof shelters, awnings, or tents onto the pop-up plazas that have launched in various neighbourhoods across Vancouver.

“Building on the innovation can be a positive legacy for Vancouver in the move towards a more vibrant and people-focused City and to operating in a new, post-COVID world,” says Kirby Yung.

As of August 14, two-and-a-half months after the program launched, city staff have issued 361 permits, including 291 patios on public space and 70 patios on privately-owned space.