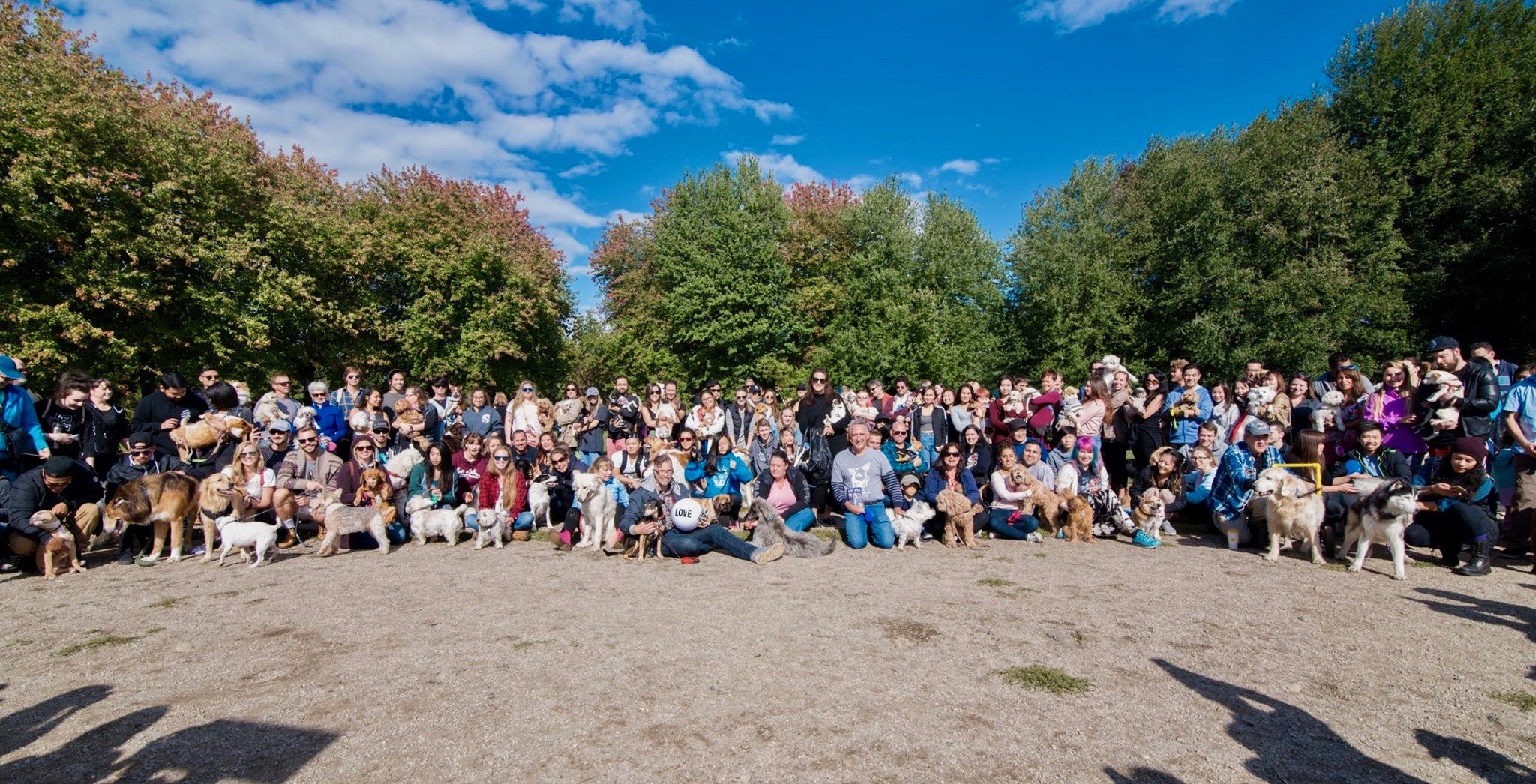 Sunday Funday waits for no one! Here are 10 things to do in Vancouver today, March 10, including Vancouver’s biggest dig neet-up, Bacio Rosso, and more.

What: Vancouver’s biggest dog meet-up is returning to Trout Lake Park for another year. The event takes place on Sunday, March 10, and is hosted by Dogs of Vancity, so you can also expect plenty of cute photos for the scrapbook (or the Instagram). Those who don’t have pets are also more than welcome to pay a visit and meet some new friends.

What: Port Moody Film Society presents a selection of the best recent Canadian features and documentaries as well as outstanding short subjects by local filmmakers.

What: Metropolis at Metrotown’s Grand Court will become the site of Blossom at Metropolis, a one-of-a-kind art installation that includes more than 250,000 cherry blossoms. Mall-goers are encouraged to pass by and get an early glimpse of some gorgeous white and pink petals, all created by interactive arts company Hfour.

In addition to more than a quarter-million cherry blossoms, the exhibit will feature dozens of mirror spheres (the largest being four metres in size) that’ll create the illusion of infinite blooms.A series of floral art and Japanese culture workshops will also be held every Tuesday, Wednesday, and Thursday, while the exhibit is in place. And of course, what installation would be complete without a selfie zone? 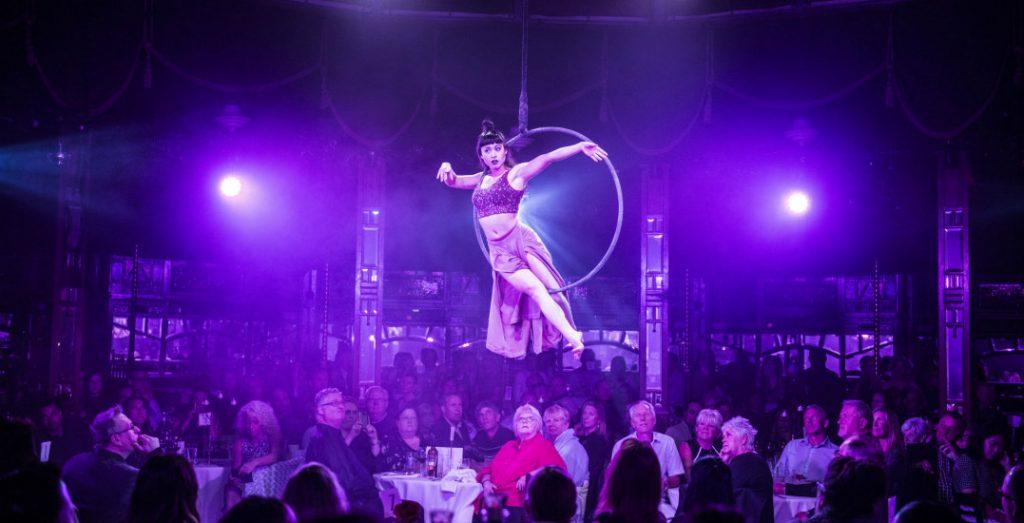 What: A one-of-a-kind gourmet cabaret cirque production that puts fine dining, comedy, and circus under a giant enclosed tent. Bacio Rosso is a three-hour performance that features artists from around the world, including magicians, jugglers, trapeze artists, contortionists, clowns, singers, and comedians. All the while, spectators will feast on a delicious four-course gourmet meal curated by La Quercia’s Adam Pegg, an award-winning Vancouver chef who specializes in Italian cuisine.

What: Children of God is a musical about an Oji-Cree family whose children were taken away to a residential school in Northern Ontario. The story of Rita, a mother who was never let past the school’s gate, and her kids, Tom and Julia, who never knew she came, pushes toward redemption. Written by Oji-Cree theatre maker Corey Payette.

What: The 14th annual Vancouver International Women in Film Festival celebrates the best of cinema created by women. VIWFF is screening 49 films from 19 different countries around the world including 18 local filmmakers. As well as film screenings, the festival offers a variety of ancillary programming including film panels, special guests, artist talks, workshops, pitch sessions, receptions, an awards gala and more.

The Girls Are Coming!

What: The Girls Are Coming!: A visual voyage of Bride Ship Tynemouth. As they once did off Vancouver Island a century and a half ago, sails appeared in Tracy McMenemy’s vision of an exhibition. Her research on the Bride Ship Tynemouth and the journey of its young passengers inspired her own journey. Her departure point was a single bride’s dress. Its symbolism drew her deeply into a story of human struggle between freedom and containment, courage and futility, hope and disappointment. 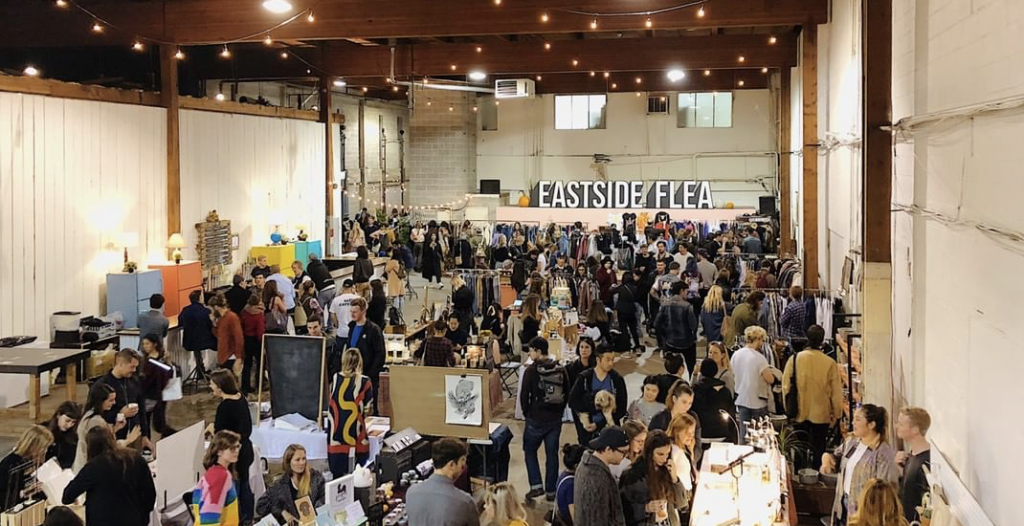 What: Growing Room presents an afternoon of witty poetry and prose featuring some of the most incisive and hilarious writers in the country – Ivan Coyote, Molly Cross-Blanchard, Jo Dworkshack, Eden Robinson, Hana Shafi, and Lindsay Wong. Hosted by Jocelyn Tennant.