Once every quarter, the Vancouver Entrepreneurs Series will be showcasing a “power” entrepreneur, a local, homegrown hero if you will.

Their story, lessons and learnings will be showcased for everyone to benefit from. Kicking off this special feature is Dario Meli, a serial entrepreneur and founder of Quietly (among many other things).

Tell us about your very first venture and the moment where you realized you were going to be an entrepreneur.

Those two points in my life were quite far apart. For a long time I knew I wanted to run a business. I’m not sure where that came from, but as a young teen I was both getting into trouble and simultaneously reading Fortune and admiring the inner workings and complexities of various businesses.

My first opportunity came when I left a local tech company and joined a group who’d just started and web design shop. It was super junior and my salary went from decent to virtually non-existent. But it came with the freedom I always craved and the knowing that if I didn’t hustle I wouldn’t be making rent.

Before that, what did you want to be when you “grew up?”

At one point i wanted to be a dentist. I still have a diagram of “The Teeth” that’s hung in my bedroom or apartment ever since I was 12.

Tell us about a time where you failed at something, how did you overcome it and bounce back early in your career?

There’s lots of times where you stumble, get back up and keep at it. That’s more like learning. Sometimes though, you’re faced with a situation where you actually fail—here a bet has been made and the strategy didn’t work out.

One thing that sticks out is a product that we’d built at Invoke. It was ahead of its time and I was able to sell it through to some very large media companies in New York for decent money. The problem was that after the engagements, we didn’t have the resources to maintain the product and dedicate a team around it for it to continue to grow and thrive. Even though there was early promise, we just couldn’t make it work and that really stung.

The valuable lesson was to focus and not have too many irons in the fire. It can be very difficult because we’re all exposed to so much change and excitement all around us, but without focusing on the primary task at hand it is very difficult to be successful. This has been a huge challenge for me personally and one I’m always improving on.

You’re working on Quietly now, how was the idea born?

There are a number of factors that lead to the birth of Quietly, but primarily it came from many years of working with some of the largest media brands in the world. There’s been so much turmoil in publishing and media but one thing that’s never changed is the insatiable need for great content and storytelling. The medium might change and the way revenue is generated might too, but it’s clear there is an opportunity to merge tech and content with the expertise Sean Tyson, my co-founder, and I have been building over time.

Brands and publishers have been building up their social channels for years and need lots of high-quality content to satisfy their customers. This is about providing value to readers, not advertising or gimmicks.

Quietly provides strategy, tech, analytics, and distribution to engineer excellent content at scale that performs. We’re creating jobs and adding value to all our partners who are in-turn providing value to their readers. It feels really good!

As a serial entrepreneur with a track record of success, how often do you receive criticism or doubt and how do you deal with it?

Of course I receive a lot of criticism and I relish it. I surround myself with people who want to see me succeed and when they criticize me or what we are doing at Quietly, I take it as an opportunity to improve. It’s constructive. It’s part of the process of building something great.

What role has mentorship played during your career? Has it changed from when you first started out to now?

Mentorship is very important. To-date I’ve been lucky enough to have gleaned a lot of knowledge and skills from the people I surround myself with, though I’ve never had a formal mentor. It’s something I’m actively looking for right now; something I’ve always wanted.

How should young entrepreneurs go about seeking mentors/mentorship?

There are a variety of ways but it mostly comes down to simply asking in the right way. I get a lot of requests to grab a coffee here and there but it’s not really practical nor productive to always be doing that. For me, an email exchange and some phone calls to build the relationship works well. I actually feel it’s my duty as an entrepreneur to help others avoid the mistakes I made. F—ing up sucks so I try to help out as much as possible. 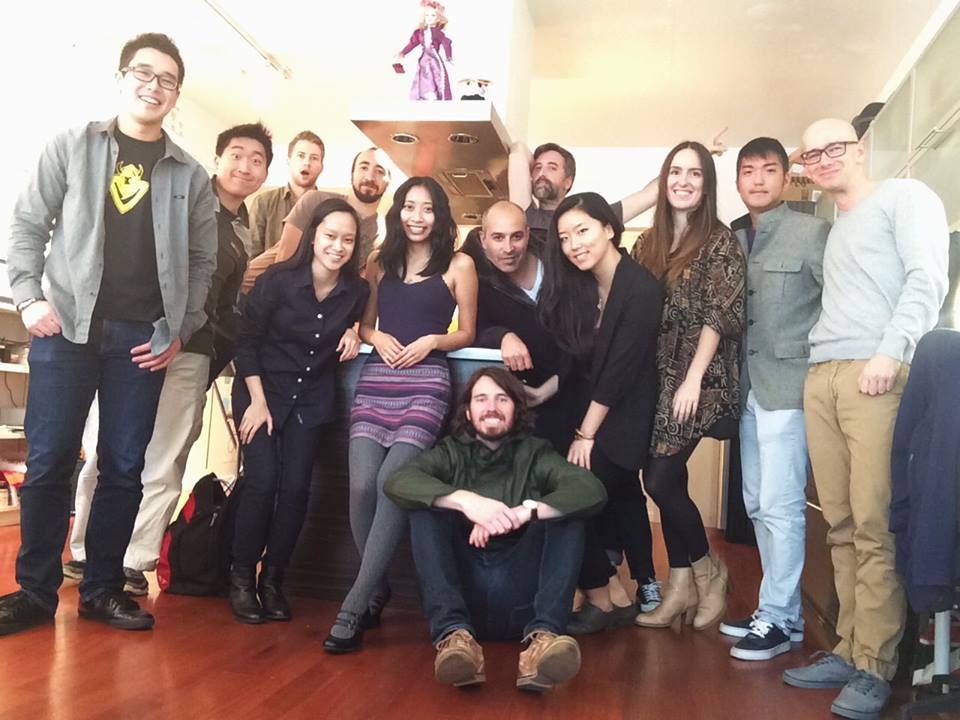 You’ve helped build companies from Vancouver, New York, Los Angeles and travelled the world studying markets and startup culture. What are some keys to success for Vancouver entrepreneurs who are looking to take their startup beyond Vancouver?

This is an extremely important question. Companies can be launched from anywhere but often times there isn’t enough understanding of what opportunities might exist globally. If you have experience with a problem which you think can be solved, the first thing to do is asses the scale of this issue outside of your market. It’s nearly impossible to build a startup that solves a problem that is strictly regional. That might be a viable business but its not a startup.

With HootSuite it was clear that issues facing the rise of social media were not localized to Vancouver or even North America. With Quietly we have domain expertise in publishing and media that exposes a massive global opportunity.

I guess that’s a long winded way of saying: do your research, travel if you can. If you can’t, hit up the social web and ask strangers to get on a Skype call. People love telling their story so its a lot easier than most people think to get an incredibly smart, accomplished person to have a conversation with you. Just ask!

Reach out to more people; smarter people. Keep networking and build up a formal advisory board to help round out all of the skills you know you’ll need.

Quietly runs my world (aside from my wife, of course ;-)). We have some incredible things coming up, things that will generate tremendous value for everyone involved: brands, publishers, customers, and us.

What is your favourite thing about Vancouver?

My family is here. I travel an awful lot and its always nice to come back and see them. That family includes my close friends, and by close friends I mean my dog, Leia. 😛

What is your favourite restaurant?

L’Abattoir. The menu is fantastic and the cocktails are my absolute favourite in the city—I highly recommend the Oaxaca Old Fashion, Smoke & Mirrors, and of course the SL Negroni. The entire staff are on point and make everyone who enters their space feel like a star. It’s a nice feeling.

We’re always told to learn from the mistakes of others, specifically our elders as we’re growing up. As we make our way through the ladder of life, we’re told to follow in the footsteps of our predecessors, and then, lead by example as we flourish into adults.  Finally, leaving a legacy behind, a trail of positive influence and inspiration becomes the focus for many entrepreneurs.

We’re proud to have entrepreneurs in all of these stages call Vancouver home.

Vancouver Entrepreneurs is a weekly feature on the city’s most notable entrepreneurs and startups that are making a local and even a global impact. If you think your venture deserves to be on the series, send an email to casey(at)vancitybuzz(dot)com to explain why you’re a fit.