Cover songs are rapidly gaining popularity, and with that comes an opportunity for a Vancouver entrepreneur to fill the new niche. Meet Michael Cheng, the co-founder of recently launched Covr – the YouTube for cover songs. In their first month, they have generated over 100,000 cover views across North America, Sweden and Japan. Moby is the first big name to jump onto the platform, not a bad start at all.

My name is Michael Cheng and I’m a curious Vancouverite with a passion in building businesses. I have founded a number of ventures and organizations including WittyCookie, Needle, QC Productions, TEDxSFU and more. Throughout my journey, I have have been featured on Maclean’s Magazine as one of Canada’s Future Leaders, published on 24 Hours as one of Top 24 Under 24, earned the title of SFU Entrepreneur of the Year and awarded the Next 36 Satchu Prize. 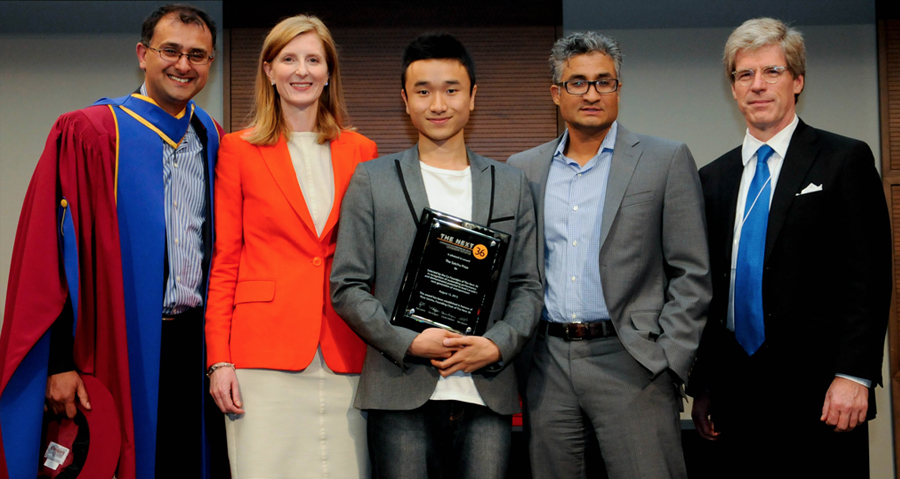 Recently, I launched a new startup called Covr, a sleek music discovery platform for discovering the greatest musicians you’ve never heard of. Some of the greatest musicians in the world are hidden from the mainstream. You won’t hear them on radio, you won’t see them on television. These are the stars born on the internet, often going viral with cover songs better than the original. They are the inspiration for the creation of Covr.

2. How has your user-base grown at such a rapid rate and how do you plan on leveraging and maintaining it?

Covr was launched a month ago, and within 30 days, over 100,000 covers have been played on covr.ca. Users poured in from around the world along with media coverage across North America, Sweden, Japan and more. The platform exploded, sooner and quicker than we ever imagined. 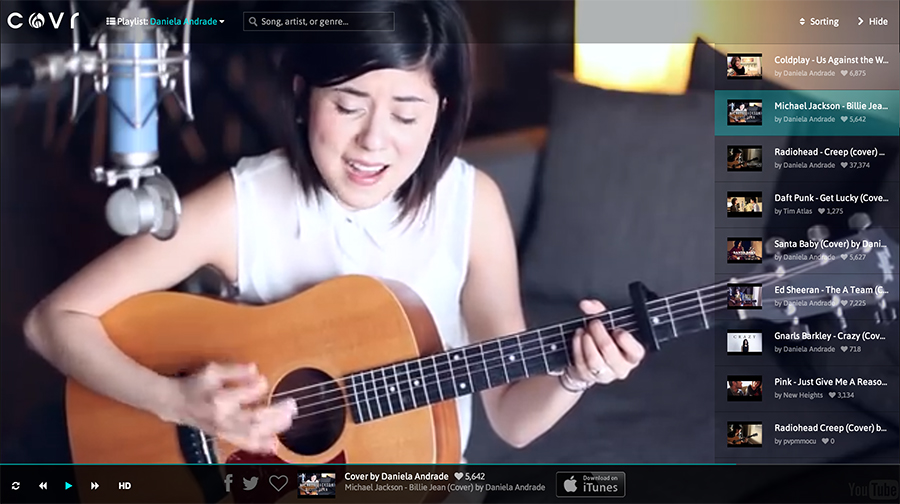 We made it easy for our users to share content through Covr. The discovery of great music longs to be shared. People love sharing tracks, artists and music videos. Much of our traffic comes from social platforms such as Facebook, Twitter and Reddit. Cover music videos go viral all the time, and when they do, it happens on Covr instead of YouTube.

3. How has Vancouver’s rising startup community played a role in the development of Covr?

When I first pursued entrepreneurship some years ago, it was not a popular career choice. Nowadays, entrepreneurs are celebrated around the world. Vancouver is no exception. Throughout the years, I have leveraged the growing number of incubators and competitions around the city. I gained a tremendous amount experience and exposure from Vancouver’s startup community through events such as SFU Entrepreneur of the Year, Surrey’s Top 25 Under 25 and the Coast Capital Venture Competition. I also built one of my startups, WittyCookie, out of the Venture Connection incubator space and learned from the comprehensive advisory network throughout the city.

YouTube sensation Boyce Avenue has 4.8 million subscribers and internet group Walk Off the Earth gathered 156 million views for one of their music videos. It is clear that a trend is brewing, one that is rapidly outgrowing the limitations of YouTube. YouTube is designed for video, not music. It lacks the basics elements of a music player, features like repeat. It is also packed with a ton of noise, from talk shows to sports highlights. Covr solves that problem through focus and a superior experience designed specifically for music lovers.

They say that an “overnight success” takes an average of seven years to accomplish. The many failures that I had to overcome ultimately built the entrepreneur I am today. Throughout my career, I have founded over 20 businesses, projects and organizations. Not all of these were success stories. Each time I fell, I got back up with more knowledge and experience to do better next time. Everything I know about building a business is from the many failures throughout my journey.

One characteristic I admire greatly is the ability to bounce back. The most inspirational stories are those who fall from great heights and climb back up even higher. I believe it is the defining trait for successful entrepreneurs. One such individual is definitely Steve Jobs. He built Apple from nothing, was ousted from his own company and went on to build Pixar. Whenever I fail, I remind myself that no fall can be greater than what Jobs had to endure.

It would be an honour to work with Ryan Holmes from Hootsuite. He spoke at one of my TEDx events back in 2011 where I had the chance to get to know him in person. Ryan is a fascinating entrepreneur and has truly escalated Vancouver’s reputation to whole new level. I am particularly impressed with how he leveraged the resources of Invoke Media to innovate through Invoke Labs, which eventually lead to the birth of Hootsuite. Constant innovation is something that excites me, and Ryan has proven very capable of such a feat.

Always be prepared to lose everything, no matter how great things seem to be. The business world is unpredictable. If you are not prepared for the worst, you will get knocked out by a sucker punch. Always have backup plans and alternatives, adaptation is the key to survival. Nothing remains the same, the market, the people, the competition, everything is in constant change. You must be watchful and flexible, always adapting and evolving. Take every challenge as an opportunity for growth.

My winning habit for building successful businesses is to always deliver value. Not just to users, but to every single stakeholder. Always think of what you can do for your customers, employees, investors and partners. Keep personal benefits at the bottom of your list of priorities. Successful entrepreneurs generate value for all stakeholders. They create value for their customers, foster great workplaces for their employees, generate returns for their investors and bring opportunities for their partners

Business is all about the people. Product, users, revenue, costs, competition, they’re all driven by people. Starting a successful business is all about managing those relationships. The stakeholders of a business are so far beyond just the owners. The recipe for a successful organization is the thoughtful management of relationships with employees, suppliers, buyers, investors, advisors, mentors, partners, users, influencers, reporters, lawyers, accountants and just about everyone involved. You can never neglect any member of the family.

Covr is off to a hot start and it’ll be exciting to keep a pulse on their growth for 2014. It’s still quite early to tell which direction it will go but with the talent of Michael and his team, it’s fair to be optimistic. And who knows, this Top 24 Under 24 young Vancouver entrepreneur might be following the footsteps of another Vancouver native, the 22-year old Forbes 30 under 30 winner, Brian Wong – again, only time will tell.