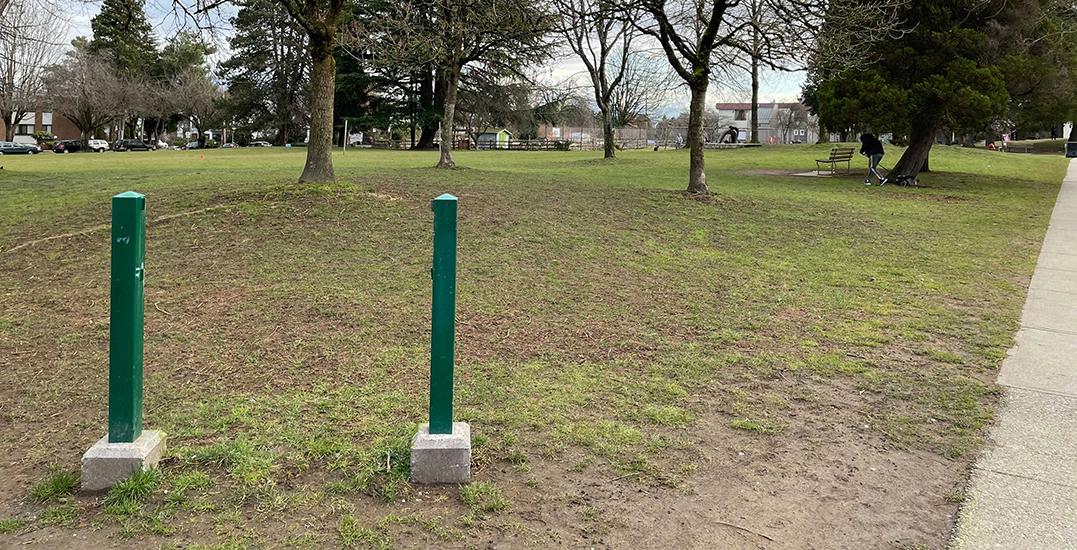 Vancouver’s Dude Chilling Park sign appears to have been removed.

Photos taken on Tuesday morning show that the fixture, which is located at 2390 Brunswick Street, has once again gone missing.

While it’s unclear what happened during this occasion, the coveted decoration has been stolen a number of times over the past several years. 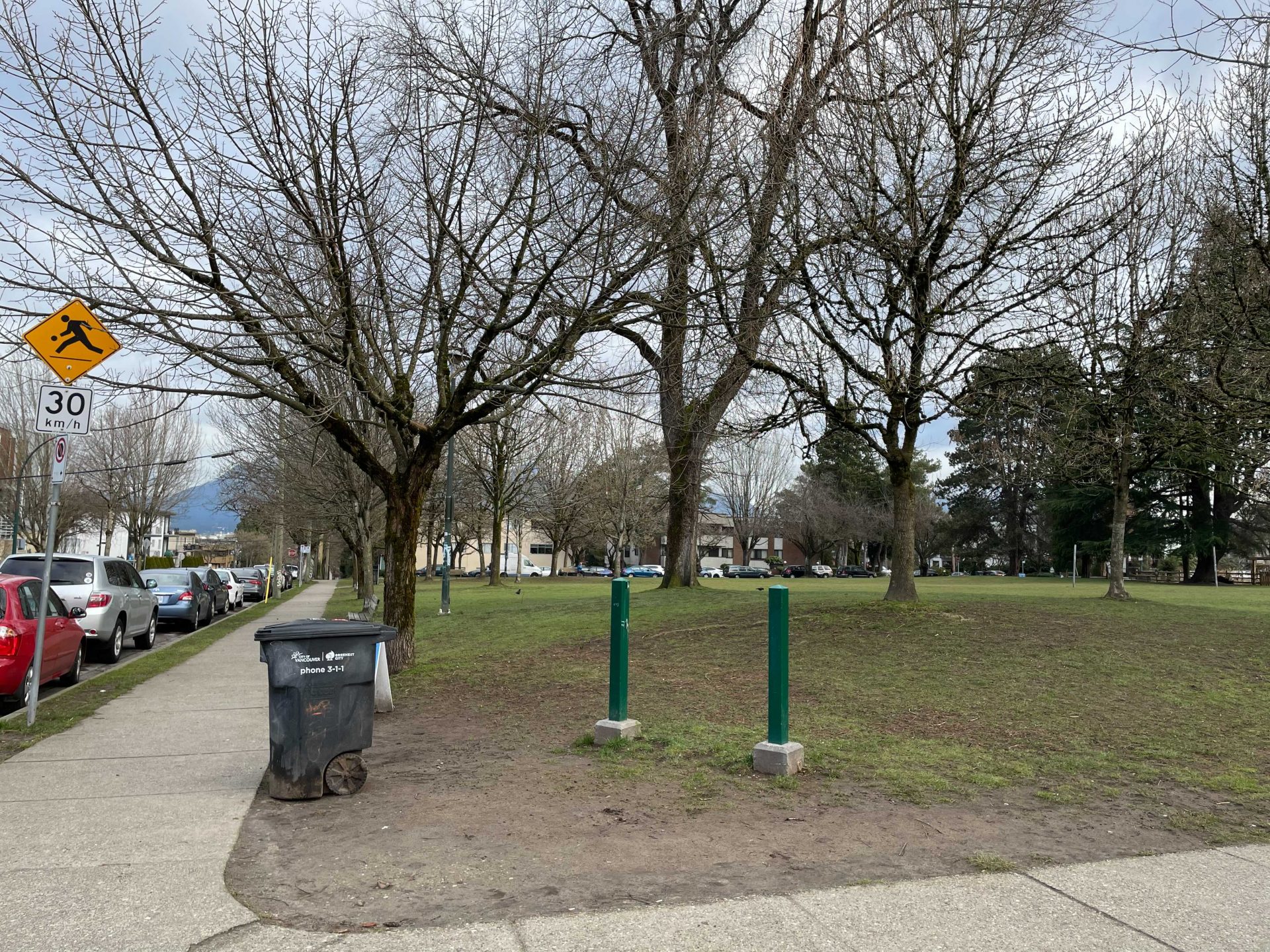 Closer photos show that the sign appears to have been cut or sawed off. 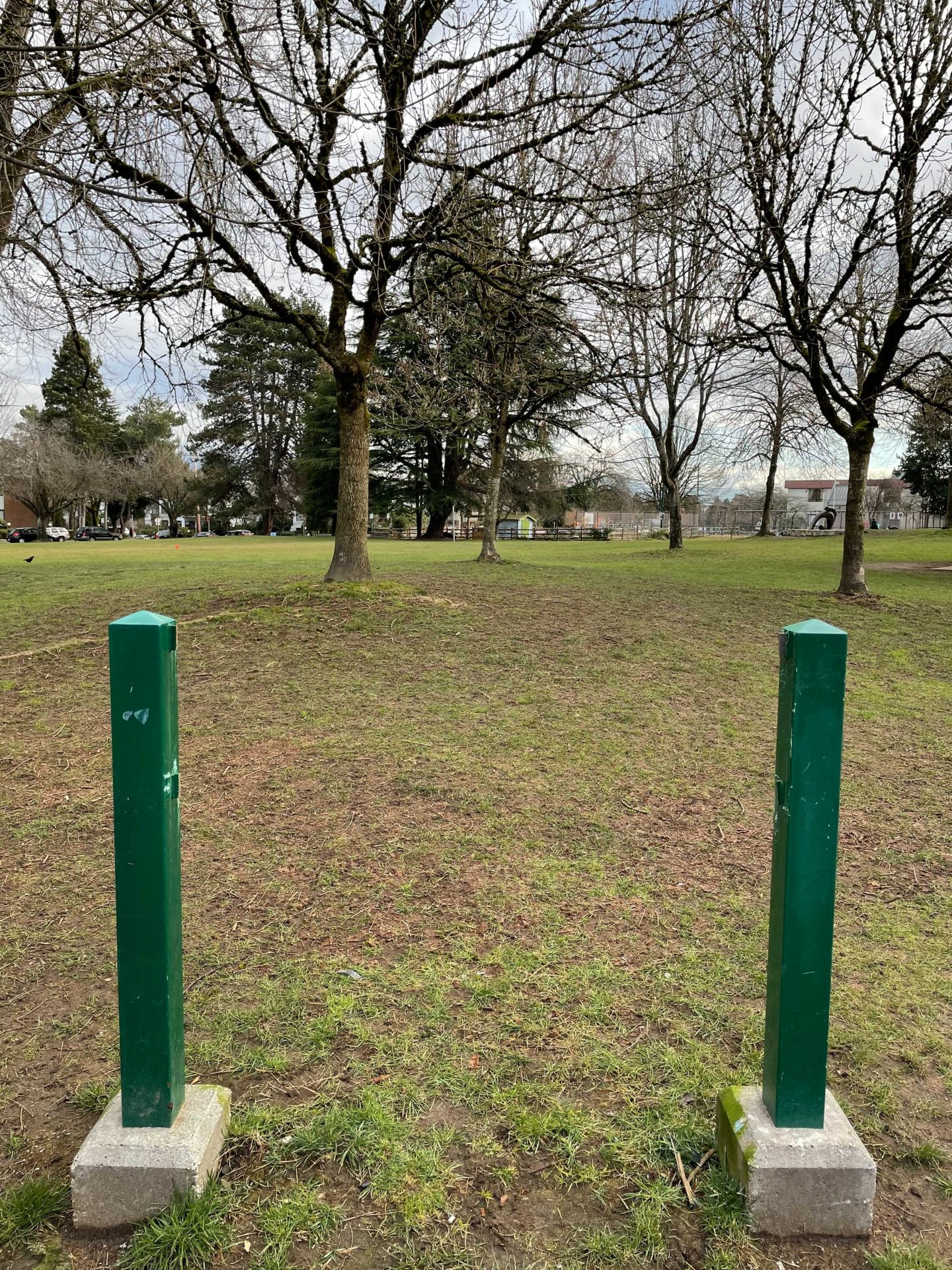 Photos show that the hinges that connect to the posts have also been removed. 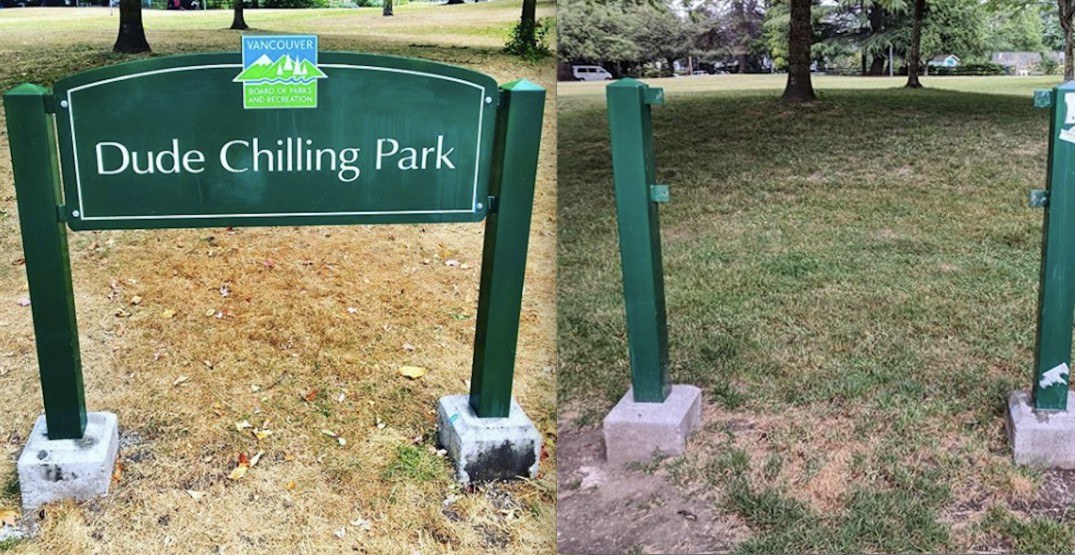 Daily Hive has reached out to the Vancouver Park Board for further comment.