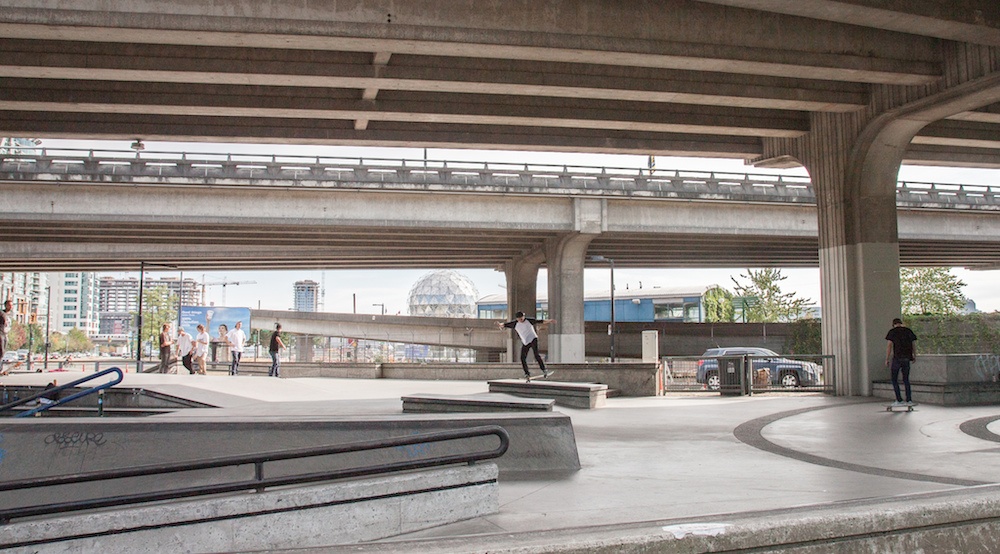 There are plans to provide the Downtown Skateboard Park Plaza under the Georgia and Dunsmuir viaducts at Quebec Street with an upgrade, even though the skatepark is slated for a demolition within the very near future as part of the overall demolition of the viaducts.

The work centres around reducing safety hazards, such as replacing aged granite banks and blocks, filling in asphalt cracks and joints, new concrete pours, and replacing the existing flatbar rail.

All of this work, scheduled to begin in September, is intended to improve the usability of the skatepark, which suggests the facility’s possible extended lifespan as a result of a shifted, or even an uncertainty, over the Northeast False Creek (NEFC) project and viaducts demolition timeline.

In an email to Daily Hive, the City of Vancouver says the demolition of the viaducts and the construction of a new ground-level arterial road network and new park expansion are scheduled to begin as early as 2021, emphasizing all of this is “subject to funding.”

Furthermore, phase one pre-construction work on Pacific Boulevard between Cambie Street to Pat Quinn Way could begin as early as 2020.

The cost of the upgrades to the Skateboard Park Plaza are coming directly from the park board’s $2.4-million budget of retrofitting skateboard and bike parks across the city through 2022.

Under the NEFC plan, the demolished Skateboard Park Plaza would be replaced by a temporary facility at another site, with previous early concepts calling for an interim skatepark underneath the south end of the Cambie Street Bridge, next to Olympic Village Station. The city says temporary skatepark will be of similar size, provide cover, have “street” style skate features, and be located within close proximity to the existing skatepark. It is expected the temporary skatepark will have a lifespan of at least five years, while the new park is being built. 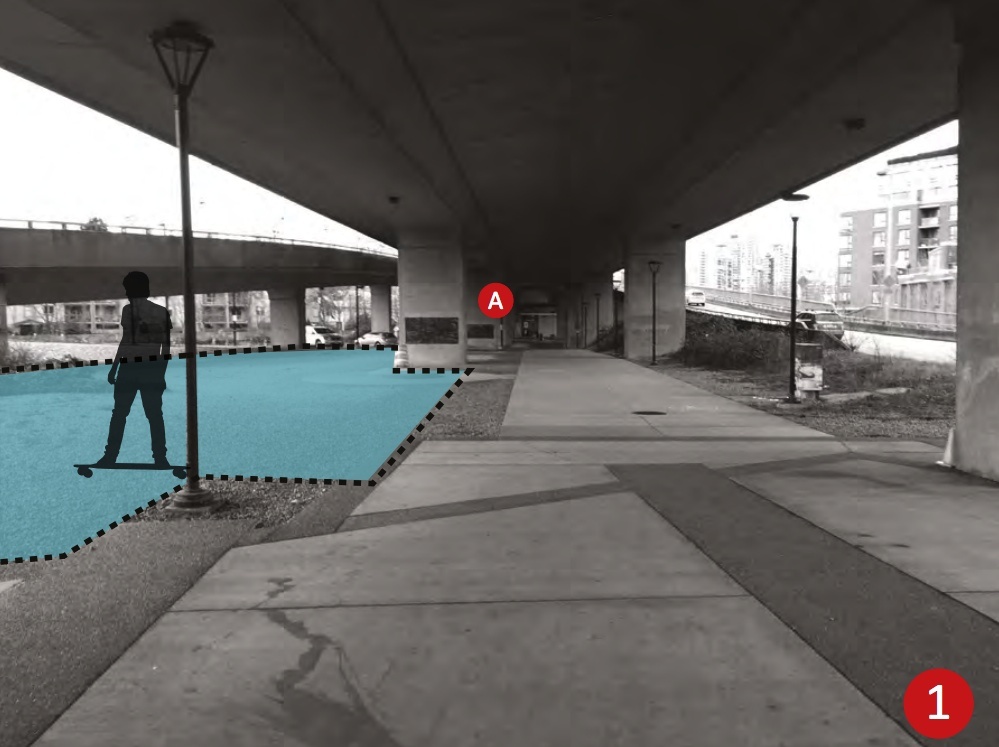 Location of the possible temporary skatepark on the south end of the Cambie Street Bridge, immediately east of Olympic Village Station. (City of Vancouver)

“The exact location and size of the new skate plaza is being explored through the NEFC Park Concept Design process, currently underway,” said the city.

“Park Board staff will continue engaging with the Northeast False Creek Park Design Advisory Group which includes a representative from the Vancouver Skateboard Coalition.”

Again, getting the ball rolling on any portion of the new district is entirely dependent on funding, specifically funding from area developers within the NEFC area.

In order to achieve the entire public benefits program of the Northeast False Creek Plan, which includes 1,800 social housing units for 3,250 residents and 30 acres of new and renewed open and park spaces, the municipal government needs to raise $1.7 billion.

The previously stated plan was to raise the vast majority of this public cost budget from developers, specifically from their market ownership residential units for nearly 10,000 residents.

Since council’s approval of the NEFC plan in February 2018, the housing market has seen a seismic shift — and this is certainly not good news for the delivery of NEFC.

Last week, MLA Canada released a mid-year market report, with data noting a significant 47% decrease in the total amount of pre-sale inventory in Metro Vancouver during the first half of 2019 compared to the same period in 2018.

The local housing industry is seeing rising inventory levels and projects taking far longer to sell, and in response developers are holding their projects until 2020 or more favourable conditions.

“The NEFC Plan and Viaducts Replacement Project is a self-funded project, and any infrastructure and park works are contingent upon securing funding through development,” continues the prepared statement.

“The anticipated timeline assumes that development proposals and final approval from Council proceed as expected, but may change should these proposals be delayed.”

Rezoning proposals for the Plaza of Nations redevelopment by Canadian Metropolitan Properties and a BC Place Stadium residential tower by Pavco were approved by the last council just before the civic election, with the latter approved with conditions, stipulating rental housing.

The previous council was also scheduled to consider the rezoning for Concord Pacific’s portion of NEFC, but they ran out of runway to consider the proposal before their term ended. 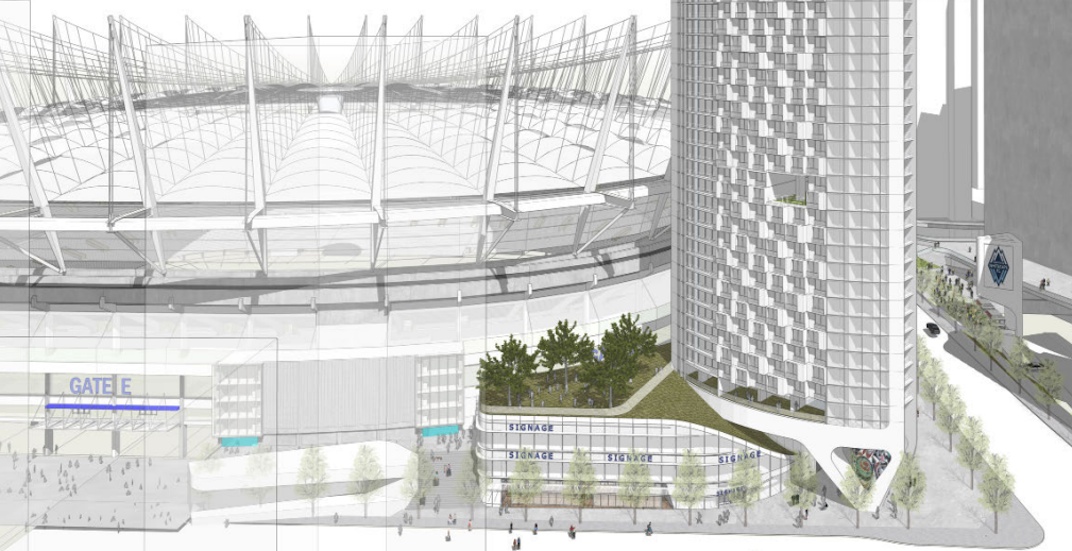