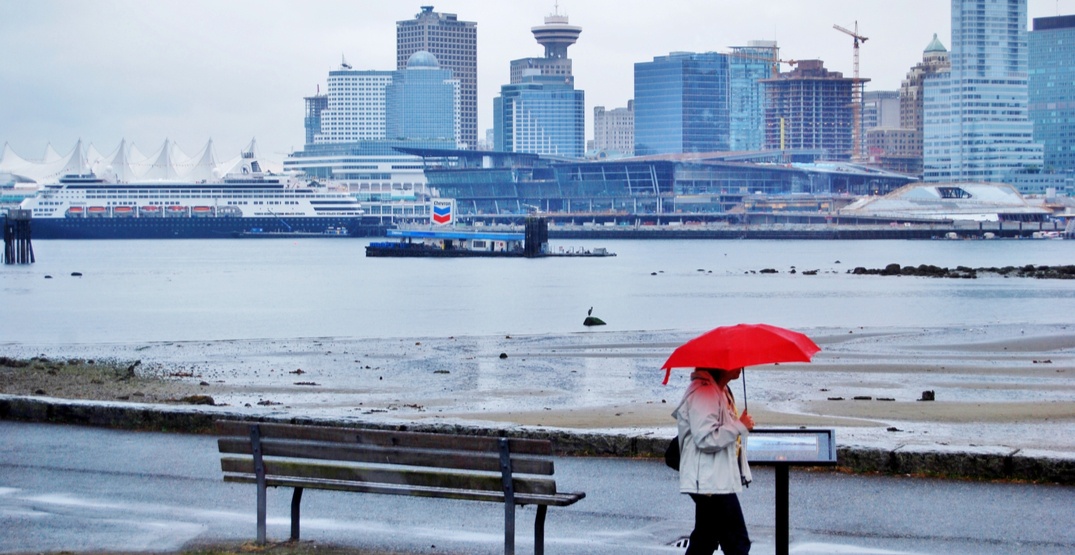 September’s showers were no joke.

Over the last 30 days, the Lower Mainland saw harsh downpour and several days of flash flooding. So just how bad was last month’s rain?

According to Environment Canada meteorologists, Vancouver saw nearly two-and-a-half times its average rain. According to a tweet from ECCC Weather British Columbia, the city’s average rainfall during the month of September is 50.9 mm — September 2019 saw 122.2 mm, 240% higher than the monthly norm.

In addition, Vancouver’s historical average for the number of days with rainfall is 8.3. Last month saw more than double that amount — 19 days.

Think September was wet? Well you’re right! Much of BC, particularly the southern half, received more than double the normal amount of rainfall. Furthermore, there was a greater number of days with recorded rainfall than average. #BCwx pic.twitter.com/Nw71VSrsVm

So what’s in store for the rest of the fall?

According to The Weather Network’s fall forecast and winter preview, British Columbia is expected to have warmer than normal temperatures for the season.

The weather authority says that although stretches of dry weather are likely to come, they’ll be balanced by periods of wet weather that will “overdeliver with above normal rainfall.”