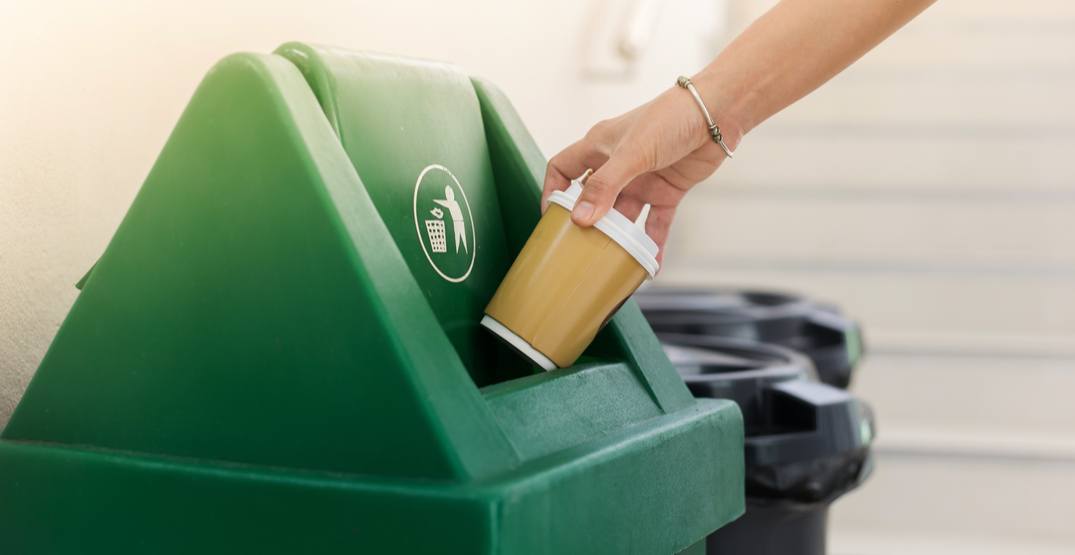 Every week, 2.6 million disposable coffee cups and 2 million plastic bags are thrown in the garbage in Vancouver.

Now, after announcing last year it would begin taking steps to cut down on this amount, the city is inviting the public to provide feedback comment on a draft of its Single-Use Item Reduction Strategy.

The city say it has has worked with residents and businesses to create a “made-in-Vancouver strategy” for reducing the consumption of single-use items.

The results of these consultations have been put into a strategy which the city calls “bold” action: Essentially, to reduce use of plastic and paper bags, disposable cups, and plastic straws. It also includes a recommendation to ban foam cups and containers.

The draft strategy is now available for review in a final round of consultations starting today.

“I’m pleased to see the City taking another big step towards our Greenest City goals,” said Vancouver Mayor Gregor Robertson.  “We’re hearing strong support from businesses, environmental groups, and the general public who want to take action to reduce litter and the plastic garbage that’s polluting our oceans, and help us reach our zero waste goals.”

Like other cities around the world, he added, Vancouver is “struggling with litter and waste from disposable items like plastic bags and straws, coffee cups and polystyrene foam containers.”

Cups and take-out containers make up about 50% of all items collected in public waste bins and a significant portion of litter on Vancouver streets.

Despite their convenience, the city noted that it costs Vancouver taxpayers $2.5 million a year to collect these items from public waste bins and to clean up as litter.

Priority actions outlined in the drafted strategy include introducing reduction plans for disposable cups and plastic/paper shopping bags. Some of the choices would include:

In addition to recommending actions on reducing single-use items, the draft strategy has also been designed to “provide flexibility and choice” for businesses in order to make the transition manageable, and proposes a number of secondary actions that focus on education and outreach.

It also recommends support for moving toward greater standardization of waste reduction policies, such as providing support for Metro Vancouver’s work to develop a regional reduction strategy to deal with the issue.

How to provide feedback

Feedback on the draft strategy will be accepted until April 13, 2018 and there are number of ways residents can submit their thoughts:

The feedback received from this round of consultations will help to inform the Single-Use Item Reduction Strategy, which is expected to be presented to Council on May 16, 2018.