Elizabeth Anne, a 28-year-old entrepreneur from Vancouver, Canada, has created a unique fashion innovation that she dubs “the world’s first purse for your feet,”  a luxury line of women’s boots with patented interior pockets custom made to fit smartphones, house keys, credit cards, cash, passports and other items.After a two year journey of coming up with the concept, designing the boots, patenting them and having them manufactured, the boots, called “Purse n Boots”, were made available to the public in 2012.

“I came up with the Purse n Boots concept when I would go out on the town with friends to dance,” says Elizabeth. “I would never want to drag my purse around so I’d keep my cash, cell phone and credit cards in my boots. I’d end up at the end of the night with change by my feet and a lost cell phone! So, I thought there must be a better way.” 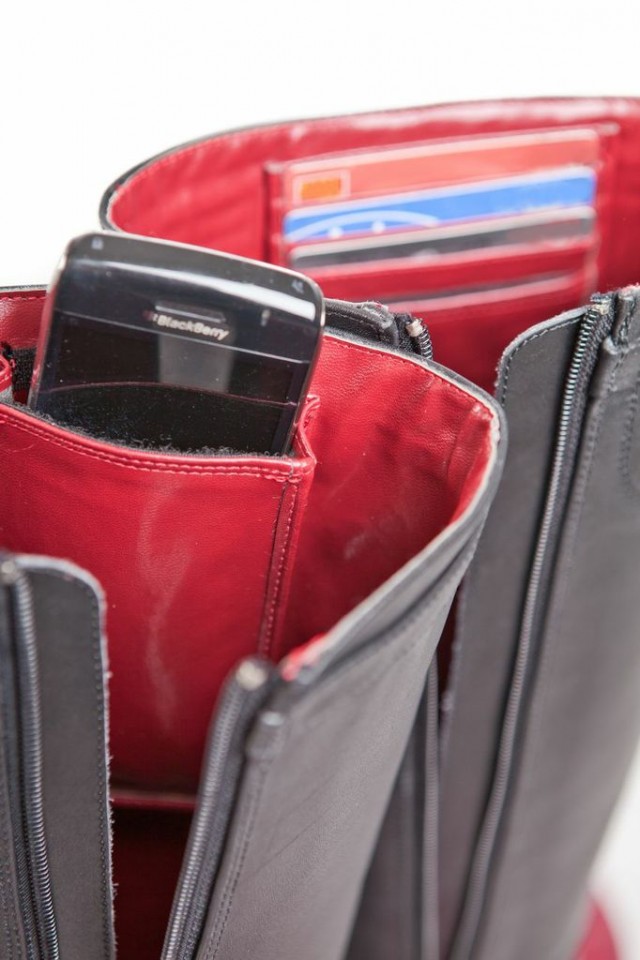 Since the initial release of the classic design in 2012, public interest has been so strong that Elizabeth Anne decided to introduce a new line of “Purse n Boots” in 2013, including a walking boot, a cowboy boot and a West Coast suede boot.

“We hope to make this a worldwide phenomenon,” says Elizabeth.