When I lived in New York you could always find me in one fo two places: the Pratt ID studio or on 5th avenue visiting the museums like MOMA, the Met, Cooper Hewitt and so forth. I’d visit an exhibit, see some classic design favorites and then be told to maintain my distance by museum staff. This interaction is one reason I became a designer; I wanted to make my own objects that I could touch as much as I bloody well pleased. Fortunately, I discovered stores like Design Within Reach that sold designer furniture and were not averse to my scrutiny. In fact, they welcomed it.

Since I moved to Vancouver I’ve had to more actively seek out culture and inspiration. Truth be told, for all the great things this city has to offer, it can seem sparse in the arts and culture department. There is, after all really only one major art gallery here. But I’m not complaining. In fact, I think this is actually a great analogy of the way Vancouver works. We do things ourselves. In lieu of an established network of galleries and museums, local designers, artists and enthusiasts have taken it upon themselves to fill in the gap. This births hipper and more topical exhibits. Additionally you get to meet the curators in a very casual atmosphere and hobnob with true believers in culture rather than random tourists. As you read this, the AGO in Toronto is gearing up to display over one hundred Picasso works. But, you know what? I’ve seen Picasso. And I can see him anytime. This is Vancouver; it’s about letting the saplings have some of the light so they too can one day grow into Tofino sized legends.

In previous posts I’ve covered some galleries like 221A and studios like 1000 Parker. Today’s highlight rounds out the trinity of design and culture disseminators: retailers (read enthusiasts) and why they are important to the contributing to the eventual tipping point that this city seems to be approaching.

Until only very recently there existed a store in Gastown in some ways similar to Design Within Reach, NOOD (New Objects of Desire). They were very hospitable but, unlike DWR, all the pieces were knock offs. Great for helping bring high end modern furniture to the masses, not so great for the designers. Fortunately or unfortunately the store was situated right across the street from InForm, one of the pre-eminent design stores and purveyors of the authentic pieces. InForm, in contrast, is a store that just breathes design. It’s organized like a museum and it has a good mixture of the classics as well as new wave design. Indeed, the very space was designed in conjunction with Omer Arbel, an increasingly familiar face on the Vancouver design scene and a fellow proponent for advancing the culture. Inform services the downtown crowd mostly and is a great place to go for inspiration. They are ever expanding and have two more locations in the vicinity each aimed at more specific clientele than the main store on Water Street. 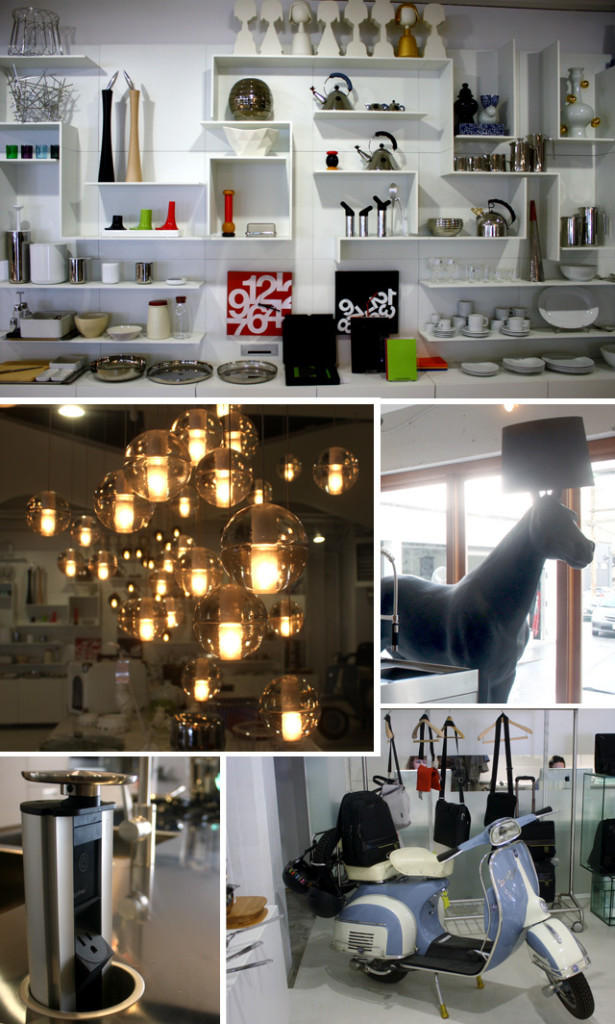 Inform, however, is not the only design wonderland in town. Established on 10th and Kingsway in 1988 Livingspace has now come on to the scene in a much bigger way with their move to the old Mitchell Press building at 1706 West 1st Avenue in the Armory District of Kitsilano. I remember passing by this building on the way to school and wondering who was moving in. Workers were busy restoring and renovating the facade and painting it white. It turns out that our old friend Omer was at work again. The five storey building is owned by Bocci and houses the Bocci studio as well as the Masters degree program studios for Emily Carr University. The first two floors are the visual focal point of the structure. Once again, Omer has lent his skills to create another visually stimulating interior: Project 33.0 AKA Livingspace.

The first time I walked in I was met with a beaming smile from El, one of the resident interior designers. It was refreshing to be in a space full of expensive furniture and objects without feeling like I had to avert my gaze from the employees. I even got to meet the president, Ross Bonetti, that day. There was no red tape or protocol. El simply led me to his office and we sat down, chatted about design and bikes and then he took me on a tour of the space. I felt like a kid in a candy store minus the ever watching of the proprietor. This candy man let me touch everything in site. In fact he encouraged it. And this seems to be the big idea behind Livingspace: High design, friend’y people, no pretentiousness. The staff I managed to meet in the days since I’ve revisited are all laid back but hard working design gluts. My kind of people.

The space itself is very unlike other stores in town. The staircase is re-imagined as a multifaceted gem. It’s complex and geometric. You notice that the view below is mostly obstructed and the only thing you can see is the sky if you look up, a bamboo tree if you look right and some display pieces resting on the large landing if you look anywhere else. It seems as though the structure is planned to keep your eyes on the prize by gradually directing your view to the next floor where the bulk of the collection is housed.

Complementary design elements repeat inside with virtually no level faces along the dropped ceiling but instead conical alcoves. The store is divided very cleverly creating separate rooms for different themes. The staff actually curate everything like a museum. And, also like a museum there are spaces set up for events and guest speakers. This fact intrigues me in particular. I can already imagine a crowd of people sitting on awesome furniture as some illustrious designer carries on and inspires.

Being a tenant to Bocci has some perks too. The other studio that this building houses is the glass blowing workshop where Bocci’s lights are produced day and night. Skilled craftsmen keep the kilns going into the late hours as they dutifully make piece after piece with deceptive ease. I met the evening shift craftsmen who, despite their gruff appearance, were the friendliest and most affable people I’ve met. Jeff Burnette and Will let me watch as they crafted the 28.0 lights one after the other. I must have watched them go through this at least a half dozen times, my expression betraying my awe. To someone like me getting this close to the actual production of a great design object is a rare treat. Imagine my delight when I was allowed to watch it as much as I liked. (DISCLAIMER: Jeff and Will are very busy. It took some tact, etiquette and the establishment of a real friendship in order for me to even be allowed to stand around with my camera and not get in their way. I would have been satisfied to watch from afar. I suggest you consider the same is enough unless you actually want to be their friends too. Although they work with their gates wide open to plain sight, it is by no means a tourist attraction).

In essence, the Mitchell Press building is like a citadel of productivity and a microcosm of the design industry. You’ve got student designers, professional designers, and then the retailer where the products of said desingers end up before they are bought. moreover, the employees at Livingspace are either Industrial or Interior designers. They don’t just sell furniture, they will visit your space, actually produce CAD models of it  and find the right solution from their vast array of catalogues, samples, and experience. These are professionals. Make no mistake.

So, in reality, Vancouver is only plain on the surface. If you look twice though, you will find it’s actually very rich in art and design culture. The trick is you have to be willing to go and meet it where it lives: in the very studios where it is created, the small galleries in your community, and the retailers who sell it. Culture in Vancouver is a communal activity. In fact, that is what my column is really about. I strive to do my best to unearth the inspirational opportunities available and help you get to know the people behind them. I do the legwork. If you’re averse to new interactions with interesting people then maybe the Vancouver scene is not for you. For the rest, I look forward to meeting you out there. 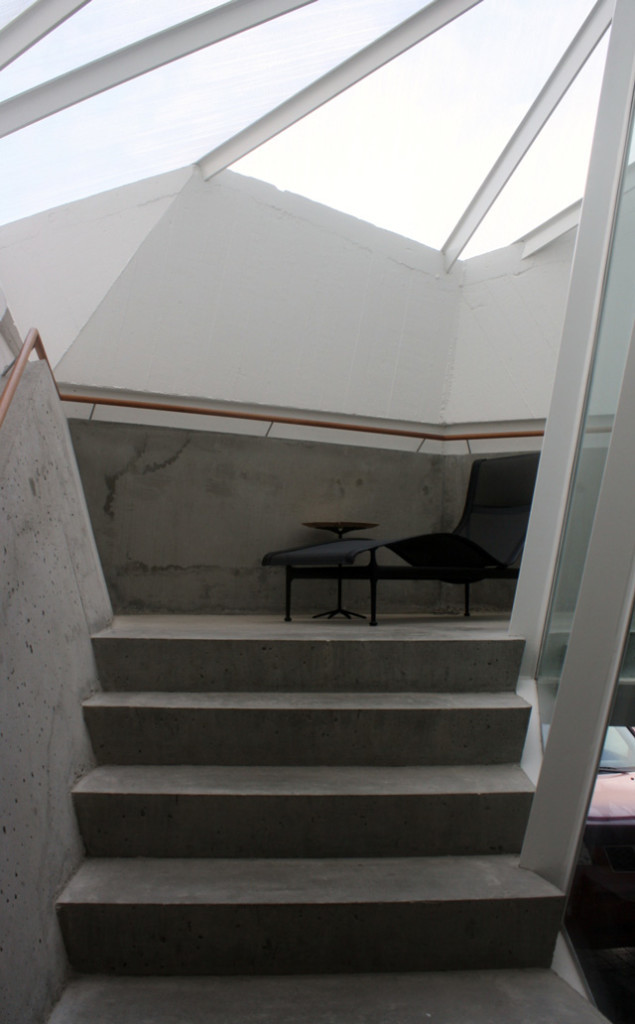 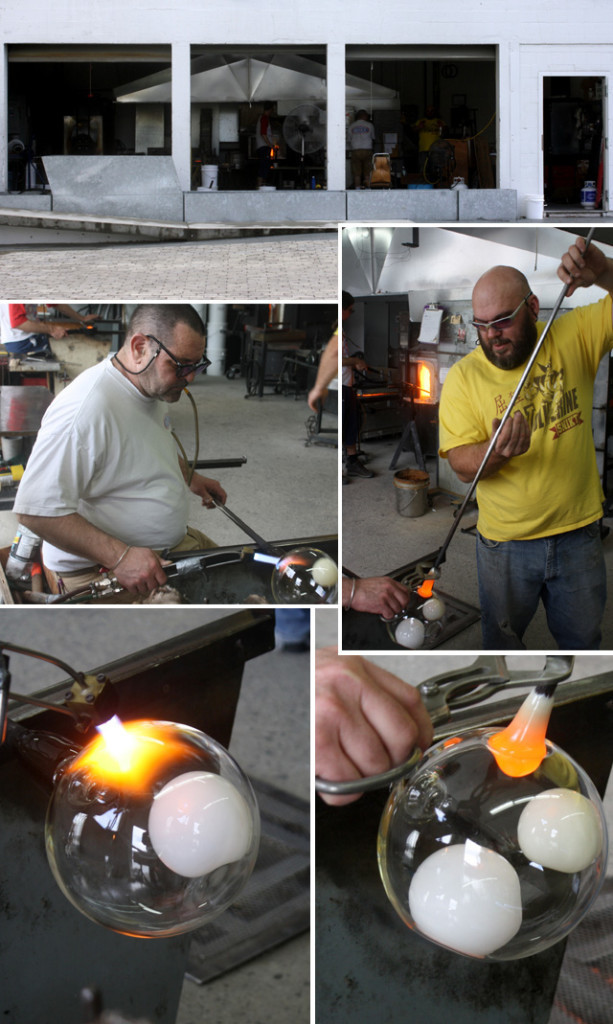