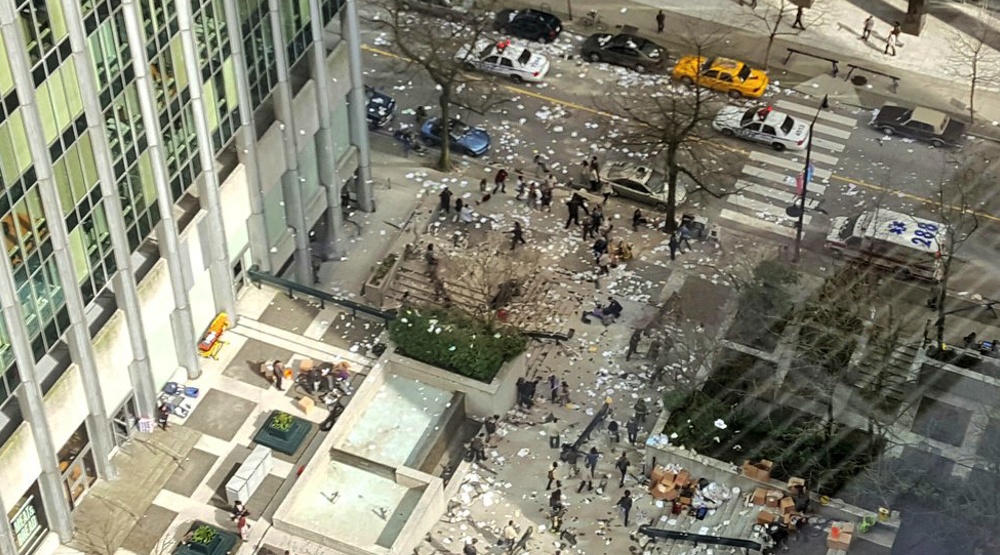 If you were wondering why downtown Vancouver looked like a bomb had hit it today, we have an answer for you.

Daily Hive has learned the explosion scene was all part of filming for the second season of TV show Travellers.

Producer Felix Kay tweeted from the set earlier on Monday:

The time-travelling sci-fi show is set hundreds of years from now, and stars Eric McCormack and MacKenzie Porter.

In the world of Travellers, humans have almost been wiped out, but have discovered how to send consciousness back in time to a host body. 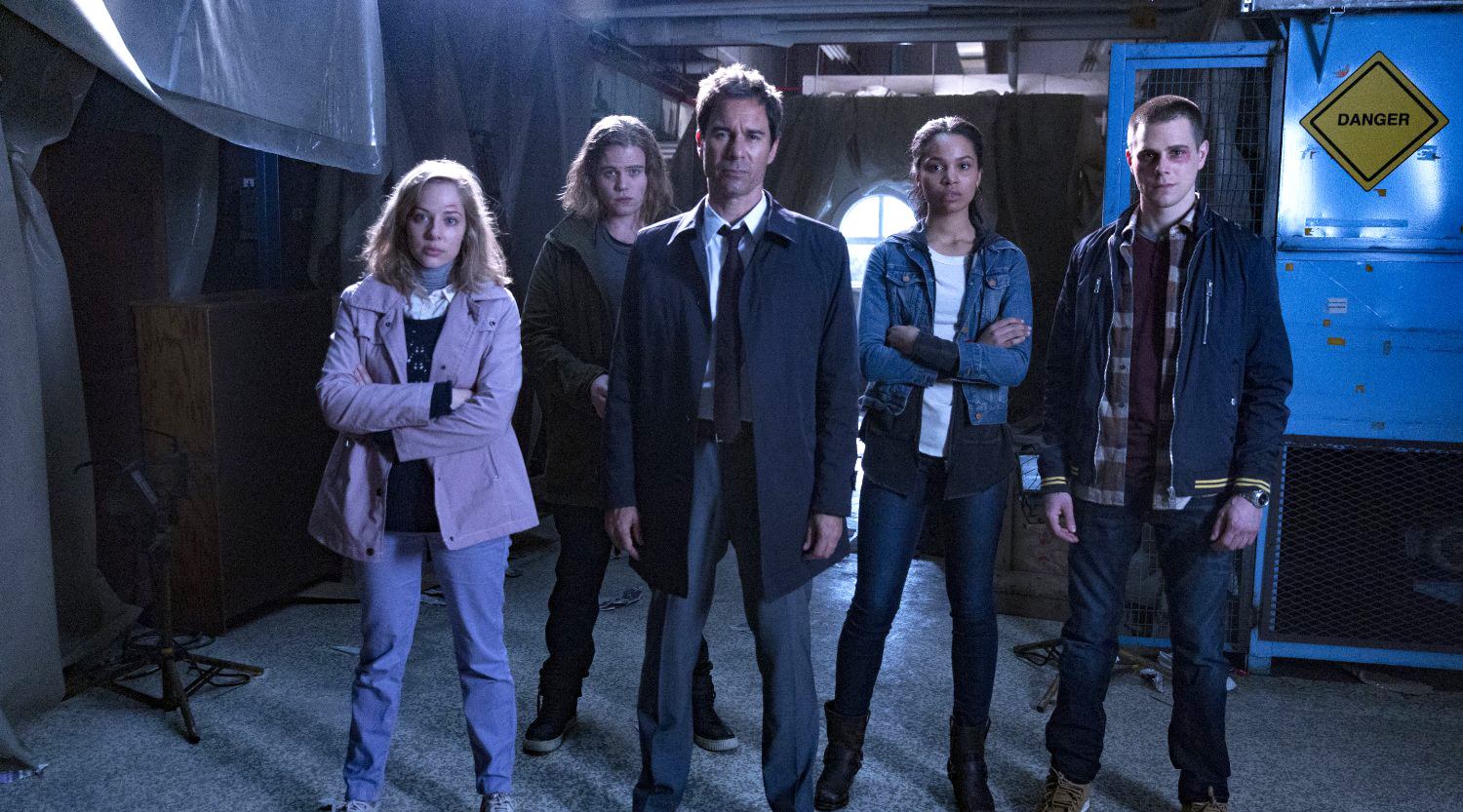 The cast of Travellers (Jeff Weddell/Netflix)

In a bid to prevent the human race being decimated, humans in future return to the 21st century, where they try to save humanity.

Who knows what impact today’s explosion had on the fate of humanity… We’ll just have to watch Season 2 to find out.