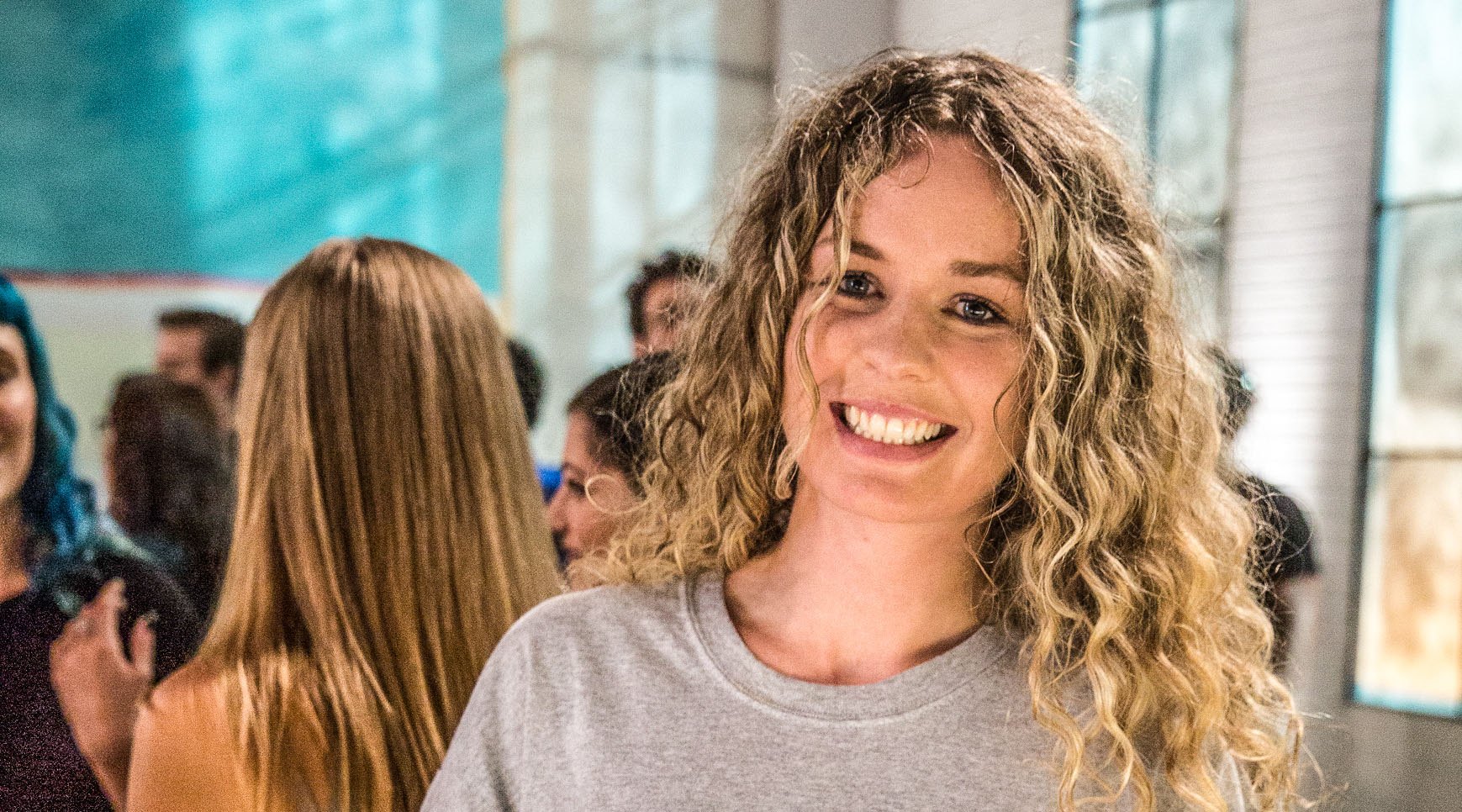 Two artists from Metro Vancouver are set to feature on Crash Gallery this weekend, a CBC show which features artists creating artworks in real time.

Three artists compete in two different artistic challenges, from traditional painting to graffiti art and sculpture, in front of a panel of critics and studio audience.

Carling Jackson, a humanitarian artist from Vancouver, and Julia Monk, a multimedia artist from Burnaby, will be competing against speed-painter Allan Andre from Ottawa.

The three artists will initially compete in a window advertising paint-off, before the best two compete in the show’s first ever underwater painting challenge.

Jackson, 29, who is also an activist, youth outreach worker and teacher of adult art classes, told Daily Hive being on the show was amazing.

“Just revelling in creativity and change with two other amazing artists; sharing our artwork, talking about art, talking about using it to make social change was the best part!

“We competed in solidarity. It was a beautiful experience and we became friends, stay in touch and support one another.” 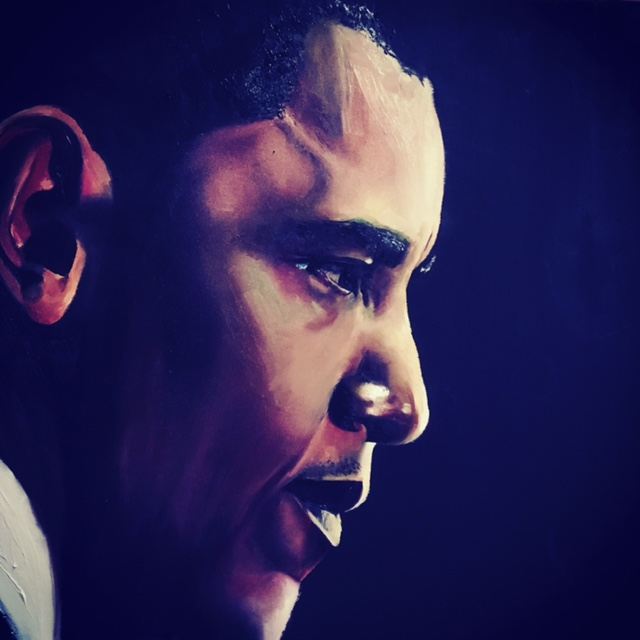 Although she found the art battles on the show very hard, Jackson says she’s glad she had the chance to spread her message of solidarity.

“I had a platform to stand up for people who might not otherwise have their concerns voiced… and this was extremely empowering.

“A young man from Brazil came and thanked me for standing up for his people afterwards. We were both practically in tears.”

Meanwhile, Monk, 26, who is an acrylic painter, photographer and actress, says she loved the experience of working with Jackson and Allen for the show.

“My days right now consist mainly of painting or auditioning during the day, and working my two day jobs of photography and serving tables at Red Robin at night,” she said.

“Working with Carling and André for Crash Gallery was just a dream come true, they are both phenomenal artists and now friends of mine.”

Now that my client has had her pup hand delivered and is in #love with her #commission #oneofakind #artwork I can finally post! I had so much fun creating this piece and just love the finished product. Hope you enjoy Kate! #dog🐾 #painting #canadianartist #painter #acrylicpainting #photooftheday #popart #graphicartwork #portraiture #petportrait

Humanity art ‘forces us to feel’

“We see that you don’t need a fancy studio, expensive art supplies, or a degree in fine art to create something,” said Fraggalosch.

“The show is really a celebration of spontaneous creativity. Don’t overthink it – just go and make something!”

He said Crash Gallery not only showcased local Canadian artists’ work, but also their personality and inspiration.

“Jackson’s humanitarian art is a great example of the power that art can have in presenting issues and ideas and even changing minds and lives,” said Fraggalosch. 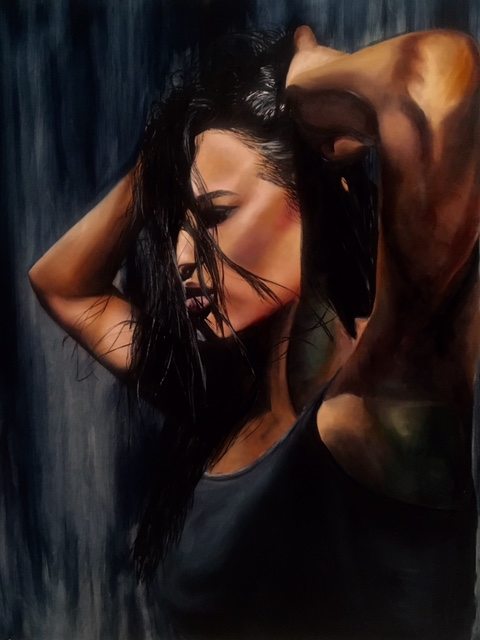 “We are currently living in a world that encourages us to speed up, to reproduce what we see, to consume,” said Jackson.

“Art for social change forces us to pause, to stop, to reflect and most importantly to feel.”

Jackson said she also had another reason for appearing on the show – to show that young women don’t need to sexualize themselves to be on TV.

“Following your passions, your dreams, listening to your creative self and working hard can get you where you want to be,” said Jackson.

“Practising your creativity, engaging using the right side of your brain, can assist you in every part of your life.”

You can watch Crash Gallery this Sunday, February 12 at 9:30 pm on CBC or online. 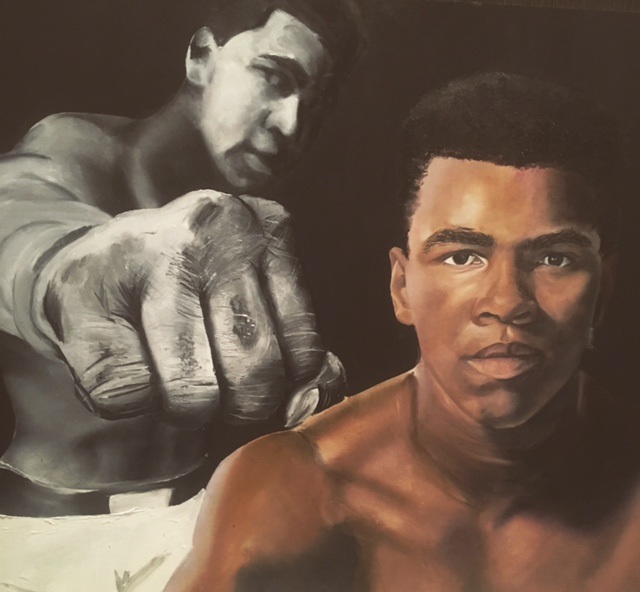