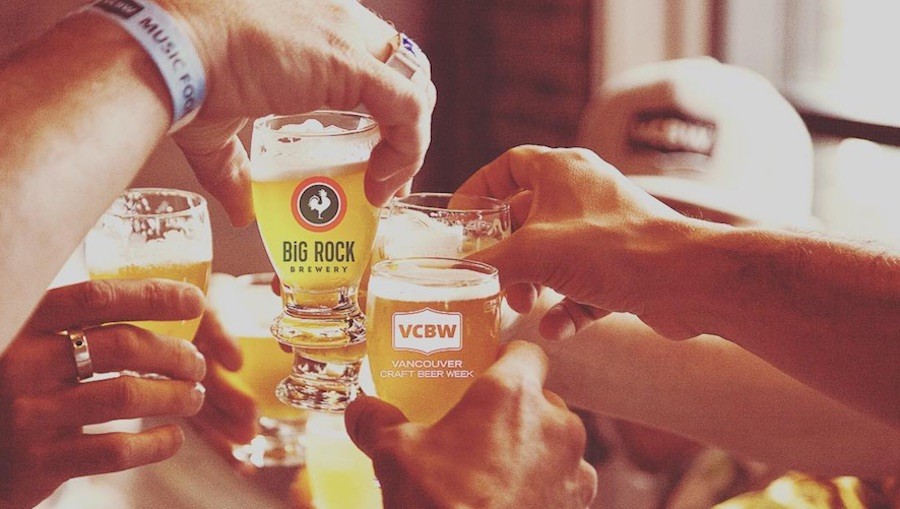 Vancouver Craft Beer Week is back for 2017 with a schedule full to the brim of exciting ways to celebrate all things brew-y.

From epic tasting sessions to special parties and the big festival, VCBW 2017 has something for every kind of big time beer lover.

Nearly 100 breweries will be pouring at one time or another as part of the 10 days of craft beer programming.

One exciting beer is the one that’s been made just for the fest. For the 2017 collaboration brew, the spotlight is on what’s known as “Brewers Row” in Port Moody, where Yellow Dog Brewing, Parkside Brewery, Moody Ales, and Twin Sails Brewing are located, in a row. Brewed at Yellow Dog, the VCBW special release is called Hazy Pale.

It’s an ale with notes of passionfruit and guava, and partial proceeds of this special beer will be donated to the BC SPCA.

There are 10 special events as part of VCBW, including and leading up to the big weekend festival that takes place at the PNE fairgrounds.

Don’t procrastinate; tickets to some of these prime VCBW events will sell out!

When: May 26 to June 4, 2017
Where: Various locations in Vancouver
Tickets: Purchase tickets to each event online