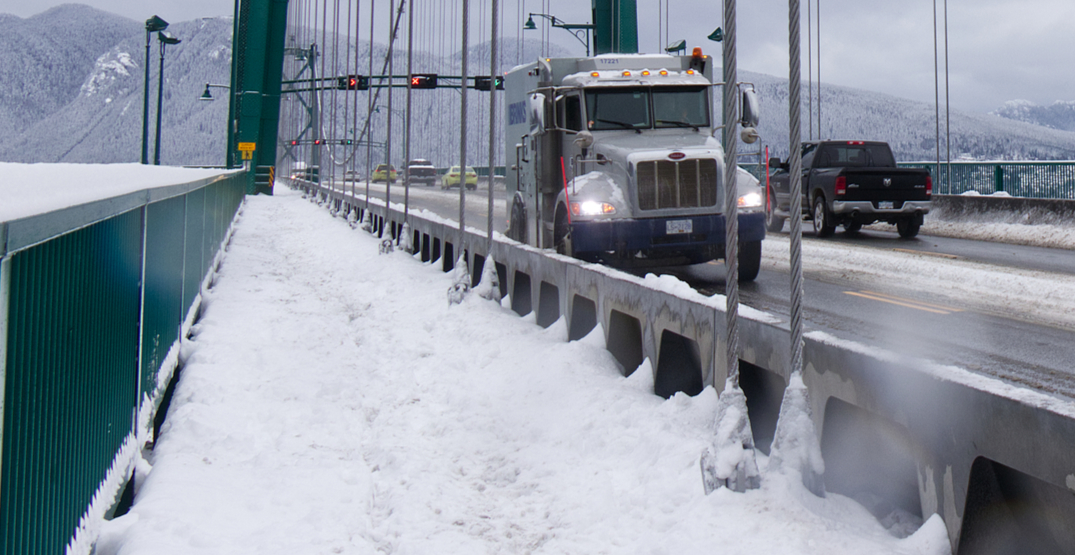 After last month’s snowfall in Vancouver, one city councillor has brought forward a motion asking the city to review its snow removal protocol – particularly when it comes to clearing sidewalks.

In a motion this week, Councillor Sarah Kirby-Yung says that although the city has equipment designed for clearing roads and bike routes, it “lacks sufficient or appropriate equipment specifically designed to clear sidewalks and high priority pedestrian areas of the city.”

This, despite the fact that “walking is the highest priority mode in the City’s transportation hierarchy and central to the City’s Climate Emergency Response.”

She adds that “maintenance and cleanliness of roads and sidewalks, including extreme
weather response and dealing with snow and ice, are among the core, most
basic jurisdictional responsibilities of local governments such as the City of
Vancouver.”

Therefore, the city and council should “remain open at all times to new and better ways to adapt to conditions and to meet the evolving needs and expectations of the city’s residents, visitors, and businesses,” her motion states.

As such, Kirby-Yung’s motion seeks to direct staff to identify “high priority pedestrian areas and sidewalks” in the city and report back in May of this year “with information and recommendations for incorporating these areas and sidewalks into the city’s snow protocol and response strategy.”