With the advent of ride-hailing now inevitable, the City of Vancouver has proposed a number of new measures that could help reduce the possible increased congestion as a result of the launch of the new services, including new fees and various new strategies on where vehicles can pick-up and drop-off passengers.

City council will deliberate next week on a number of city staff recommendations based on the lessons learnt from other cities that have adopted ride-hailing.

“Ride-hailing can offer an alternative to private vehicle trips, increasing transportation options for late night workers and for those planning to consume alcohol. Ride-hailing can also complement rapid transit as a first/last mile travel option and provide flexible employment for full and part-time workers,” reads a city staff report.

“These on-demand travel options also create challenges to the transportation system. In many major cities, ride-hailing is showing to increase congestion with more cars on the road, deadheading trips, and illegal stopping activity, most often in urban areas with the highest access to transit and active travel.”

According to the city, all of the proposed municipal policies are permitted under the framework established by the province’s Passenger Transportation Board, which is responsible for regulating rideshare in all jurisdictions.

A significant policy proposed is a Congestion and Curbside Management Permit (CCMP) for the region’s Metro Core — the area defined as the entire downtown Vancouver peninsula and the Central Broadway Corridor, which are areas that are most likely to see a high use of ride-hailing.

The fee, in effect daily from 7 am to 7 pm, is proposed at $0.30 per pick up and $0.30 per drop off. But the fee will be discounted at $0.15 for zero-emission vehicles, and no fee will be applied for accessible vehicles.

“Today, congestion within the Metro Core is already prevalent, even without the additional pressure of ride-hailing,” reads the report.

“An added advantage to focusing on this daytime window is that the city is not adding any additional cost barriers to ride-hailing activity that serves late night demand. During late night periods, many individuals may rely on these services to avoid impaired driving or to avoid situations on the transportation network which they believe to be unsafe.”

If the CCMP is approved, it would come into effect on January 6, 2020.

The municipal government is proposing a new “consistent licensing scheme” for all ride-hailing, taxi, and limousine companies in an effort to “provide a level playing field.”

These companies would pay a $155 annual company license, plus $100 annually per vehicle. But the vehicle fees will not be in effect for zero-emission and accessible vehicles.

Currently, annual vehicle fees are established at $616 per taxi and $235 per limousine.

“These fees are intentionally set low to not excessively restrict a local or small TNS operator from entering the Vancouver market,” the report continues. “The fees are also set at the same level across the industry to reflect council’s desire for a level playing field.”

But in exchange for the licenses, ridehailing companies are mandated to submit monthly trip and vehicle data to help the city monitor traffic impacts and audit the effectiveness of the CCMP.

City staff anticipate the CCMP could generate $200,000 to $400,000 in new annual revenue beginning in 2020, which would go towards the anticipated $40,000 start-up costs of the policies and the $100,000 annual cost of processing and analyzing taxi and ride-hailing travel data.

Significant reductions in the taxi and limousine licensing fees will also reduce revenues by $500,000, but the city expects the loss will be made up under the new licensing framework and be revenue neutral.

As another measure to reduce congestion and to promote “safe” activity, the city will establish 30 additional passenger zones for pick-up and drop-off within the Metro Core. These new zones, adding to the existing 270 passenger zones, will be ready by the end of this year.

“On an on-going basis, staff will install passenger zones within the city based upon requests, observations, and data provided by ride-hailing and taxi companies,” adds the report.

“Similar to taxis today ride-hailing vehicles will be allowed to stop in metered spaces for up to two minutes, while actively picking up or dropping off passengers.”

Additionally, the city says it plans to work with ride-hailing companies to establish geofencing — a “virtual perimeter” on ride-hailing apps that restricts where pick-up activity can occur.

“Geofencing is commonly used in airports, transit stations, during major events and other high activity locations,” the report notes.

“It should be noted that as the city engineer is authorized to limit where classes of vehicles may stop on city streets. Accordingly, passenger directed vehicles that contravene street stopping regulations set by the city engineer may be subject to fines.”

Subject to final PTB application approvals and driver recruitment, ride-hailing companies like Uber and Lyft plan to launch later this year, just in time for the holiday season. 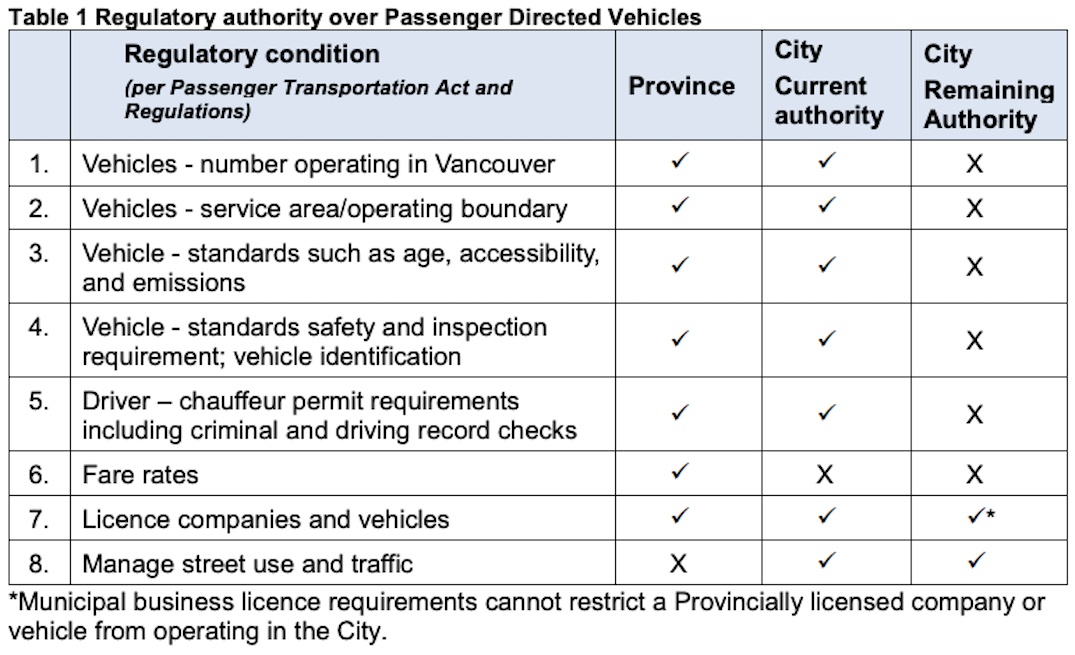 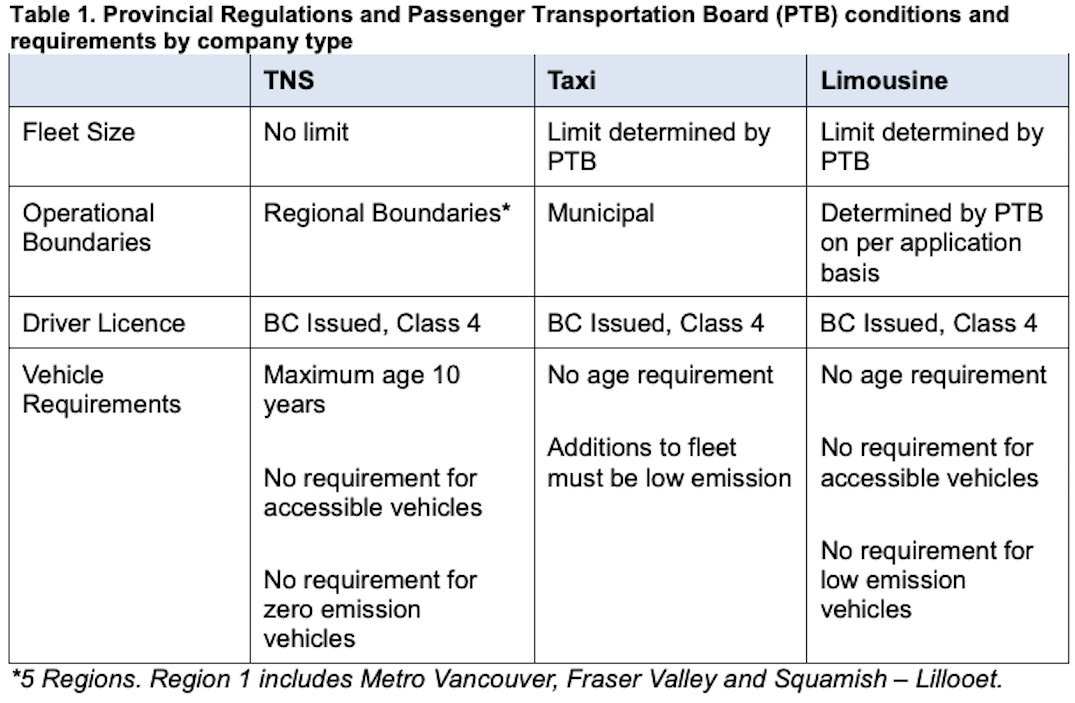