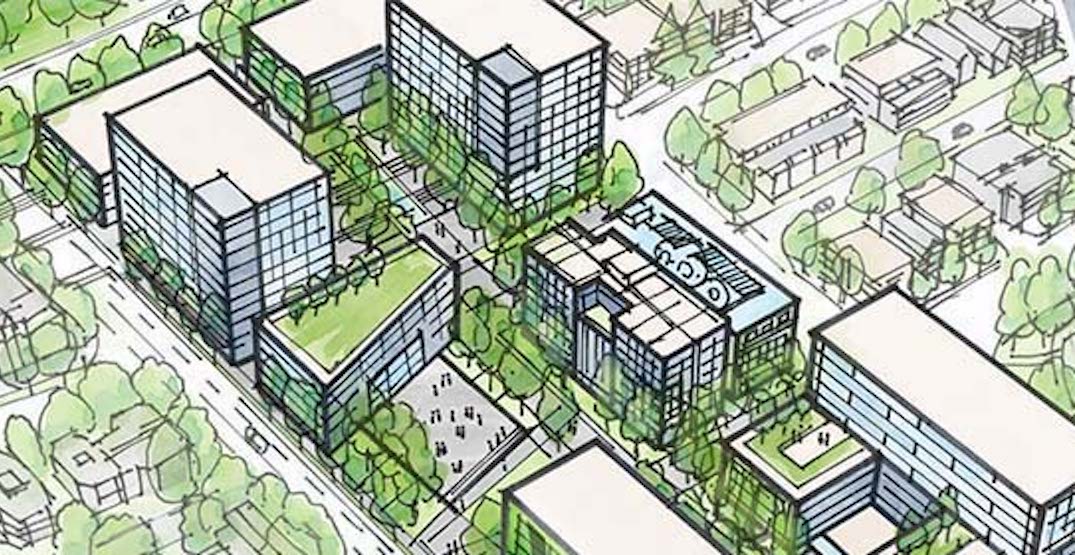 Written for Daily Hive Urbanized by Ajay Patel, who is the President of Vancouver Community College. He was raised in East Vancouver.

Vancouver Community College (VCC) is located on the traditional unceded homelands of the xʷməθkʷəy̓əm (Musqueam), Sḵwx̱wú7mesh (Squamish), and səl̓ilw̓ətaʔɬ (Tsleil Waututh) peoples, who have been the stewards of this land since time immemorial. At VCC, reconciliation and Indigenization are embedded in the foundation of our plans for the VCC Broadway Campus, and we endeavour to make all our decisions with this perspective.

Albeit our history is short in comparison, VCC is BC’s oldest and largest public community college with our educational roots dating back to 1880.

Each year, we welcome over 15,000 students and offer more than 140 career programs in health, hospitality and applied business, transportation, and other skilled trades. Our graduates are the people fixing your cars, preparing your food, and taking care of your loved ones. They are the skilled workers who keep this city running.

From our beginning, we have been an integral part of the growth of post-secondary education in in Vancouver and BC. As VCC moves ahead with our Campus Plan and vision for the Broadway Campus – located between Broadway and Great Northern Way – our college has been presented with an extraordinary opportunity to once again play a pivotal role in the shaping the future of this part of the city. 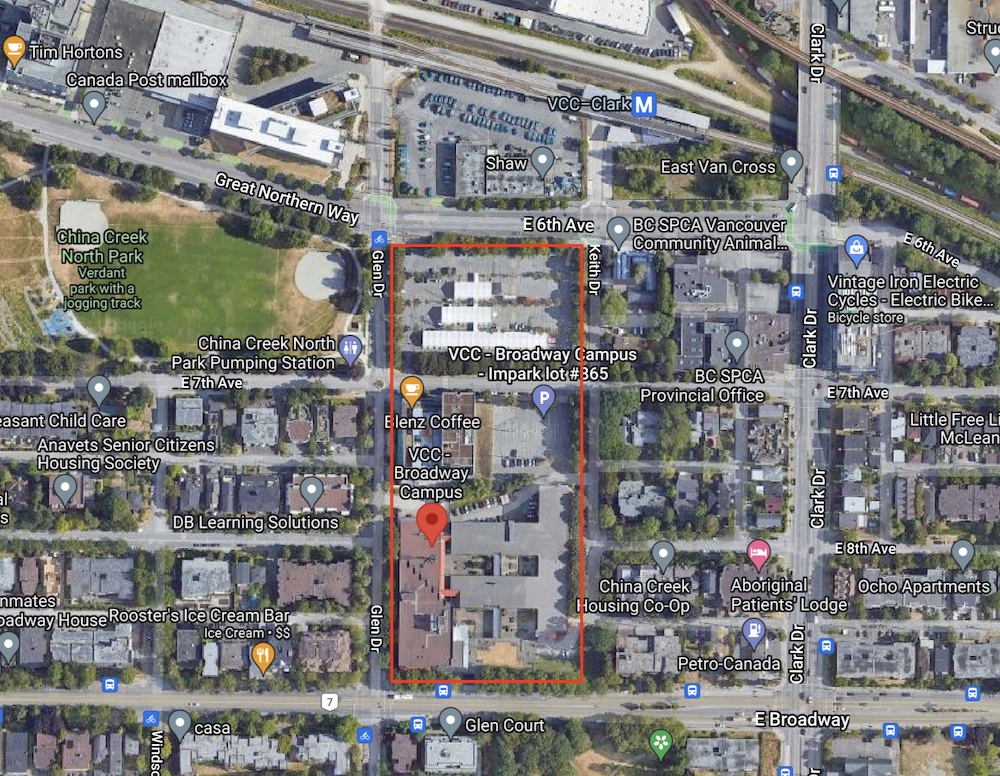 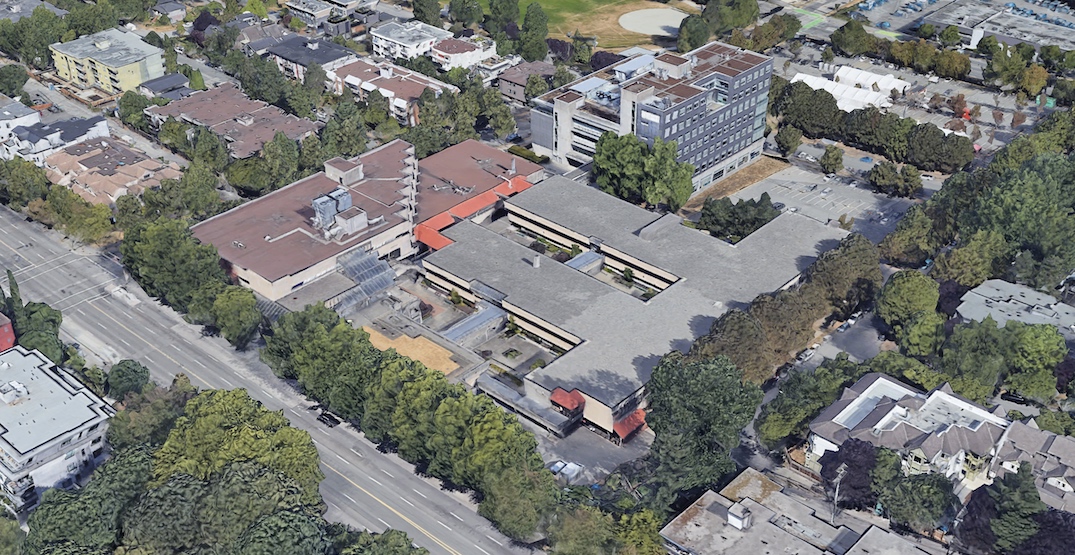 In March 2019, the City of Vancouver launched a planning process to create a comprehensive Broadway Plan for the area within Vine Street to Clark Drive and 1st Avenue to 16th Avenue. The City of Vancouver expects up to 50,000 additional residents and over 40,000 new jobs in this area by 2050. VCC graduates will be ready to fill those jobs and meet the ongoing challenges of providing highly skilled workers in the province.

If approved, the Broadway Plan – Vancouver’s 30-year plan for housing, jobs, education, and community amenities that will grow around the new Broadway Subway — presents VCC with an opportunity to modernize our education facilities for the in-demand jobs of the future, while helping to build sustainable neighbourhoods and communities around our campus that acknowledge and respect the Indigenous history and traditions of this region.

The proposed Broadway Plan supports VCC’s mandate to embody innovation and respond to a changing city and region. VCC will now have major campuses in the heart of two of the city’s largest communities (Downtown Vancouver and Broadway).

The modernization of VCC’s Broadway Campus will contribute to a thriving Broadway Corridor with VCC acting as the eastern “gateway” to education, housing, transit, services, and many other needed public benefits the Broadway Plan offers. 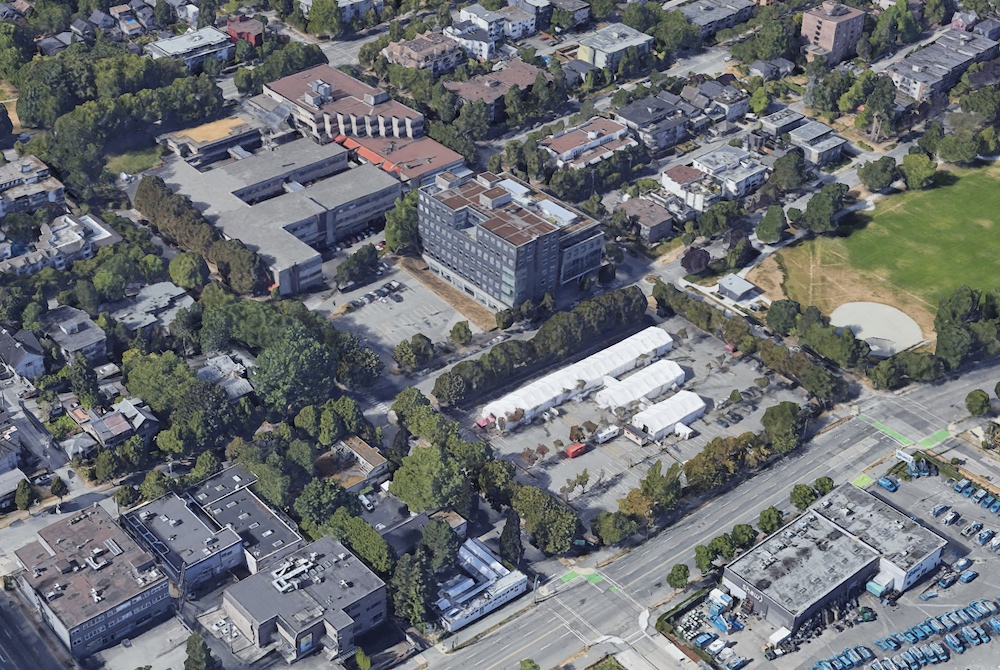 Example of the potential future condition of the VCC Broadway campus: 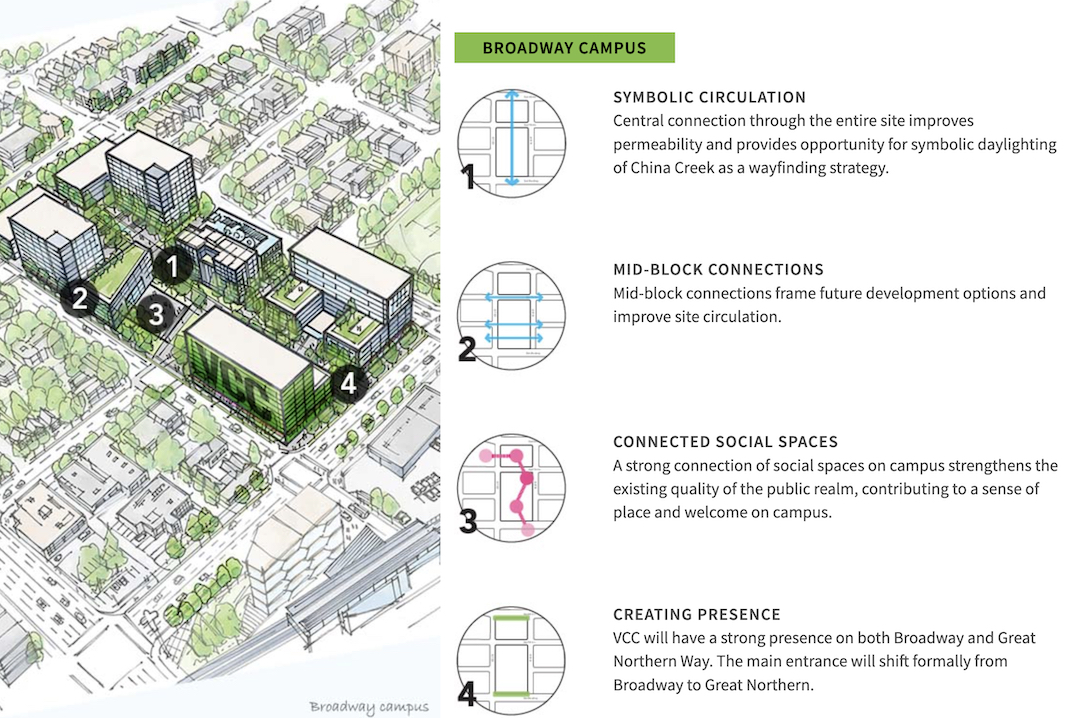 Responding to a changing city and region also includes recognizing and acknowledging our past.

As a colonial institution, and as educators, we have a special responsibility to decolonize our attitudes, assumptions, and processes, while advancing reconciliation.

In VCC’s plans for the Broadway Campus, we have engaged Indigenous cultural planners to ensure that any future building design reflects and embeds Indigenous knowledge of the Host Nations. This includes extending Coast Salish design principles into any future buildings and the surrounding landscape to acknowledge that we occupy the traditional, unceded homelands of the three Host Nations.

We know that the choices made at VCC for our Broadway Campus – and the choices made in the Broadway Plan – will impact the neighbourhoods around us. That is why, at VCC, we’re taking a holistic, community-oriented approach, with affordable housing, childcare spaces, and civic amenities. 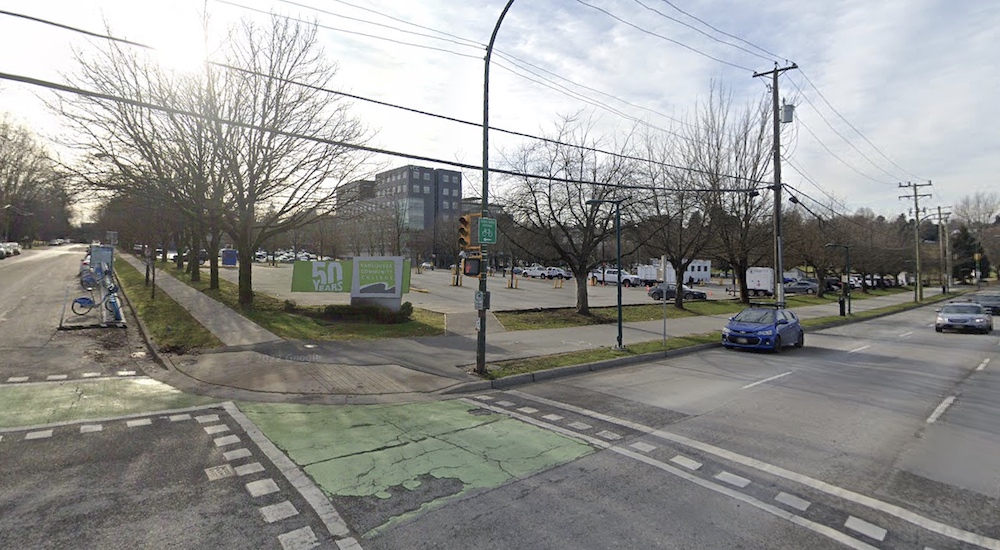 The approval of the Broadway Plan will lay the groundwork for the development of much-needed housing on VCC-owned land.

The majority of this housing will be affordable and will not displace any existing residents.

The final Broadway Plan is set to go to Vancouver City Council for approval this month and represents a once-in-a-generation opportunity to shape the future of our city. VCC believes this plan is in the best interest of the city and its residents and we hope our City’s decision-makers will agree when they vote on the plan next month. 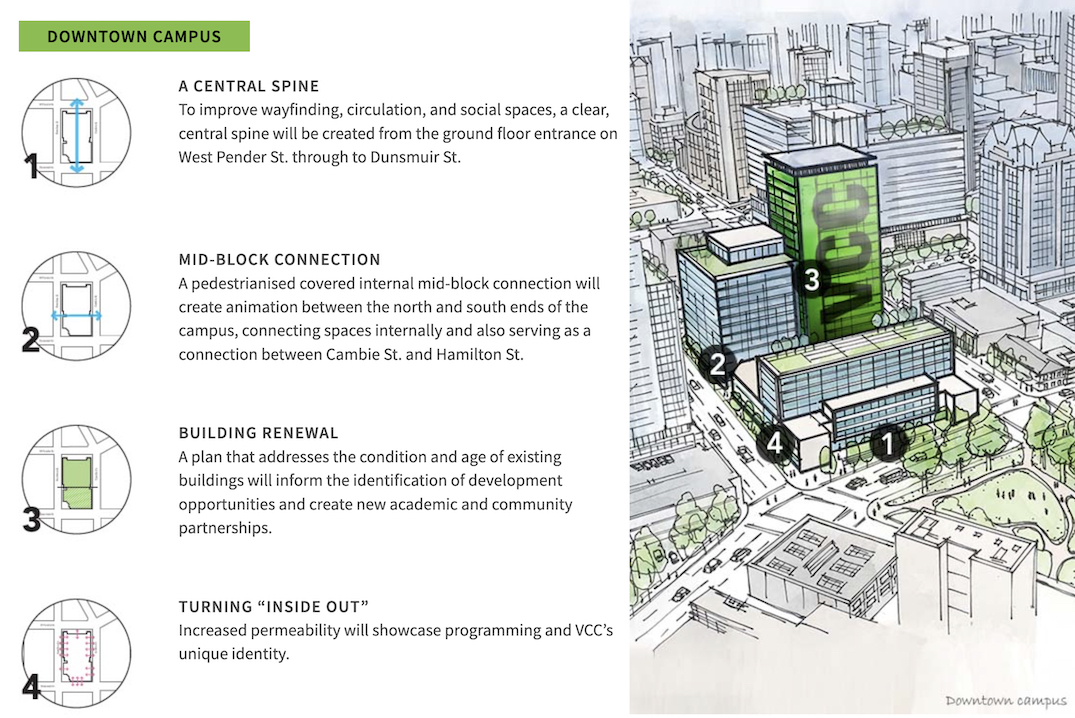