Life as touring artists can have its challenges, but for Vancouver comedians Tom Hill and Devin Mackenzie, it can also inspire new projects.

“Our web series Pitch Men came from years of touring,” said Hill, who has performed with Mackenzie as comedy duo Hip.Bang! since 2007. “We wanted to do something fun with lots of play and speed, and we were inspired by a scene we performed at Vancouver International Improv Festival a few years ago.”

Pitch Men follows two salesmen and their absurd antics on and off stage. Episodes have seen Hill and Mackenzie selling items like catchphrases (“Got yer gooch.”) and a minor-league baseball team (“Like NASCAR that is shortened and always Tokyo Drifting!”). 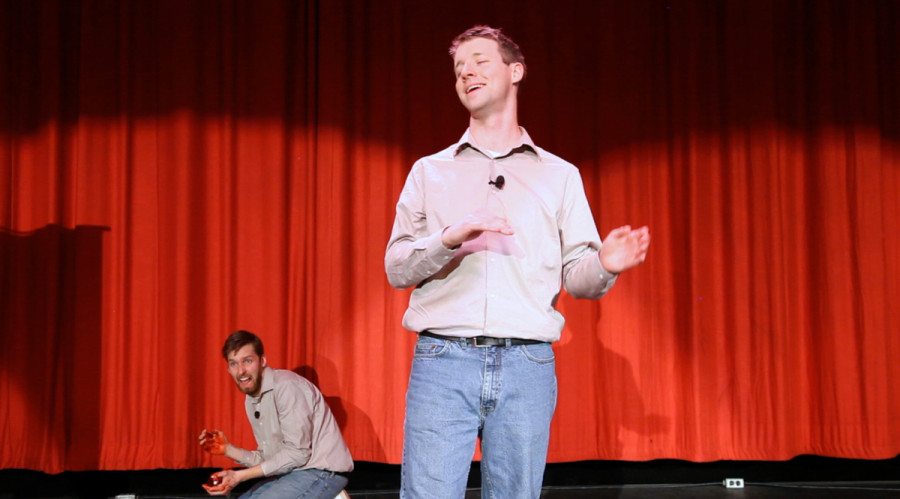 Pitch Men debuted at the 2015 NorthWest Comedy Fest (now JFL NorthWest), has been picked up for distribution through the LAFF Network in the United States, and is releasing a new episode every Thursday and Monday on YouTube through December 17.

“The response has been overwhelmingly positive,” said Mackenzie. “As we wrote the series two years ago I was worried that the humour might feel dated, but it has been embraced by the comedy community and a wider audience.”

“There is a running vein of absurdity in our work that is clearly surprising a lot of people and endearing us to those that might not connect with traditional mainstream humour.”

Vancouver audiences will recognize Hip.Bang! from their improv and sketch shows around town, and from their Blind Tiger Comedy school alongside The Sunday Service. They have also been announced as part of the lineup for Just for Laughs Northwest 2016. For Hill and Mackenzie, comedy is a rewarding business. 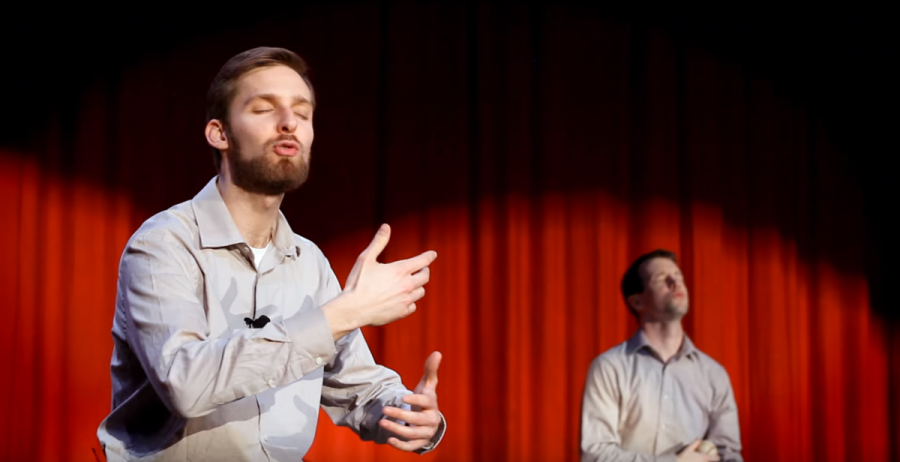 “Tom and I are the perfect storm of wild comedy balanced with practical business,” said Mackenzie. “I’m very lucky to have found someone who is willing to risk the insane amounts of time, energy and personal money to realize our dreams of making an impact in the comedy world.”

“We deeply love each other and each other’s sense of humour,” added Hill. “We enjoy making each other laugh.”

As successful as Pitch Men has been so far, the duo describe the web series as a building block to their next project: ODDLAND.

“We just finished a writing retreat in Portland where we wrote the entire first season of our next web series ODDLAND,” said Hill. “We’ve got a really incredible team assembled to film in 2016, and we’re excited to have it all laid out.”

Like much of Hip.Bang!’s work, the new series will be a comedy with heart.

“ODDLAND is a city full of people with unusual traits,” explained Hill. “Devin and I play non-genetic conjoined therapists.”

“We’re trying to be visually engaging. I think it’s going to be really beautiful stuff, matched only by the levels of absurdity and sincerity.”