Vancouver comedians are turning up the heat across the city in November. Improv, stand-up and so much more: here are the top 10 Vancouver comedy events this month.

Before she appeared in the recurring role of Granny in the hit ABC TV show Once Upon a Time, Beverley Elliott adventured from farm town Ontario to Vancouver’s gay bars and red carpets, crooning in a parade of bars along the way. She’s now turned her wild ride into an autobiographical show full of hilarious stories and show-stopping songs.

Post-secondary pride is on the line when UBC Improv and Trinity Western University’s 11:07 meet in the comedy cage. Who will land the knockout punchlines and walk away with the championship belt? Head to ringside at Cafe Deux Soleils and judge for yourself.

We Know Nothing: Monologues of Ice & Fire

Get your Game of Thrones fix with Mad House Productions new show inspired by the George R. R. Martin novels and HBO series. Comedic monologues from Fabiar Frey, the Red Wedding Singer; Susan Sand, the Other Sand Snake; Rud Oatwright, the Romeo of Flea Bottom and more await at Kings Landing aka The Cultch.

Pat Thornton is a funny man. You may have seen the two-time Canadian Screen Award-nominee in shows like Satisfaction, Match Game and Royal Canadian Air Farce. Or you may have seen him on Just For Laughs or The Winnipeg Comedy Festival. Now you can see him live at the Comedy Mix.

Suzy Rawsome gathers some of Vancouver’s best up-and-comers to test their comedy chops every Thursday night. You never know when some of Canada’s top headliners will drop in. Bonus: eating Goldies pizza while laughing.

If you haven’t already seen Tommy Wiseau’s cult classic, head down to the Rio Theatre for an interactive screening and live reading with co-star Greg Sestero (aka Mark). This film is the modern Rocky Horror Picture Show – prepare the spoons!

Time to get revenge on the movie that earned star Halle Berry a Razzie award for Worst Actress. Copresented with Northwest Comedy, Catwoman will be shown in Hecklevision, allowing the audience to text their running commentary, barbs, put downs and snark on the screen.

Christmas Queen 2 – You Better Watch Out

Vancouver TheatreSports League continues it’s Christmas Queen series with a trip to Santa’s Workshop. Will the toys be finished on time? Why has the Queen got Santa locked in a store room? Join the quirky inhabitants of the North Pole to find out in this improvised winter adventure. 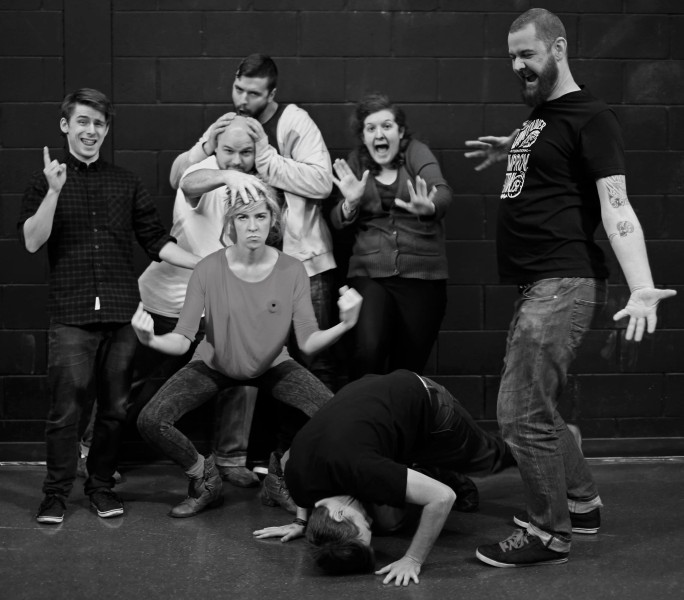 Tri-Cities’ best improv company rocks the Terry Fox Studio Theatre every Wednesday night. The show is a mix of classic improv games and new formats that SST is working on. Definitely worth the drive.