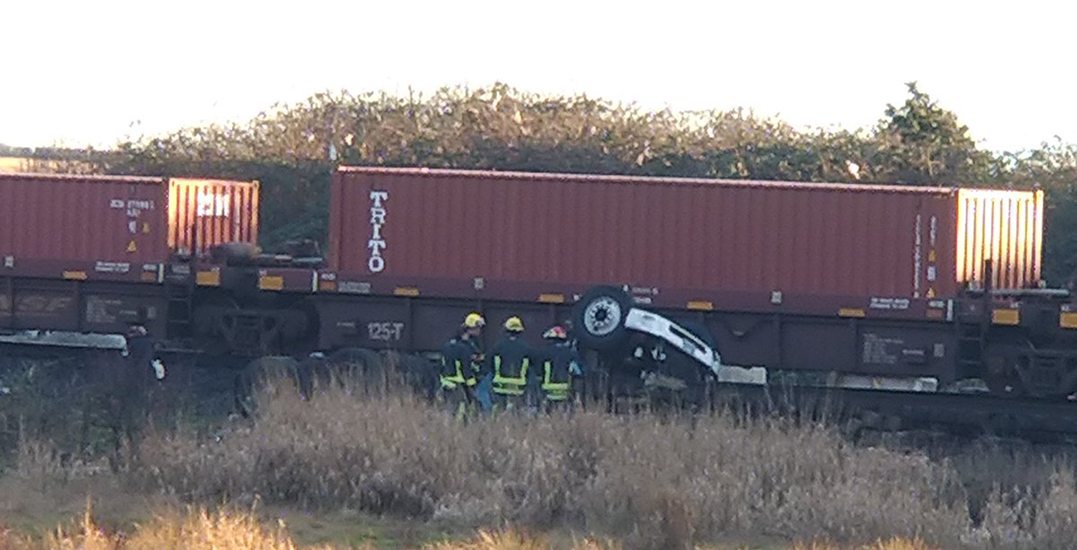 Police are investigating after a fatal weekend collision that took place between a train and a semi-truck.

On Saturday, January 12, at approximately 3:20 pm, the Delta Police were called to the 4600 block of 72nd Street — an area known as the Churchill Railway Crossing.

Officers described the crash scene as “complex,” as a truck had been pushed a significant length down the track.

Police remained on scene for over 12 hours, conducting an initial investigation led by Traffic Services and the Forensics Investigative Services Section.

The Delta Fire Department, CN Rail and BC Hydro also attended to the scene.

Members of the CN Rail explain that the crossing is equipped with active warning devices, which were said to be working at the time of the incident.

“Unfortunately, the driver of the truck did not survive the crash,” says Cris Leykauf, spokesperson for Delta Police.

A man in his 40s from Vancouver was found deceased at the scene. His family was notified the next morning.

The Delta Police state that the cause of the crash remains under investigation and explain that there is no clear indication of what lead to this tragic outcome.