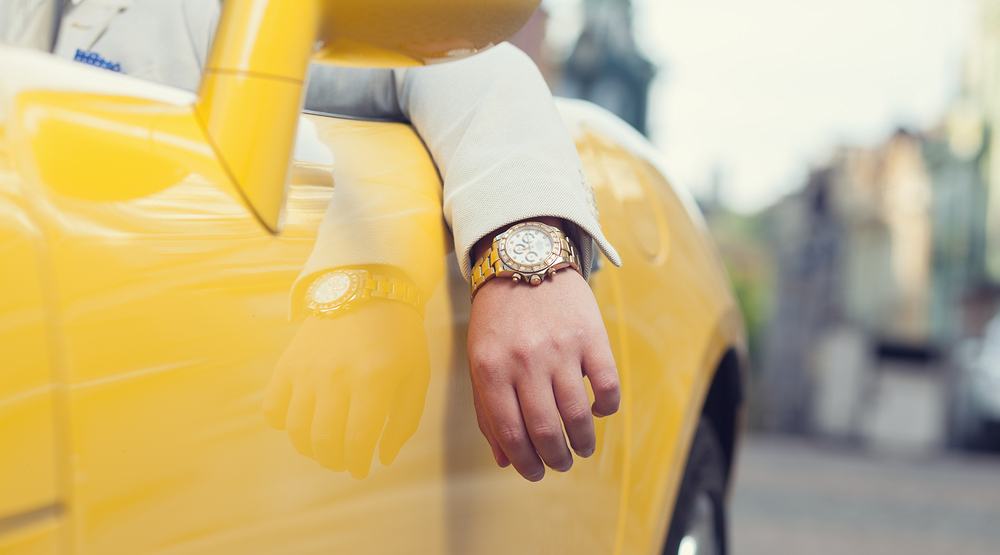 Good news! Vancouver is now a “city of millionaires,” according to a new financial study. The catch? You probably have to own some real estate here for that equation to work.

The Wealthscapes study by marketing and analytical services company Environics Analytics looked at average household net worth across Canada in 2015.

Looking at the city breakdown in the map below, many of those households with a net worth of more than $1 million are on the North Shore and in Kitsilano and Point Grey.

However, wealthy households also now seem littered throughout the city, with the exception of the lighter shaded Downtown and Eastside neighbourhoods.

No real surprises there then. 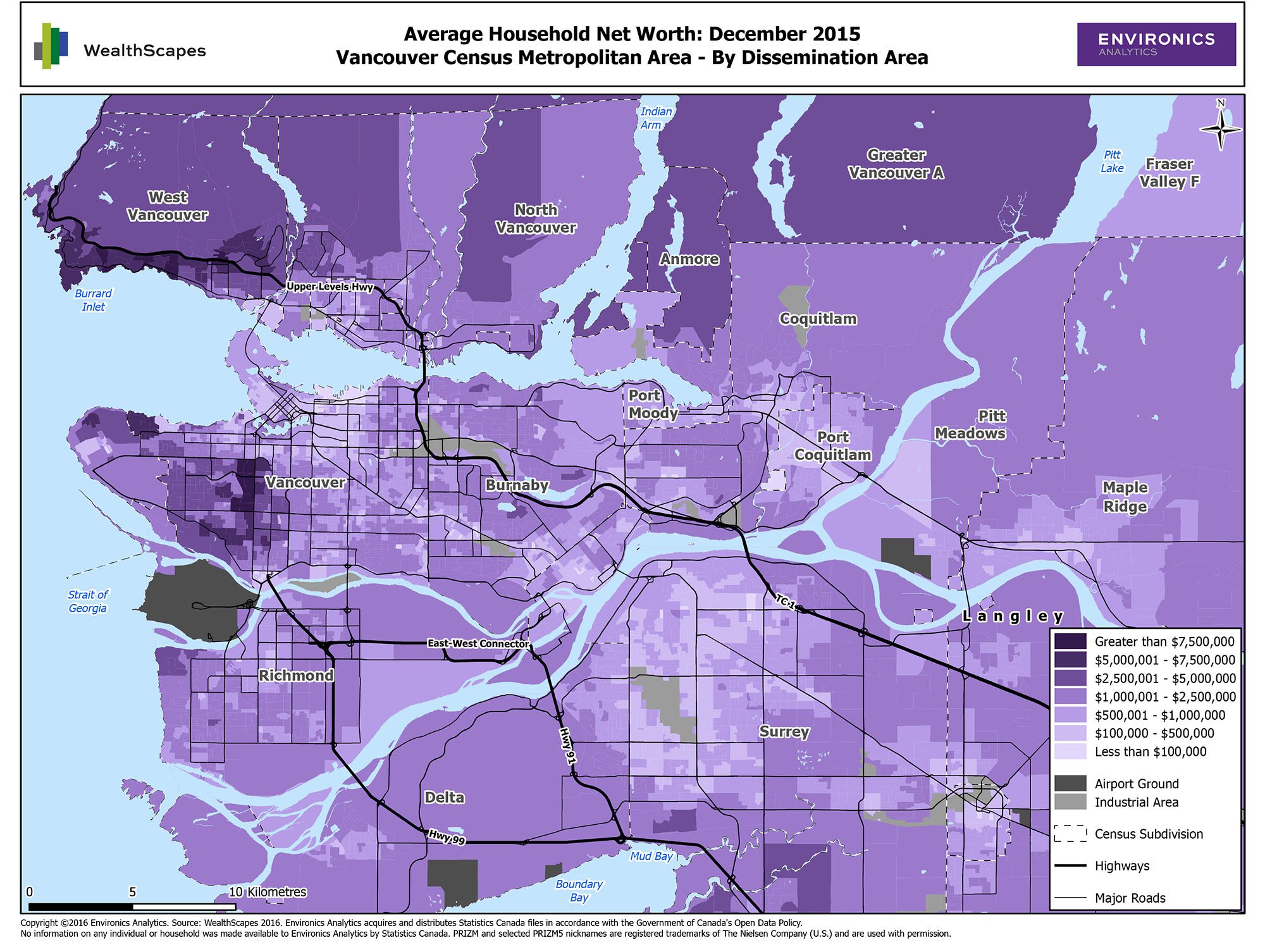 This is the first time Environics Analytics has declared anywhere in Canada a “city of millionaires,” but Vancouver has long been the city with the highest net worth in Canada.

And while the wealth of Vancouver’s residents is expected to continue growing this year, Peter Miron, vice president of economic data, says things may change beyond that.

“While we expect real estate in Vancouver to continue to rise overall in 2016, the introduction of the recent land transfer tax on foreign nationals may dampen demand for real estate in the future,” said Miron, in a release.

Nevertheless, compared to the average household net worth across Canada, at $680,098, Vancouver residents are still way ahead of the overall game, it seems.

Meanwhile, Toronto took Calgary’s place as second wealthiest city, with average household net worth up 5.4% to $962,993.