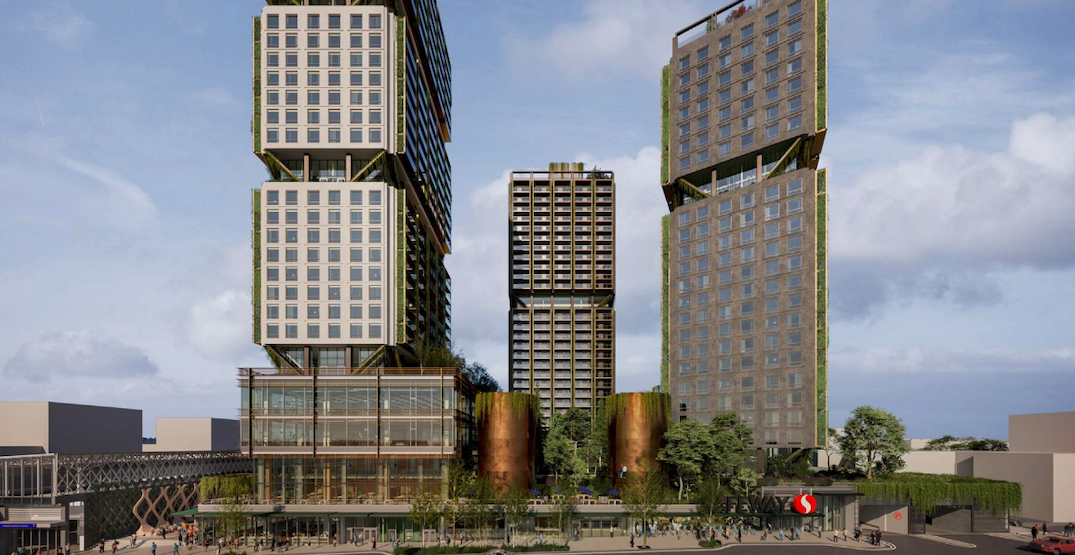 Written for Daily Hive Urbanized by Lesli Boldt, who is a Vancouver business owner, renter, and candidate for Vancouver City Council with Vision Vancouver.

When I was out door-knocking last week, I asked a woman what the biggest municipal issue in Vancouver was. Her response: “I feel like Vancouver is stuck. We’re not moving forward, and I think we’re actually starting to move backward.” I couldn’t agree more.

Since I made the decision to run for Vancouver City Council, I’ve spoken to hundreds of people about why I’m running, and the kind of leadership I think our city needs. The one thing that almost everyone I have talked to agrees on is that this City Council is “stuck” — it struggles to make important decisions or to arrive at consensus on the biggest issues facing our city: housing, neighbourhoods, climate, public safety… you name it.

As I write this, Vancouver City Council is still working its way through a packed July meeting agenda, before it has a break for the entire month of August. In fact, there is so much on their agenda that City Council has passed a motion to reconvene in September – just weeks before the October 15 civic election (in the past, this was a no-no, for perhaps obvious reasons).

How did this happen? A current city councillor recently told me that it’s nobody’s fault, and blamed COVID for an overwhelming amount of work at City Council. However, that explanation doesn’t really hold water.

CBC did an analysis last week of every motion put forward by city councillors and Mayor Kennedy Stewart since they were elected. “It revealed 313 separate motions of substance, an all-time record for any Vancouver council in modern history. Not only is that a 73% increase from the previous council that served from 2014-2018, but it dwarfed any other Metro Vancouver council surveyed.”

In the absence of collaborative caucuses that work together on shared City Council priorities, councillors instead jockey for position to get their own personal priorities on the meeting agenda. As former Vision Vancouver Councillor Andrea Reimer told the CBC, “If you’re strategic and focused on what you’re advocating on, they can help amplify. But if sending a raft of new motions every meeting, it can give the impression that you’re avoiding the things you’re there to do in favour of trying to drive from the back seat.”

Sadly, there are a number of city councillors who are content to stand in the way of making decisions, and others who seem to be comfortable with City Council’s ongoing inertia. I don’t get it — and from what I’m hearing on the doorstep, voters don’t get it, either.

Delay as a strategy in politics is nothing new — it’s called a “filibuster,” where debates are designed to delay or prevent decisions. At Vancouver City Council, city councillors Colleen Hardwick and Melissa DeGenova routinely use strategies to extend the length of debates and delay decisions.

Hardwick has gone so far as to try to pass motions to delay important decisions until after the October election, and the proposed development at the current Safeway site at Broadway and Commercial has already been put off until after the election; City Council simply ran out of time.

Right now, City Council lacks focus, purpose, or agency. What we need is courageous, cohesive leadership. We need more housing for people. We need climate action. We need to ensure a just recovery from this pandemic, and a better future for our kids. And we need a City Council that understands how all of these challenges are connected. We need vision for this city again. We need, and Vancouverites deserve, a city that works.

Vision Vancouver is a municipal political party focused on rebuilding a consensus-based coalition committed to getting things done in this city. We know it’s possible to match big goals with real action. My fellow Vision Vancouver candidates and I are committed to collaborating with people from across our city together to achieve our shared goals — on housing and affordability, transit and traffic, parks and green spaces, pandemic recovery, public education, reconciliation and so much more — and to find ways to improve their day-to-day lives.

Vancouver must have courage. We are living in a time that calls for collective action at all levels of government. The issues of our time demand leadership — not a motion to defer or delay.

That’s why I’m running for Vancouver City Council. It’s time to get this city back to work.