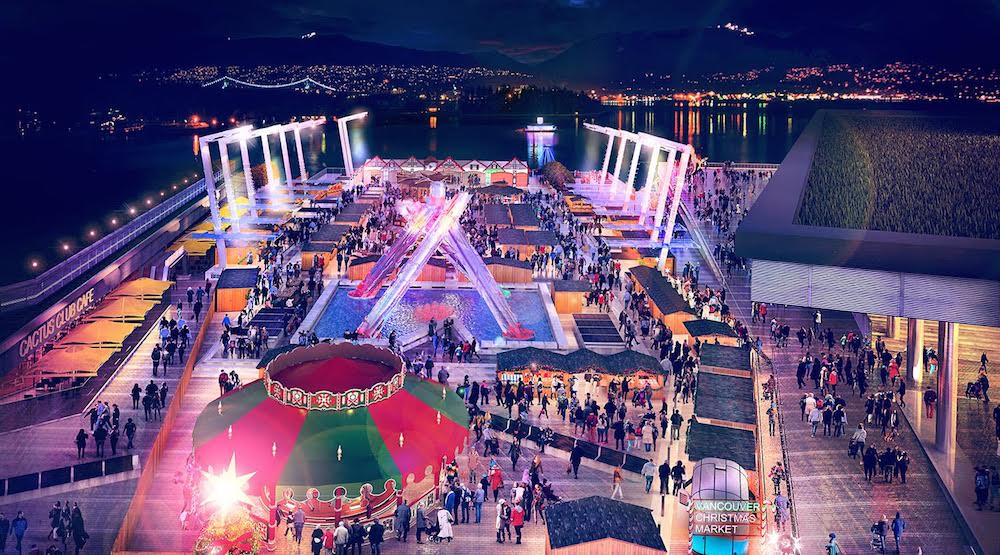 Downtown Vancouver’s Christmastime alpine holiday village is moving to a new and bigger home for the 2016 season.

The stepped plaza is considerably larger than the previous venue the market has had over the past six years of operations. It gives the event 50,000 square feet of area to work with – enough space to fit 70 vendors featuring unique seasonal eats, handcrafted goods, and activities for children. Twenty two of the vendors will be food and drink options, including 12 new huts that will be making their first appearances this year.

In contrast, there were approximately 50 vendors at the old location.

Other attractions will include a 23-foot-tall ‘Christmas Pyramid’ sculpture, designed by local architect Jordan Kutev, decorated with angeles that represent various European cultures. The structure rotates with a propeller at its top and plays music from various region in Europe.

On the north end of the plaza, there will be an enclosed Alpine Haus tent and seating area with a capacity for 250 people overlooking the North Shore mountains.

The always popular carousel and Glühwein, a hot-spiced mulled wine, will also be making a return for the 2016 event.

This year’s market will be open from November 26 to December 30, except on December 25 – Christmas Day.

Two other events held in and around the plaza will be held during and outside the Christmas Market period. The Vancouver Christmas Tree Lighting usually occurs during the first week of December while New Year’s Eve Vancouver fireworks and festivities will be returning to Canada Place Way, Jack Poole Plaza, and Coal Harbour on December 31.

Meanwhile at the Queen Elizabeth Theatre plaza site, Vancouver Civic Theatres is expected to select a restaurant operator that will occupy an unused 2,800-square-foot restaurant pavilion space on the east perimeter of the plaza. There will also be a small 476-square-foot outdoor patio adjoining the restaurant. During the market, the pavilion is normally used as a retail space for handmade Christmas crafts. 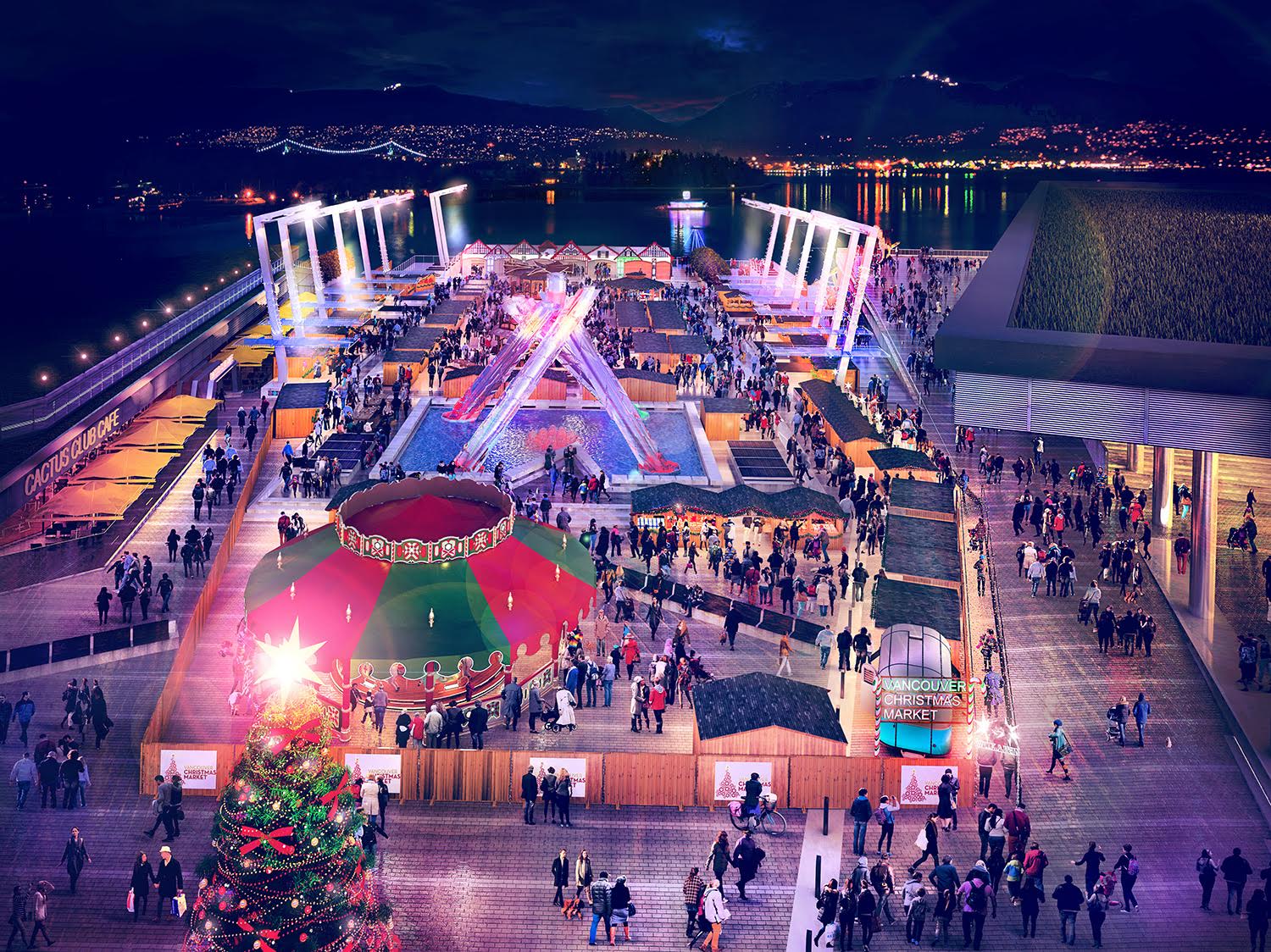