Since before the city’s founding, Vancouver has been home to a significant Chinese population. As the people behind much of the city’s industry, trades and economic activity, the early days of Vancouver were defined in large part by its Chinese residents.

So to celebrate Chinese New Year, which takes place on February 8, we decided to take a brief look back at the 130-year history of one of Vancouver’s most culturally significant neighbourhoods. 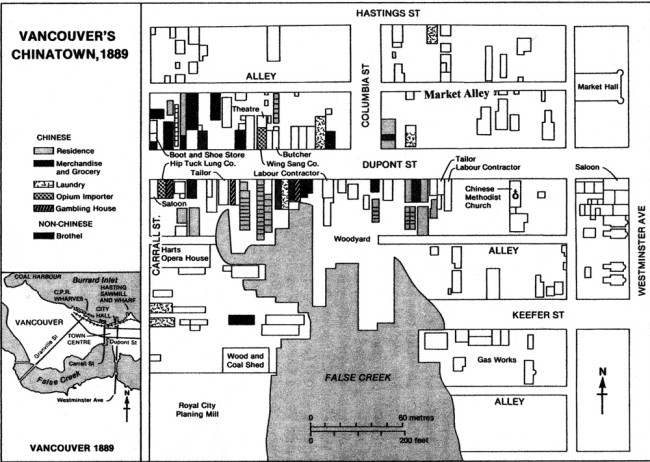 During the late 19th Century, what would come to be known as Vancouver’s Chinatown consisted of roughly 90 Chinese residents in the neighbourhood of Carrall Street and Pender Street, then called Dupont. Many arrived in Vancouver to work at the Hasting Sawmill, or take advantage of lucrative trade opportunities. 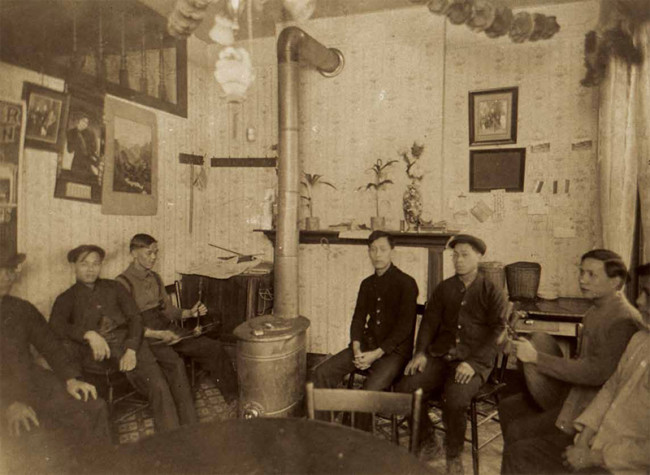 Chinatown residents number over 1000, mostly in multi-family dwellings and single rooms packed with workers. Businesses including grocery stores, butcher shops, tailors, and saloons, and a 500 seat theatre were built in the neighbourhood to service the community.

Construction of new tenement housing on Carrall Street creates the areas which come to be known as Shanghai Alley and Canton Alley. 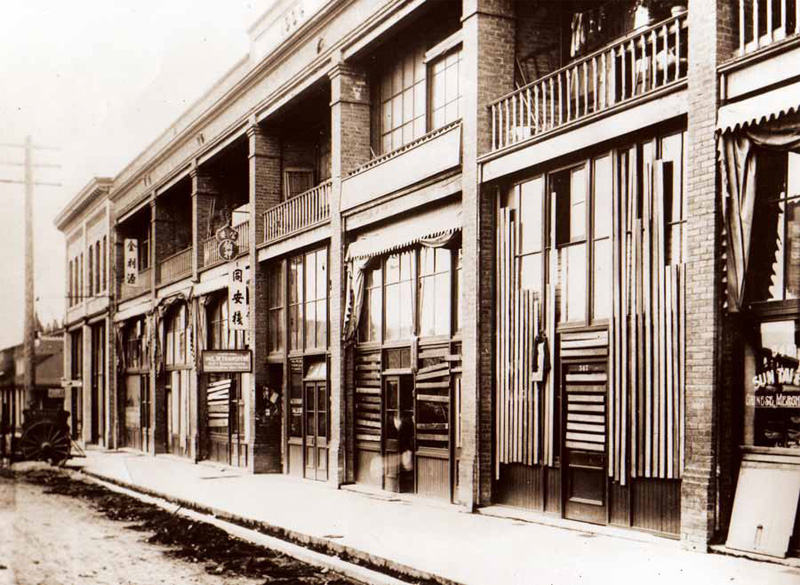 A riot headed by Vancouver’s Asiatic Exclusion League between September 7 and September 9 leads to attacks on dozens of Chinese residents, and the damaging of numerous businesses and homes. After order was restored, then Labour Minister William Lyon Mackenzie-King compensates damages to the order of $36,000 to the affected communities. 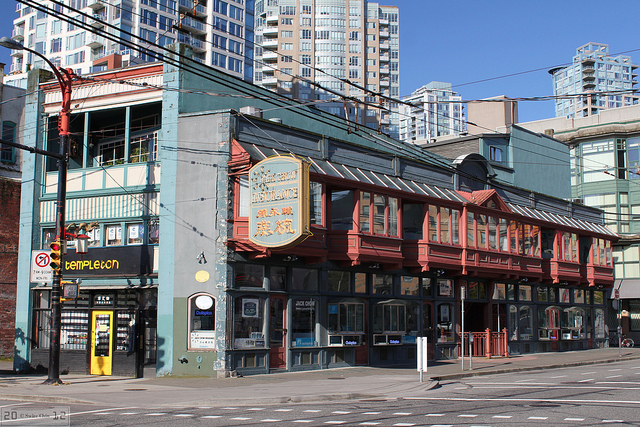 Construction begins on the Sam Kee, located on Pender Street. After 24 feet of depth is appropriated from the lot by the City of Vancouver, Sam Kee commissions a building designed by architects Brown and Gillam, with a ground floor measuring at a depth of 4 foot 11 inches. Overhanging windows above add depth on the second floor, while basements extend under the sidewalk and house public baths and businesses. The building stands today as the Guinness World Record holder for the narrowest commercial building.

The Parliament of Canada passed the Chinese Immigration Act, which would come to be known as the Chinese Exclusion Act. This comes to have a heavy impact on Vancouver’s Chinese population. 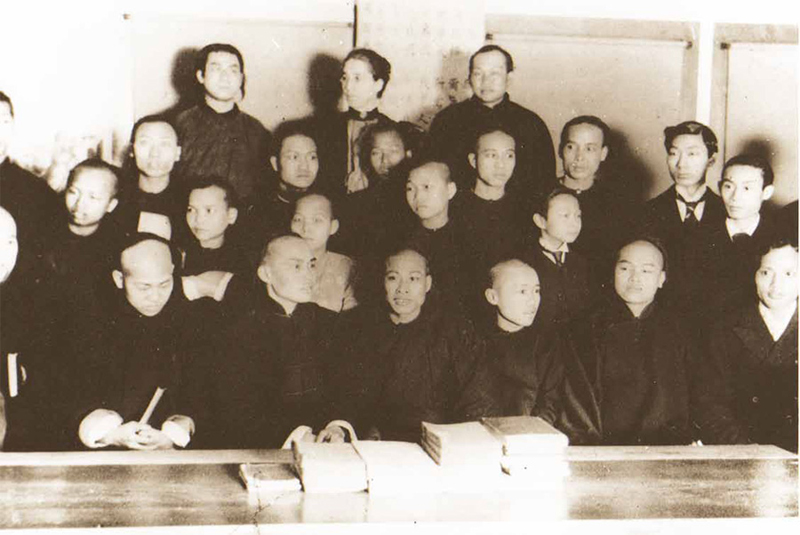 Vancouver, like much of North America, is in the grips of the Great Depression. About 6,000 Chinese residents leave Chinatown due to lack of work and food, or tragically die of malnutrition and starvation. This, combined with the restrictions of the Chinese Immigration Act, lead to a heavy decline in the city’s Chinese population.

Chinatown erects a gate at Pender Street and Carrall Street, at the current site of the Chinese Cultural Centre, to celebrate the city’s jubilee. The gate does much to change the city’s perception of Chinatown and the Chinese community.

Due to a combination of the Great Depression and the Chinese Immigration Act, the city’s Chinese population drops from 13,011 in 1931 to 7,174. Little happens in the way of development or expansion, many businesses close, and buildings are condemned by the City. 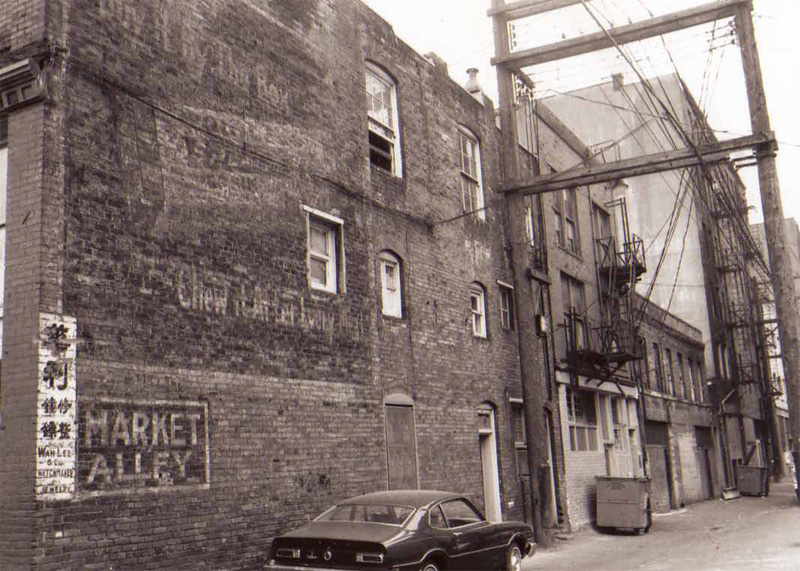 Tenement buildings in Chinatown are demolished by the City of Vancouver, and the area known of Canton Alley is destroyed.

Chinatown residents begin moving into the Strathcona district due to low property prices and the area’s proximity to Chinatown.

Vancouver City Council declares Strathcona and Chinatown a redevelopment area, hoping to tear down and redevelop many of the old and dilapidated buildings in the neighbourhood. 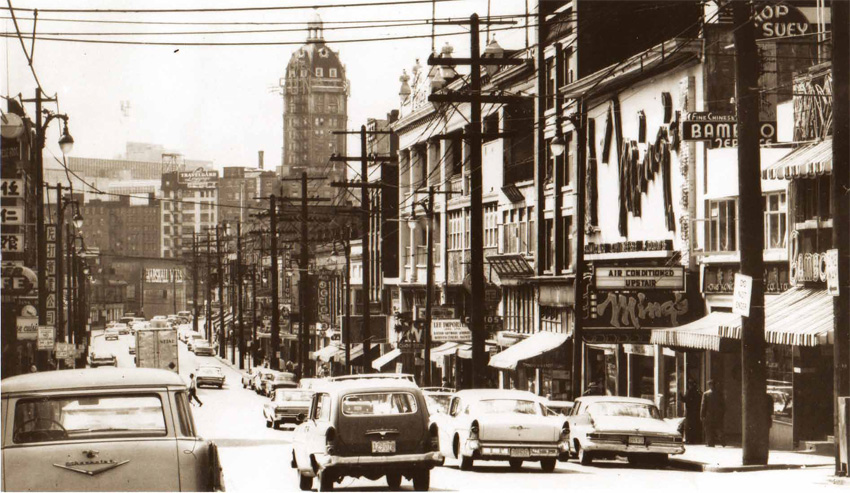 Redevelopment Projects 2 and 3 are launched, demolishing dozens of properties and displacing, in total, 3,000 residents.

The Strathcona Property Owners and Tenants Association (SPOTA) is formed to fight back against the development in Strathcona, and ask the city to give residents money to fix their homes rather than buy them and demolish them. SPOTA, along with Vancouver residents, are instrumental in halting the construction of a freeway which would pass right through Chinatown, leveling much of the neighbourhood.

Chinatown is designated a heritage district, which protects the remaining buildings and architecture from demolishing. The Strathcona Rehabilitation Program revitalizes over 200 properties.

The Millennium Gate is unveiled at the entry way to Chinatown, thanks to the cooperation of three levels of government, as well as private donations. The eastern face of the gate reads “remember the past and look forward to the future.”