Though relatively small (not to mention divided), Ireland has an effect on us. Every March 17 we happily celebrate their culture by lining up outside of Irish bars for hours. We chug back copious amount of beer, sip on that’ll-put-hair-on-your-chest whiskey and drape ourselves in 50 shades of green.

In case you’re wondering why, Vancity Buzz and Chowmenow can explain.

For one thing, where would we be without U2, Guinness and Lucky Charms cereal? How could we have watched 007 without Pierce, made brown-eyed girls feel special without Van Morrison or compared nothing to you if not for Sinead? (Okay, maybe we could have survived without the last one).

But the world without St. Patrick’s Day is like a rainbow without a pot of gold, a sad Leprechaun or a four-leaf clover that brings you bad luck. It just doesn’t make sense.

Here’s another reason: Saint Patrick’s Day was made the official feast day in the early 17th century. So, let’s stop chatting and start Chowing on Irish-inspired eats that won’t cost you more the five bucks.

We have a lot of things in common with the Irish, and it’s not just because we look great in green. It’s because they understand us. We all know there’s no greater torture than a grumbling stomach and hours left on the oven timer. So whomever the Irish genius was that decided to use baking soda instead of yeast, we raise our pint glasses to you. Though it doesn’t need to rise, ironically you’ll find a loaf of Irish Soda Bread at Uprising Bakery for $3.95. 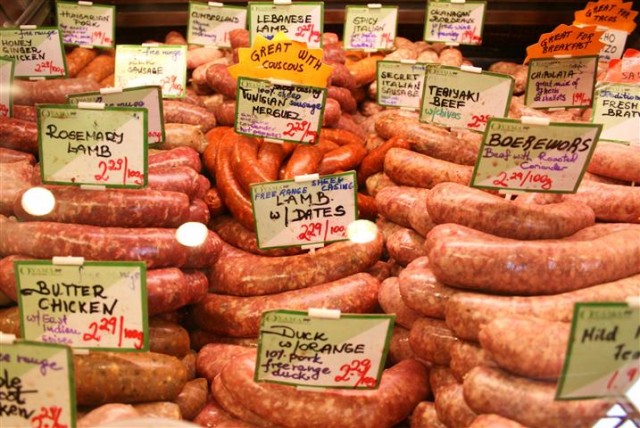 What if we told you we could take your favorite ingredients like Guinness, beef, chicken, rosemary, and potato, condense them into one, then wrap around it with pork casing? Looks like you’ve just found your pot of gold at Oyama Sausage on Granville Island. For a limited time, they’re linking up Guinness beef, Irish Spring chicken, Irish rosemary, potato leak, and Irish country sausages with oats. So that means you’ve got your carbs, proteins, veg and beer all rolled into one. Sounds pretty perfect to us. At$1.59 to $2.29 per 100 grams, it’s time to fire up the grill. 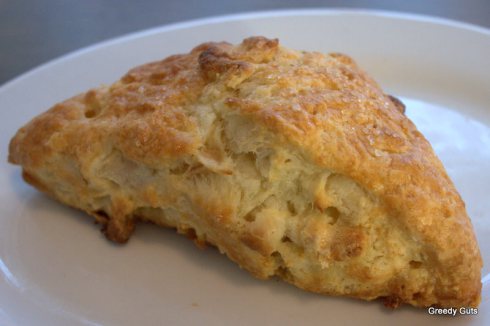 There’s a few reasons why we love Cadeaux, and it’s not just because one of the owner’s last name is Chow. A seasoned pastry chef at some of Vancouver’s finest bakeries, they could be charging more than a #ChowFind for their large, flakey and decadent pastries. Though traditionally made with currants, Cadeaux is switching up the scones in both sweet and savoury flavors like chive and onion or banana walnut. 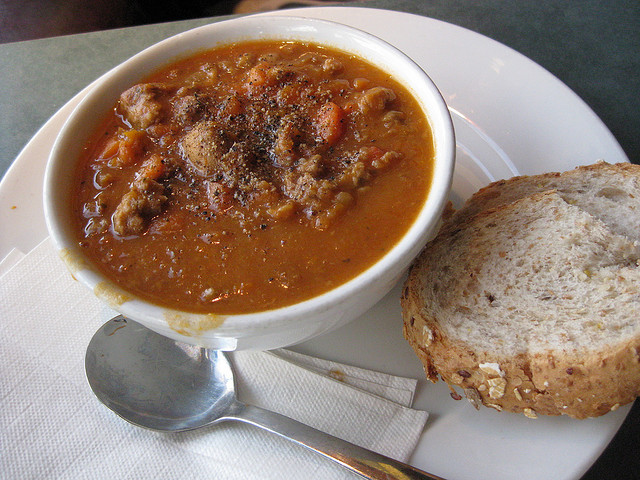 Better go find that four leaf clover if you’re going to catch these in stock. This Chowster favorite is serving Luck o’ the Irish Lamb Stew, but you’ll have to check in at both locations to find out where you can slurp this pot of…soup for less than $5 a bowl. 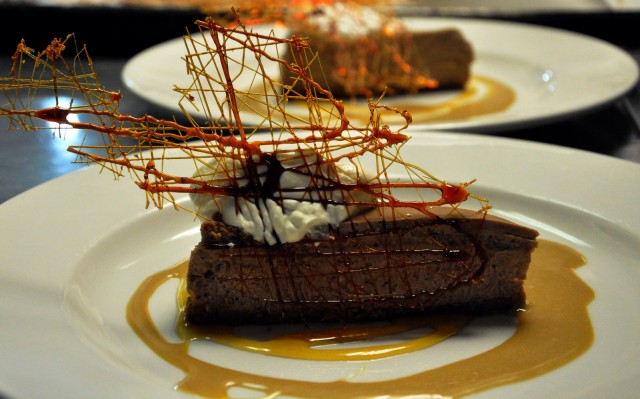 Once again the Irish have proven that beer really belongs in everything, especially when the price is $4.95. One of Vancouver’s oldest pubs, this Kitsilano favourite will celebrate St. Paddy with green beer, whiskey sours on special, Irish music, a dance floor, and no cover. All fine and dandy, but can we please pay attention to what’s going on above us? This triple chocolate stout cheesecake is one of many scrumptious and decadent cakes on the VanFoodster Cheesecake Challenge.

Where do you plan on getting jiggy with it this Sunday? Tweet us your green gear and cheap eats, or shake your shamrock onto our Facebook page.

Pssst, are you a Chowster yet??