Like Terminator, the Godfather, and Star Wars, sometimes sequels are better than the original. When there’s just too much story left to tell, a second chapter is not only necessary, but vital for the audience to really connect with the characters. It is for this reason that Vancity Buzz and Chowmenow decided to continue the cheap eat action going on in Downtown. Except instead of Luke Skywalker and Michael Corleone, the cast consists of chicken donairs and wonton soup. Same, same.

In Vegas, the more you gamble the more you drink for free. That’s all great, but clearly those kinds of rules aren’t going to fly here in Vancouver. However, Edgewater Casino took another approach: keep ‘em full. That’s probably why they have so many cheap eats that are $5 and under. From soy chili glazed chicken skewers to Tuesday $2 foot-long hotdogs, there’s so much to choose from that you’ll never go hungry. Now the only trick is not to go broke at the craps table… 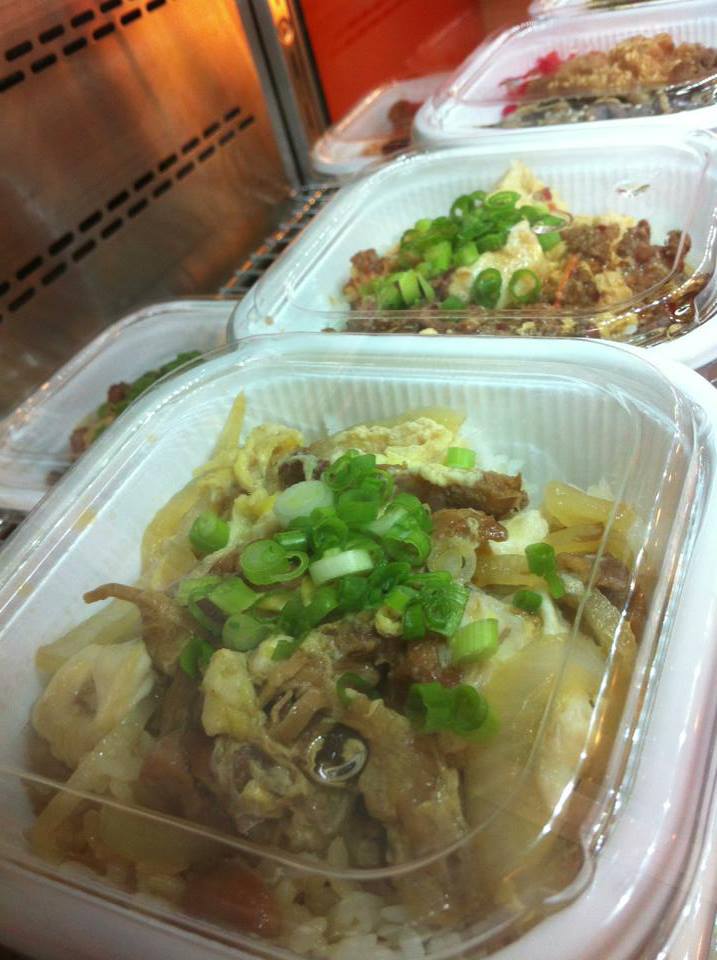 It’s a proven (Chowmenow) fact that studying makes you constantly hungry, when you need a break from the books Ebi Ten is a great quick option. Across the street from the Vancouver Library, they’re offering mini rice bowls for $3.95 or any two kinds of sushi, salad or dessert for $5.

Waking up and feeling Blue is a good thing thanks to this breakfast deal: a 12oz coffee with ham, cheese, and egg sandwich for only $3.95! Or if you happen to feel like wonton soup for breakfast (don’t ask us why) there’s a $4.95 extra-large bowl waiting for you. 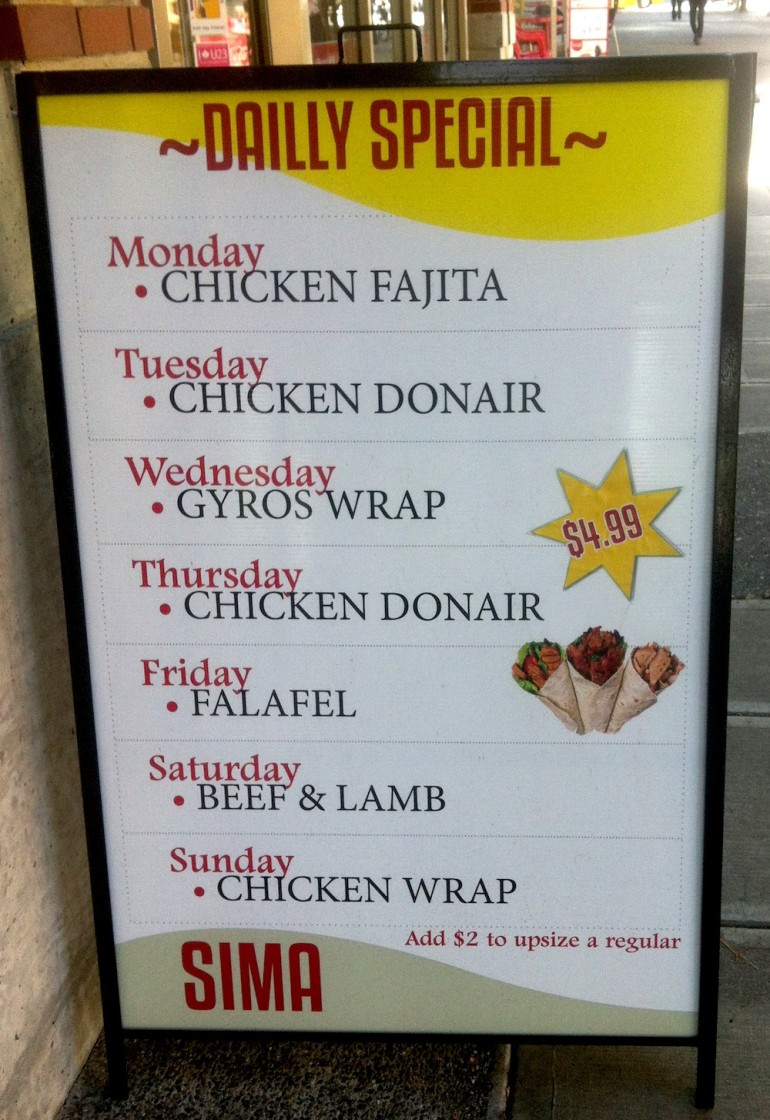 No matter what day it is, you can grab something filling and tasty for $4.99 at Sima. Close to B.C. Place and the Public Library, it’s a portable option if studying for that physics test or heading to the Lions Game. Hopefully it’s the latter. 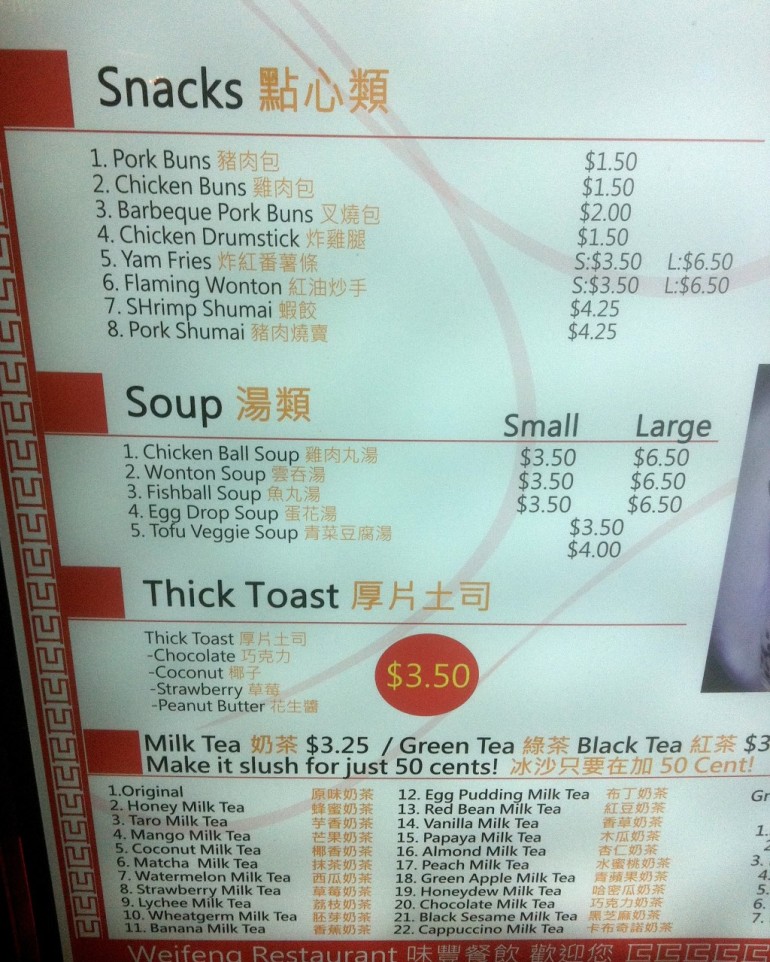 Weifeng is a great place to kick back and grab some snacks with your friends.  Comfy seats and plenty of options under $4, plus free WIFI!

Should we be working on a Threequel? Sign-up to Chowmenow and tell us where you score eats for $5 or less Downtown!