In a sea of power suits, sky scrapers, luxury department stores and high-end restaurants, an outsider may think that finding a lunch Downtown for under $5 is highly unlikely, if not downright impossible. But just as dominant as our bike lanes, there are a ton of joints that serve delicious and filling food for only a few dollars. We’re not just talking about poutine and pizza for the late night party-goers either (although we’re big fans of those places too). On our hunt, Vancity Buzz and Chowmenow found Hercules breakfast sandwiches, beef vermicelli, and butter chicken — all for less than four bucks! 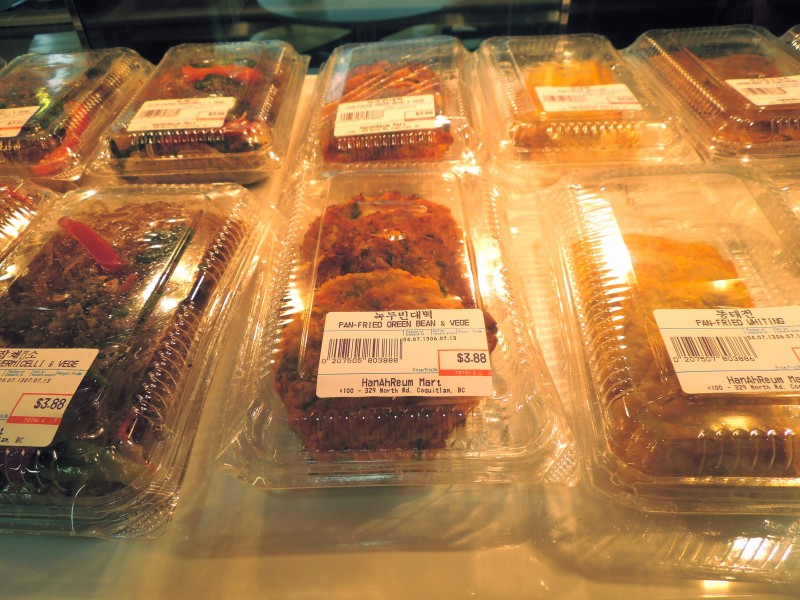 Tucked away in the corner of this grocery store on Robson Street are fast, ready-made meals for $3.88. They’re a great option when you’re on a deadline or to mow on during your Skytrain commute. 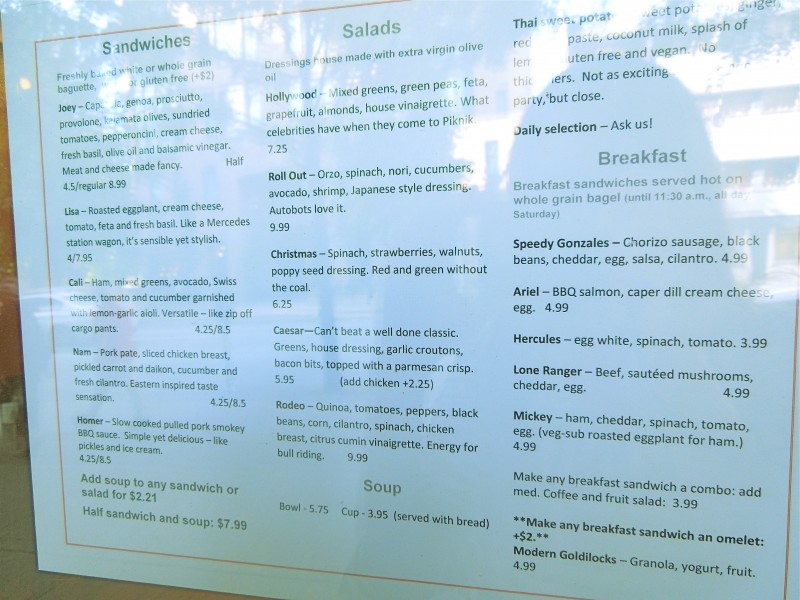 How do you start your mornings, as a Lone Ranger or a Speedy Gonzales? From $4.99 or less, pick and choose who you will be at Piknik (in case you’re wondering, we usually choose the Hercules. Dream big). Their breakfast sandwiches are served on a whole grain bagel and stuffed with a.m. jump starters like beef, ham, eggs, or even BBQ salmon. There’s also an all-day special where you can get a medium coffee and baked good for $2.99. 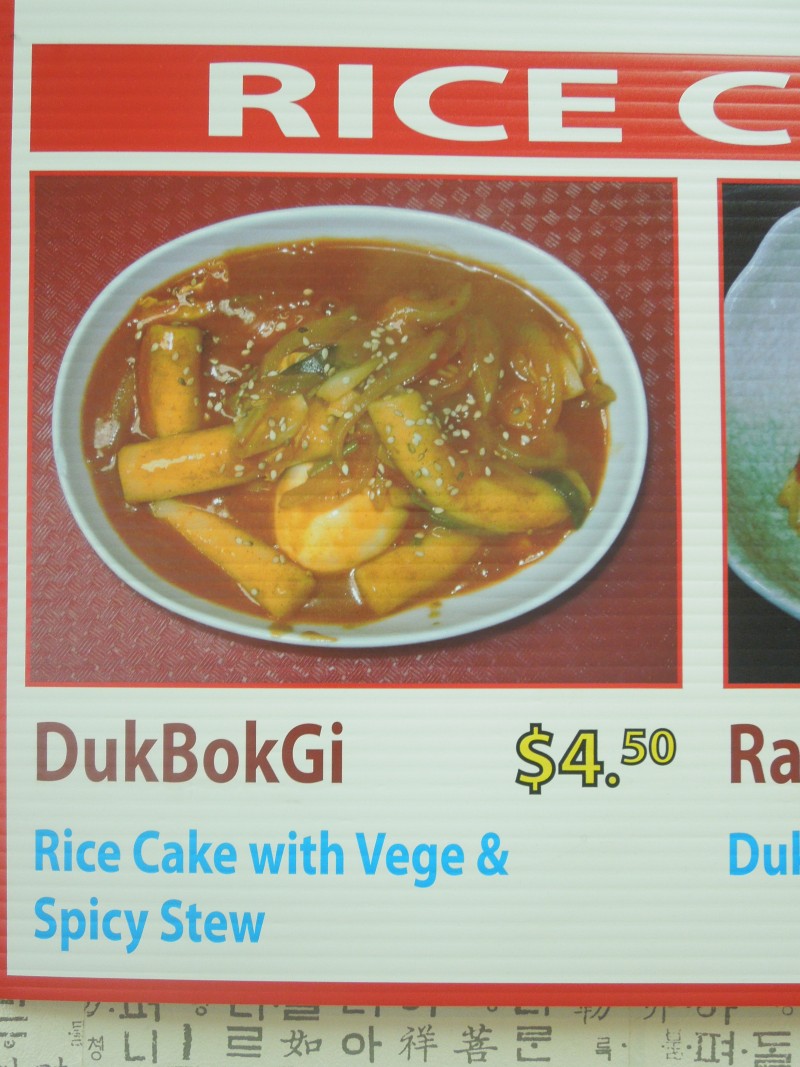 Walk too fast and you might miss this hole in the wall. With no more than 4 tables, this tiny space is serving good Korean food for cheap prices. Besides the DukBokGi, there’s also our favourite Kimbap, the Korean version of sushi, which has pickled radish, crab meat, veg, and fish cake for $3.75. 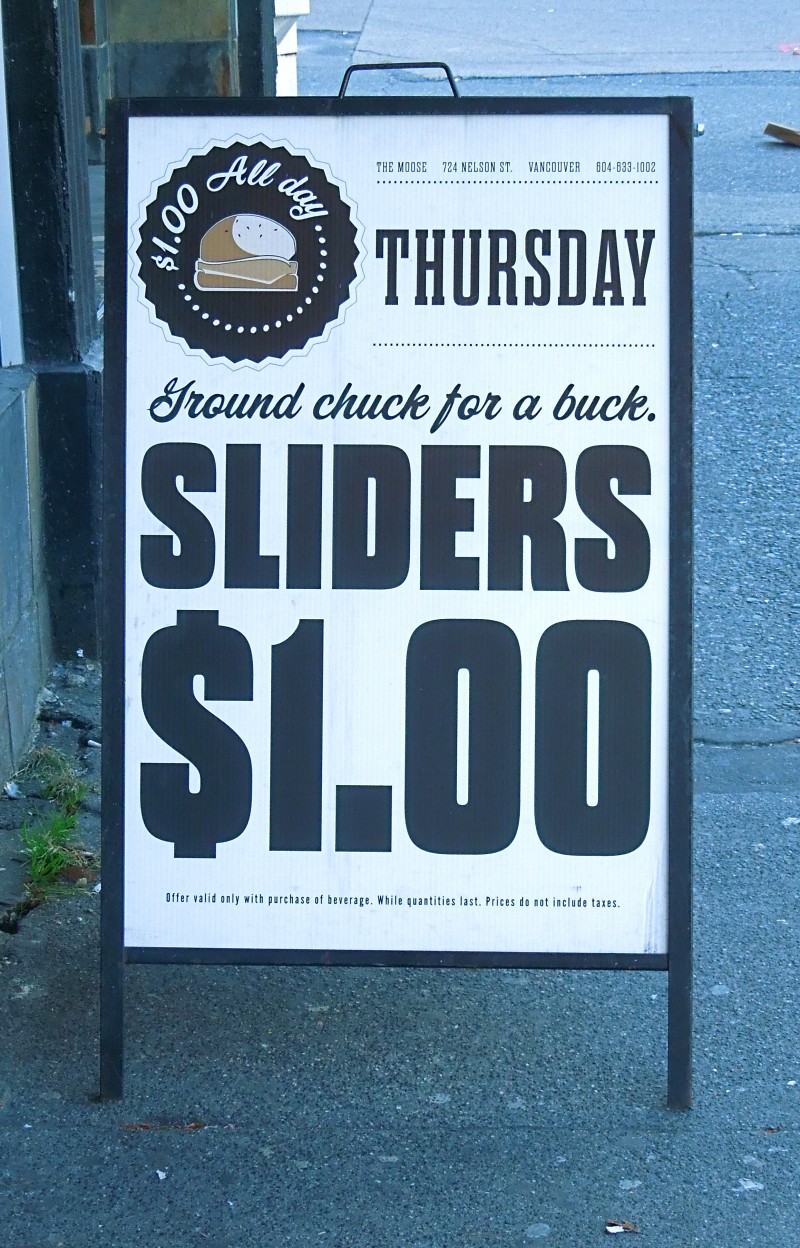 Hang loose at this Moose on Thursdays and get ground chuck for your buck. Don’t worry, this isn’t the only day with cheap deals. Tuesday is 25cent wings. #TGIT’s all around. 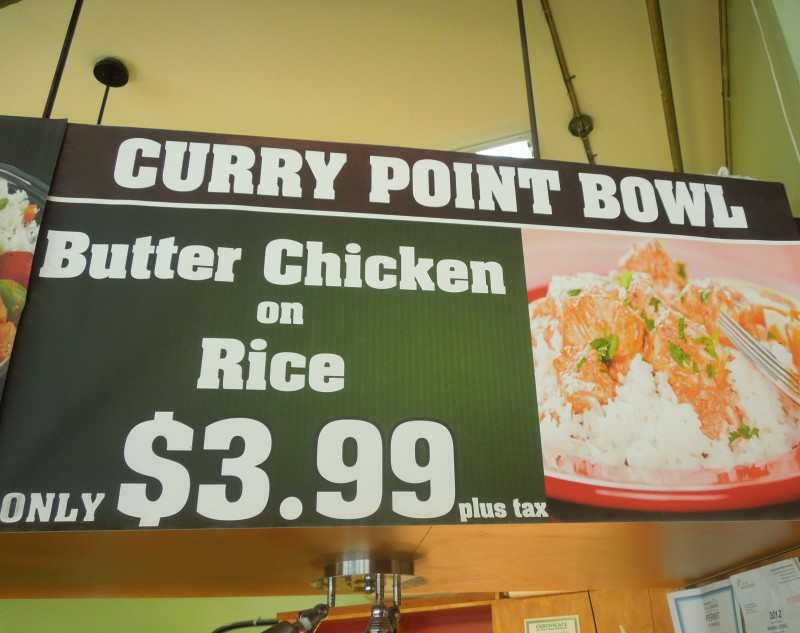 Okay, this is a pretty sweet #ChowFind. Don’t eat meat? No problem, there’s also vegetable curry over rice for $4.99. Not a curry fan? They’ve got you covered, because naturally they’re serving India’s other national dish: pizza. A slice and a pop for $2.45! We love cheap eat choices.

We know we’ve just skimmed the surface of cheap eats Downtown, so add your favorite places to Chowmenow.com and we’ll get our stomachs to investigate.