When it comes to breakfast, few people understand the level of competition between carbohydrates. First there’s toast. Readily sliced and always tanned, it’s the go-to for many who are breaking the fast. Then came the British invasion of the English muffin, taking the supporting act for eggs benedict or butter and jam. Next were the French, crossing the ocean with buttery, flakey, and decadent croissants for the more opulent a.m. eater.  Do we even need to discuss the doughnut? Deep-fried and soaked in sugar, chocolate, or stuffed with sweet jelly, it’s the approved version of dessert for breakfast.

Needless to say, the bagel can get overlooked. In our opinion, it’s the underdog of the bunch. Though it shares a similar build as the doughnut, bagels are the healthier version since they’re boiled and baked. Plus it takes more time and precision to create it’s chewy texture and crusty exterior unmatched by any of its opponents.

It’s a starch that should be given ample attention any hour of the day, but for some reason after 11 a.m. the allure of these dense dough balls are cast in the shadow of their carbohydrate counterparts.

When you break it down, does the competition really compare? Cream cheese on a slice of Wonder bread just doesn’t come close to a bagel, sliced in half and shmeared until it’s surface is no longer recognizable. It acts as the perfect vehicle to mix and mingle with blueberries, poppy seeds, or made healthier with add-ins like multigrain and flax. Plus, how fun is it to say ‘bagelwich’?

Vancity Buzz and Chowmenow are dedicating this week’s Top 5 Cheap Eats to the curvy carb with the peek-a-boo center: the bagel. So grab your change and let’s roll on out. 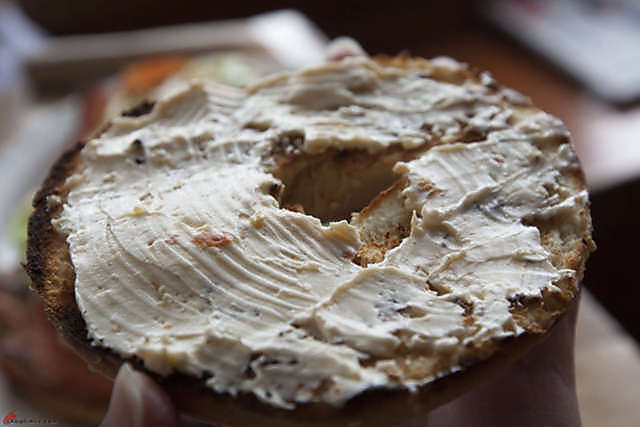 Bye, bye bun. So long sandwich. Crackers you’ve been kyboshed. Soup has a new mate, the bagel, and Benny’s serving the pair for $4.95. 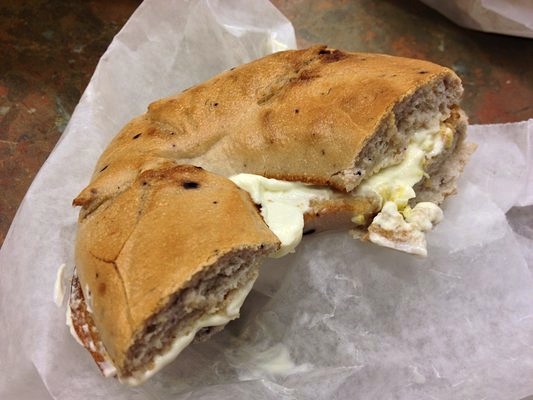 From pizza to breakfast, classic lox to the BLT, the bagel happily accommodates for less than three bucks at One Stop. 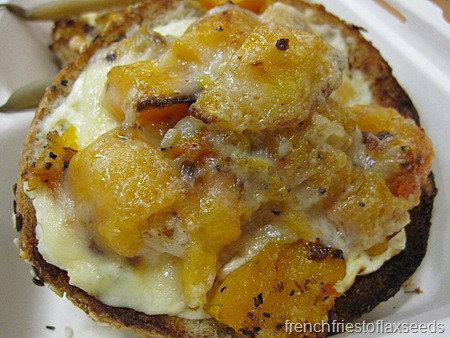 UBC students may be heading for their reading break, but you’ll have something to look forward to when you embark on the last half of the semester. You can nosh on Bernoulli’s Bagels on campus while keeping your student budgets in check. 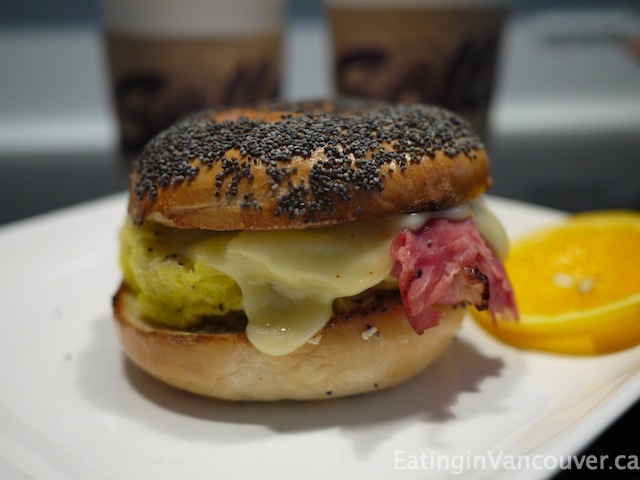 As if we couldn’t include this bagel institution. Fresh dill, smoked salmon, chive and garlic Shmears or the Eggel (possibly more fun than saying bagelwich?) for under a blue note. 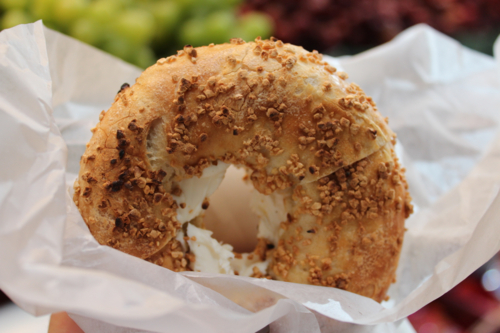 Baked all day in their fire oven, these bagels are merely a buck. So fill up on five straight up, or add toppings like flavoured cream cheese, peanut butter and jam, or Swiss cheese for under $3.50.

Which carb do you grab for in the morning? Tell us here, here, or here.