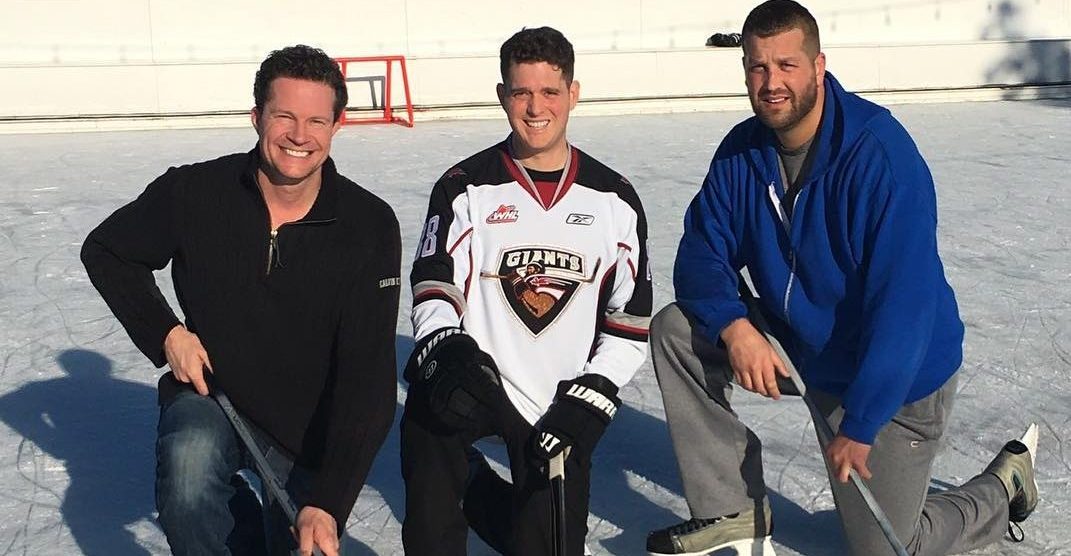 From A-to-Z-list Vancouver is home to a full spectrum of stars.

And no matter how big a name they are, there’s no denying that we all get a little excited when we hear that they’ve been spotted around town.

But the truth is that whether they’re A-list actors or environmental activists; we love our local celebs because they love Vancouver, or at least that’s what we tell ourselves while we creep on their Instagram accounts!

Just your average pop music artist with a husband and kid living in Vancouver. Carly’s feed provides a behind-the-scenes look at her everyday life from her son’s meltdowns to red carpet events.

Had the absolute pleasure of meeting this wild soul the other night! Excited for her in ways I can’t explain! @maggierogers great show! Go see her live and dance like we did. 💖🎶

My bucket list is complete. I love you Chewy ❤️ #Disneyland #makingwookie #la

Local heartthrob and A-game selfie-king. A scroll through Michael’s feed will quickly show you how much of a family man this guy is. If you couldn’t figure out why he writes so many love songs you’ll see from his pics; his wife’s an absolute babe.

Why do I love my home town so much ? Here’s a few reasons ! #home #vancouver #brothers

Happy Mother’s Day, Mom. You gave birth to me an excruciating 468 weeks late. I was 9. We were both so happy to be free.

Ryan’s feed is a mashup of everything; Deadpool pics, shots of him and his wife, family photos, memes, you name it it’s there. With over 14 million followers, he maintains a hilarious feed.

How’s this for meta? The women and men of Fox Marketing. Their work on #Deadpool changed the game.

“Mom’s gonna be pissed when she sees this…” 😂✌🏻 ⠀⠀ My boy @gswenno, capturing me in the midst of some action down at @grandcanyonnps.⠀ ⠀⠀ #SpiritQuest⠀ #ChasingSunrise

Best known as the co-founder for Chasing Sunrise, Julian has become an outdoor leader in Vancity. Known to anyone who’s ever participated in a Chasing Sunrise event (including a whopping 1,000 Vancouverites on Canada Day alone). He’s slid down mountains on floaties, jumped into icy lakes in a wetsuit and encouraged over 40,000 people to connect with the outdoors.

My only hope is that when you get the chance to send it – to get after what you want – you find a way overcome the wave of BS society has sold us all and take the leap. ⠀ Future you will thank you for it. ⠀ Moment: one of the raddest humans ever (one and only @wendy.shep) capturing me in a pure moment of getting just what I want. Sending it floatie-styles over the Vancouver skyline. ⠀ #PeterPanSyndrome #RealTalk #ChasingSunrise

This election is about YOU and your family’s future. It’s about giving YOU a stronger voice in #Burnaby-Lougheed. I’m pleased to share my plan for a bright future in #Burnaby-Lougheed which includes more affordable housing options, more local jobs, protecting the environment, transparent government and so much more. Please click the link in my bio to read my platform!

Former Global news anchor, aspiring politician and smiling neighbourhood face. Follow along to see what Vancouver’s favourite Darling gets up to.

Tomorrow is National Cupcake Day @cupcakedayca! Please join me in supporting @bcspca & make your pledge to help our furry friends in need! bclib.ca/spca

Model, actress, entrepreneur and author; Shay Mitchell is a woman of many talents. She’s also a proud Vancouverite who just happens to have 17 million followers on the ‘Gram!

Home for the holidays is even more special when “home” means here. #ohcanada

It was but yesterday I thought myself a fragment quivering without rhythm in the sphere of life. Now I know that I am the sphere, and all life in rhythmic fragments moves within me. ~Kahlil Gibran, Sand and Foam

Perhaps best known for her role as Taiana Venediktov on Arrow, lifelong Vancouverite Elysa Rotaru is something of a staple on the small screen with appearances in all manner of hit shows. She’s also got a pretty strong Instagram game right now as her 75k followers will testify!

Vancouver’s most influential environmental activist and science broadcaster. His Instagram is devoted to spreading the word about the David Suzuki Foundation and encouraging people to become more connected with the outdoors.