With all the success had so far by the Vancouver Canucks just over halfway through the season, fans have been wondering and worrying if it’s too much too soon. The “Negative Nellies” (aka the annoying idiot sitting next to me in the bar during the Capitals game) will say things like:

“They’re peakin’ too early, man. I’d rather them play like this at the end of the season, so they got that momentum goin’ into the playoffs.”

Salient point, my dear bar-mate, but is riding a hot streak into the playoffs really all that important?

Remember the Canucks of 2001-2002 who stormed into the playoffs as the NHL’s hottest second half team, only to lose to Detroit in 6 games? How about last year’s L.A. Kings, who also took the mantle of “league’s hottest team” into the post-season, only to be dismantled by the Canucks?

Surely there are many arguments that can support either side on this, but I’d just say that this idea of “momentum” going into playoffs is a bit of a sham. Two much more important factors are the health of the squad and a goaltender who is playing well.

Goaltending, as we all know, is key to any playoff run, and a hot goalie can single handedly win playoff rounds.

Surely we’ll have more time to examine this as the playoffs approach, but for now, don’t forget that Roberto Luongo has shown this Halak-like ability during the Canucks’ playoff run in 2007.

Adversity. Although it’s not likely a word known to my friend at the bar, it’s what he was getting at. Teams that have success during the playoffs often seem to have gone through some sort of adversity during the regular season. The Chicago Blackhawks, last year’s Stanley Cup Champions, had a stretch where they lost 8 of 11 games earlier in the season.

A year earlier, eventual champions of 2008-09, the Pittsburgh Penguins were so discombobulated midway through the season that they fired head coach Michel Therrien and hired Dan Bylsma.

Where is all this hardship right now for the Canucks? A 7-1 loss to the Chicago Blackhawks early in the season would certainly fall into this category, but though it was a disaster at the time, is that all the suffering this team will have to fight through this year?

The odds would say no, and if the way the Canucks are playing at the moment is any indication, this may be the start of the rough stretch. Ryan Kesler, the on-ice leader of the team, is battling through a hand injury, and it’s showing. On Sunday, he went 4-for-10 in the faceoff circle, and he was demoted to the fourth line in the third period.

With the second line needing a spark, the team has called up Sergei Shirokov from the Manitoba Moose for Tuesday’s game, which may be a true indication of Kesler’s actual condition.

Still, there’s something different about this year’s squad. They have shown that their line-up is good enough to beat any other team in the league, when all pieces are firing. Really, they only have one opponent: themselves.

Maybe the past two seasons have been enough adversity for the leaders of this Canucks team to draw on and continue their drive ahead. After two years of heartwrenching playoffs defeats, the team should have enough motivation to stay at the top of the standings without a massive losing streak along the way.

And, as promised, we will continue to enjoy looking at the standings, as long as the Canucks stay on top: 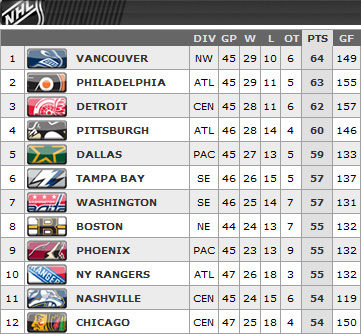 A look at this week’s games:

The Canucks record against the Avalanche is 4-0 this season, and it’s with good reason. Colorado’s fast-paced up-and-down style plays directly into Vancouver’s hands, as the Canucks have the skill and speed to match any team at this game. 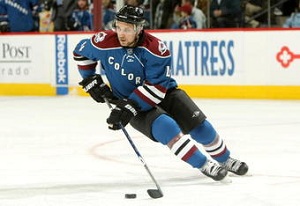 Defenseman John-Michael Liles has 31 points through 45 games, and leads his team in assists. 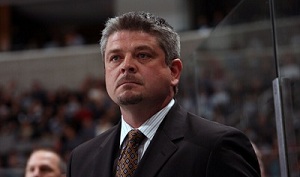 At the moment, the Sharks are not even in the playoff picture. Sitting at 10th in the West, with 49 points, they only just snapped a 6 game losing streak on Sunday night. To see how bad it things are going for the Sharks, one need only look at the plus/minus of their top players:

Looking at these numbers, the only confusing thing is Heatley’s -2. Two believable explanations: either his inopportune line changes are causing the goals (and thus not hurting his +/-) or he only plays special teams.

With numbers like these, we do not feel like any Shark player deserves the honour of being named “Who to Watch.” 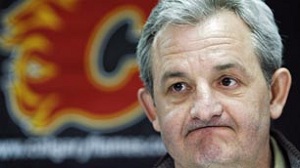 Since Darryl Sutter stepped down as GM of the Flames on December 28, the team has picked up points in 6 of 8 games and they are 4-2-2. New GM, Jay Feaster, has stated that the team’s current goal is to win 2 of every 3 games, but if they do not do so, he will be looking to make big changes. The question is, does he look at that OTL column as losses or simply dismiss them?

Either way, with 45 points, and only 7 points out of a playoffs spot, the Flames may not be considering themselves dead in the water just yet. Obviously it would take a minor miracle, or an incredibly torrid run for them to salvage this season, but anything’s possible. 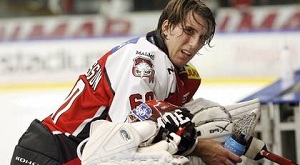 Playing on Friday night against Dallas, and then travelling to Vancouver for Saturday’s game, Vancouver has a good shot at seeing Flames’ backup Henrik Karlsson in net. He is 3-3-3 on the season, with a GAA or 2.57 and save percentage of .906. Don’t watch him, Canucks, blitz him!