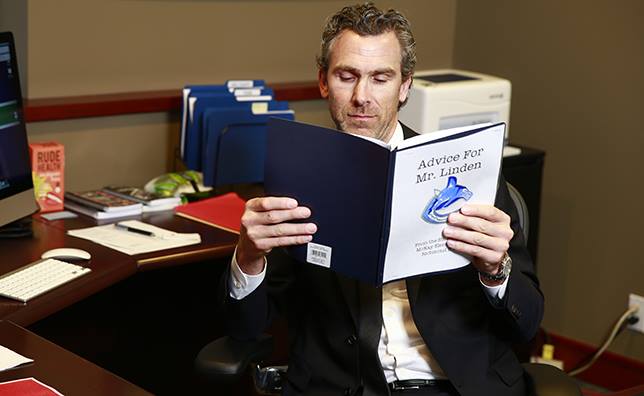 TSN 1040 airwaves were abuzz Wednesday morning with an old, tired topic around these parts: “would fans support a rebuild?”

This topic was brought up as a result of a rather unscientific fan poll done by The Hockey News, in which the Canucks finished 30th in the league in terms of confidence in their front office. Our slightly less scientific poll revealed that

Let’s get back to the question of fan support for a rebuild.

I believe that Canucks fans absolutely would support a rebuild. You may disagree, but you may also disagree on how I define “support” and how I define “rebuild”.

Support, both in terms of interest-level and financial support, would wane if the Canucks had a losing season. This is true in all 30 NHL cities.

But not all losing seasons are created equally. The Toronto Maple Leafs are a great example of this. As bad as they have been, fans are on board because they can see help is on the way. Winning the lottery helps, of course, but they put themselves in a position to win it. But even prior to winning the Auston Matthews sweepstakes, fans there are a lot more positive than they ever were during the John Ferguson Jr. days of trying to win and falling flat on their face.

Now let’s define “rebuild”. There are many different kinds of rebuilds.

There’s the burn-it-to-the-ground style that the Leafs and Buffalo Sabres have exhibited in the last two seasons. That’s where you trade anyone and everyone for whatever you can get, sink to the bottom of the standings and hope you win the lottery.

There’s the accidental rebuild, which the Calgary Flames accomplished late in the Jarome Iginla era. That’s where you try like hell to make the playoffs, finish in 9th place, miss the playoffs and get a bad draft pick.

Most other rebuilds fall somewhere in the middle.

For the most part, a rebuild involves trading older players for younger assets. That’s something the Canucks have accomplished in certain situations (Ryan Kesler, Jason Garrison, Kevin Bieksa) but not in others (Dan Hamhuis, Radim Vrbata, Chris Higgins, Shawn Matthias).

A rebuild does not need to involve getting rid of everyone with value, nor does it need to take ten years. I think it’s safe to say that fans would be upset if the organization traded the Sedins or lost games like the Oilers did for a decade.

But something in the middle, a little closer to the blow-it-up end of the pendulum would be bought by fans if it was sold right.

What’s particularly interesting in Vancouver is how low interest was for the team when they last made the playoffs. Sure, people were excited, it’s playoff hockey and winning is fun. But the excitement level for the 2015 playoffs was lower than any other time with the Canucks since the 1980s. That was a 101-point team, but it sure didn’t feel like one.

My evidence on this is anecdotal, of course, but it is extensive. Remember when the Canucks signed Ryan Miller to a three-year $6 million per season contract? Never has such a big name signed in Vancouver with so little fanfare. Same goes for Loui Eriksson this summer. Eriksson has been an all-star and had three straight 70+ point seasons not long ago, and yet the Derek Roy acquisition in 2013 had more elation from fans because fans still had Stanley Cup dreams dancing in their heads.

People in this city are smart. They know what a Cup contender looks like and they have an idea of how to get there. The people that I talk to, both hardcore and casual fans, just want a good, young team that tries hard. They want a future.

So that’s why the answer to “would fans accept a rebuild” was always yes.

The perfect man to sell this idea to fans was Trevor Linden and the perfect time to start it was in 2014, just after he was hired in the aftermath of the John Tortorella year.

What the Canucks have done instead is a “rebuild-on-the-fly” which has confused many. For me, it means they want to bring in young players and take another run at a Cup before the Sedins retire. But I’m just guessing.

The Canucks are rebuilding, sort of, and we can see who fans are excited about. It’s not Loui Eriksson (although he will be very good here) and it’s not Alex Edler (who is still a good defenceman). It’s the young guys.

Jake Virtanen mania will engulf the city if he scores 20 goals next year. Bo Horvat hasn’t shown to be a second line centre yet, but he’s already a fan favourite. Sven Baertschi showed promise down the stretch last year and people noticed. Fans are already well aware of Thatcher Demko and Brock Boeser, and neither has played so much as a preseason game here yet. People freaked out when Jared McCann, Hunter Shinkaruk, and Frankie Corrado were traded.

It’s gotten to the point where including a fifth round draft pick in a trade comes under intense scrutiny in Vancouver now.

Fans want a future, plain and simple. Sell that, trust me. It’ll work.