The Canucks message boards are great place to sound off, introduce new memes and every once in awhile a great source for a potential leak. Rumour has it that the Canucks may be introducing another third jersey next year. The following was posted by 2nastie:

During this time of year, all stores who retail jerseys, hats, t-shirts, and any team related merchandises of the NHL must submit their orders to Reebok now in order to receive the new shipment before the season.

Being a hockey fan, memorabilia fanatic, and long-term customer of a store (that will not be named). I had a brief conversation today with the owner as I usually do and he gave me a glimpse of the new stuff he ordered.

Saw both the Reebok order forms and full images of t-shirts, hats … minus the jerseys for next year.

Maroon colours. Millionaire’s V on the front (C – captain as well) and of course our captain H. Sedin 33 on the back. Same stye as the current Canucks t-s with the players name and number.

BUT… no third jersey images as Reebok won’t release that to the public yet (for all the obvious reasons).

However, under all his order forms and email replies, it will be a new third and it should be the Millionaires jersey (is it 100% the same as ones from the past …. answer is NO… but a new jersey none the less).

EDIT: what I meant here was that it is not 100% confirmed nor refuted that it will resemble the old jerseys

Believe me or not, I saw everything with my eyes. Would have taken pics, but being his customer and such. It would be quite blatant if I did right it right in front of his face.

Will it look something like this posted by Vintage Canuck: 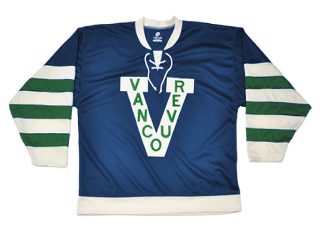 Or will it retain the maroon colours?

Just for fun, what if these were the Canucks third jersey by Hamuis’ Beard: 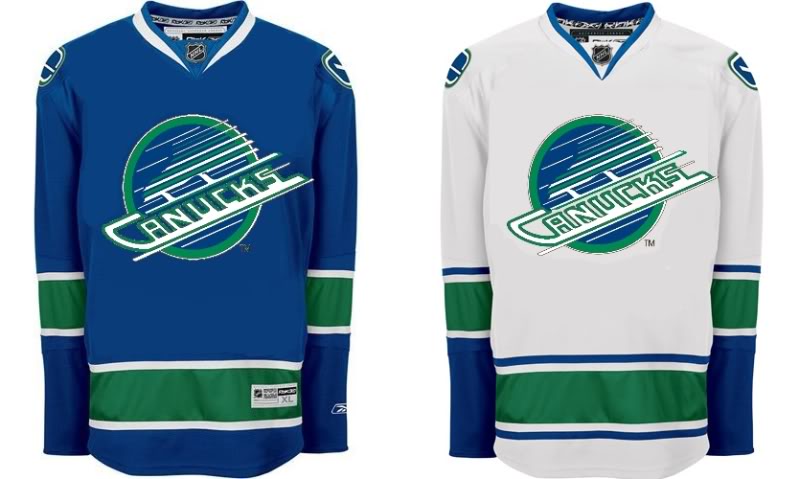 Take it for what it is. It’s the summer, Luongo still hasn’t been traded and the discussion of another hockey lockout looms over like the dark clouds over Lower Uncton.  At the end of the day this may not happen at all but another jersey from the Canucks isn’t really that far fetched, there is only a few 100 variations out there.