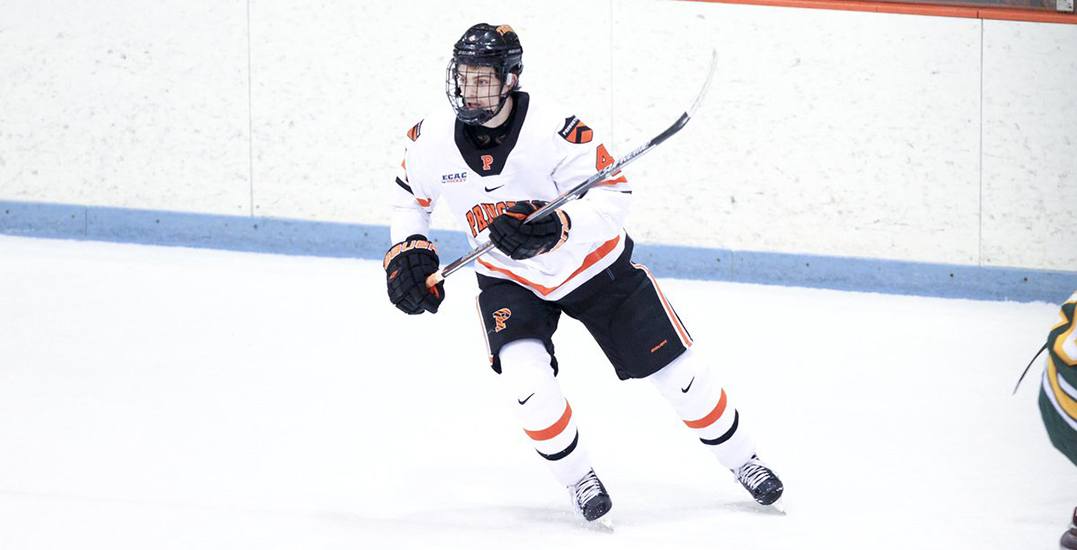 Later this afternoon, as the Vancouver Canucks prepare to face off against the New Jersey Devils, they’ll be missing Josh Teves, one of their newest signees.

Rather, he’ll be preparing for a whole different type of competition and getting ready to write a midterm instead.

The defenceman, who signed a one-year contract with the Canucks on Tuesday, is on track to graduate from Princeton University.

Teves, speaking to the media for the first time since joining the #Canucks, said he’s happily overwhelmed. He’s not sure when he’ll make his debut.

Off the ice, he still has three classes to finish before graduating from Princeton and actually has a mid-term this afternoon.📚😳 pic.twitter.com/z4W1009sHR

The 24-year-old is completing a mechanical engineering degree and hopes to graduate in early June.

“I’m still in three courses right now,” he told reporters at Rogers Arena. “So I’m going to have to go back after the season and finish up my courses.”

“Education was really important to me and my family… and then to keep my hockey dreams alive is an amazing opportunity as well.”

Teves led Princeton blueliners in scoring this past season, netting three goals and 17 assists over the course of 30 games. Last month, he became the organization’s all-time record holder in assists by a defenceman.

The Alberta native also joined the Canucks Development Camp last summer as an invitee, which he says helped influence his decision in signing with Vancouver.

Expect the 6-foot-0 defenceman to make his Canucks debut soon, that is, so long as he gets his homework done.