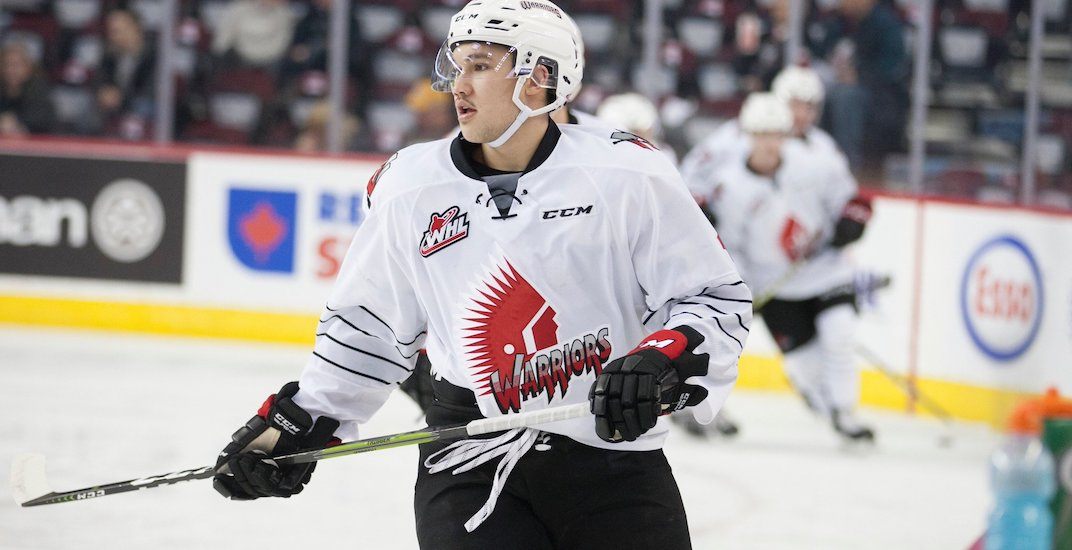 The Vancouver Canucks have inked another blueliner.

On Saturday afternoon, Jett Woo of the WHL’s Moose Jaw Warriors was signed to a three-year entry-level contract.

The 18-year-old was drafted during the second round (37th overall) of last year’s NHL Draft.

He’s also just the second player of Chinese descent to be drafted into the NHL.

“We’re very excited at the strides Jett has made this season with Moose Jaw,” said General Manager Jim Benning. “He plays the game with good intensity and attention to detail at both ends of the ice.”

The Winnipeg Native is in the middle of a career-high season with 62 points (12-50-62) over the course of 61 games. He’s ranked fifth on the Moose Jaw Warriors in scoring and fifth in points per game among WHL defenceman.

In addition to having remarkable point production, he’s also a fan favourite in Moose Jaw for his grit and physical play.

There’s no word on when he’ll make his NHL debut but when he does, be sure to look out for some electrifying hits and his kick-ass name.