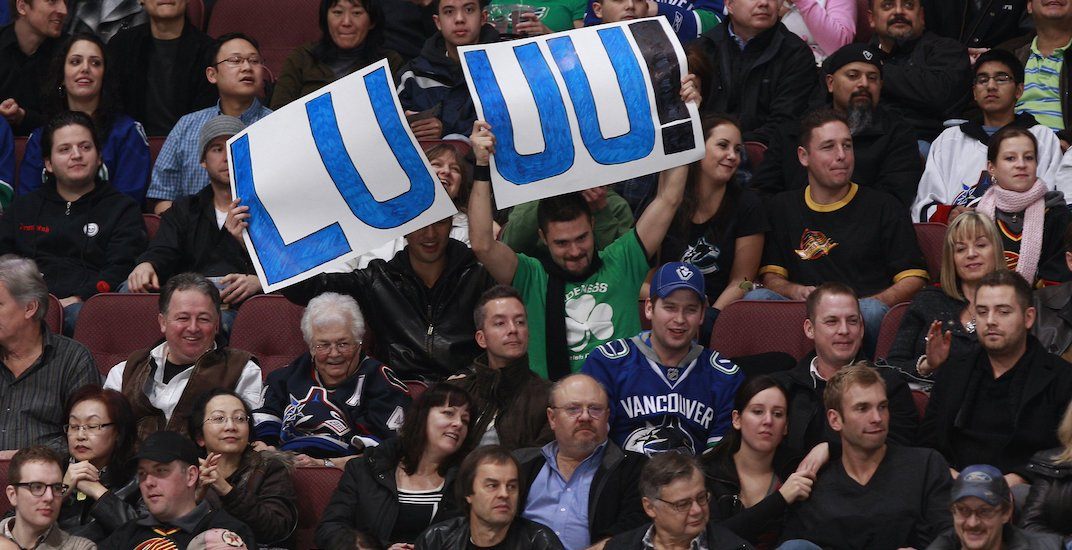 The 40-year-old hangs up his skates after 19 seasons in the NHL, including eight with Vancouver.

Fans in Vancouver remember him for his Olympic gold medal on home soil, as well as the iconic Stanley Cup run in 2011.

Here are some of the fans’ reactions to his announcement.

Roberto #Luongo ..The best goalie in Vancouver #Canucks history. Enjoy retirement @strombone1 ..hope to see your number in the rafters one day pic.twitter.com/hOzOUYavBG

not to be emotional or anything, but i grew up watching the Luongo/Sedin Canucks, and they made me fall in love with hockey. weird to see them all retired https://t.co/OjjkOysOPy

Congratulations to Roberto Luongo (@strombone1) on a magnificent NHL career. Thank you for all the amazing memories in Vancouver, from the 2010 Winter Olympics (Gold Medal) to the 2011 Stanley Cup Finals, you are definitely the greatest goalie of all time for the #Canucks. https://t.co/Yb754ZtzAL

“Bingo Bango Bongo Great Save Luongo” I’ll never forget those words from my child hood when watching the #Canucks. Thanks for the memories Bobby!

Congrats on an awesome career Lou ! BTW, never think you cost us the Cup, you gave us #Canucks fans the best chance we never had for the previous 17 long years. Was a hell of a run. 🥅#Luongo https://t.co/5fbds1OZ22

Sad to see Luongo retire but what an amazing career the dude had, Proud that he was a Canuck for so long, I wonder if a media career is next, his personality is made for TV. 👏❤

Roberto Luongo embodied a complete pro athlete. An inspiring advocate in the community and a fierce competitor on the ice, he always did it with class and a light-hearted smile. Congrats on one hell of a career, Luuuuuuuu. #ThankyouLu @Canucks @strombone1 #NHL #FirstBallotHOF pic.twitter.com/wamOjveld4

Thanks for all the memories sir. You will always be a Canuck in my eyes! Enjoy your time off, but please continue your twitter presence.
BINGO, BANGO, BONGO, HIS NAME IS LUONGO! pic.twitter.com/roMp6v5Mn8

So many amazing memories, from the gold medal win in Vancouver to countless great seasons for the Canucks. A lot of love for Luongo in this town, we’re forever grateful. https://t.co/1t9V1oX6u8

@strombone1 I cannot express to you sufficiently enough what having you on the #Canucks meant to us fans. The day the team acquired you, I actually ran around the office yelling “WE GOT LUONGO!” Best. Day. Ever. Thank you, Roberto for giving us your best. #nhl #robertoluongo

Loved being your fan. Walking through Vancouver, knowing nothing about hockey, saw a Luongo jersey. Said to my wife, “the Canucks have a player with your maiden name!” Bought her your jersey and have followed you and hockey ever since.

Roberto Luongo is a legend to fans in #Vancouver, a market that has far-too often been unreasonably difficult to its goaltenders. He brought us an Olympic-sized party in 2010, and within a game of @canucks greatest hockey moment. Thank you, Luu. #legend #nhl https://t.co/jWHTq322F1

What a nice heartfelt letter from Luongo. I have many found memories of his time in Vancouver playing for the Canucks. Wishing you all the best @strombone 😊 https://t.co/8YakFrwX8r

if luongo retiring prevents the canucks from signing tyler myers, that would be the best save of his career

Roberto Luongo may have just made his best save as a Canuck. #CapRecapture #NoMyers

Words can not describe what Luongo did for Canucks fans, the city of Vancouver, and myself.

An idol for many, and a role model for all. Best of luck Bobby Lu 🙏 https://t.co/T7cnmitGlt