Ticket prices have always been a hot topic when it comes to the Vancouver Canucks.

According to the latest data from Business Insider, the average cost to see the Canucks is $114.2 or about 30 per cent higher than the league average of $87.80.

This puts the Canucks right behind Toronto, Boston and the New York Rangers. The Maple Leafs are still the most expensive team in the NHL. 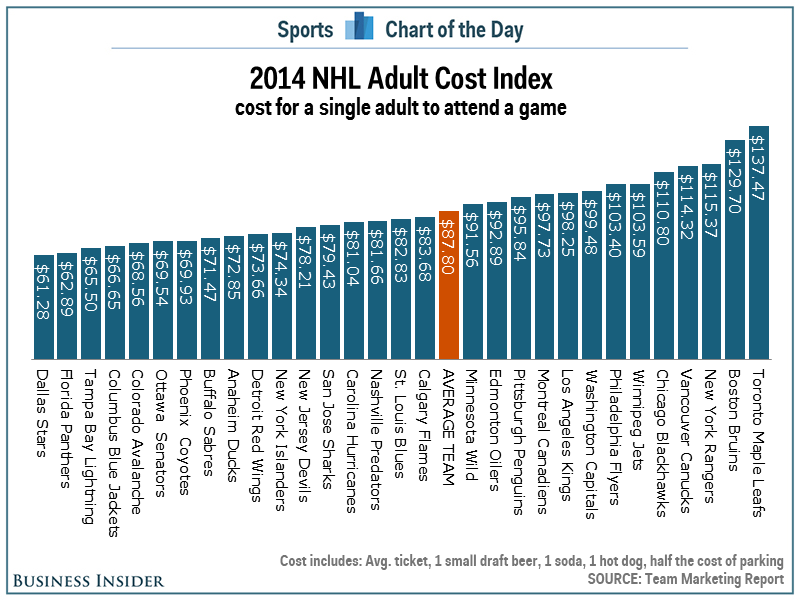 The calculation is based on the cost for a single fan to purchase an average-priced ticket, one beer, one soft drink, one hot dog, and half the cost of parking at the stadium, since you’re more than likely to split the cost of parking with two or more individuals.