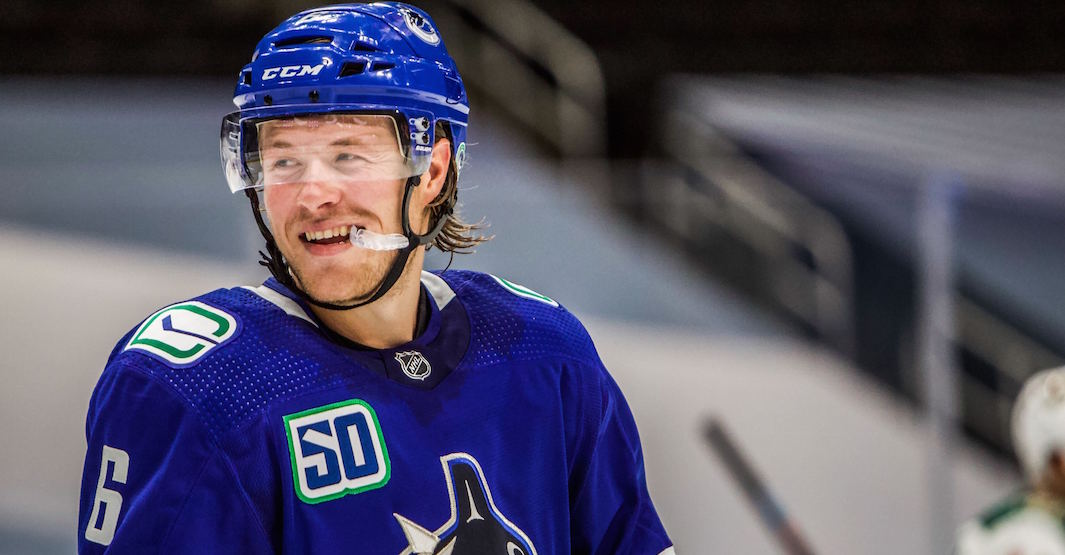 The NHL has unveiled each team’s full 56-game schedule for the 2020-21 season, and opening night will see the Vancouver Canucks take on the Edmonton Oilers.

56 games in 115 days. The #Canucks will face each Canadian team at least nine times, which matchup are you most looking forward to? 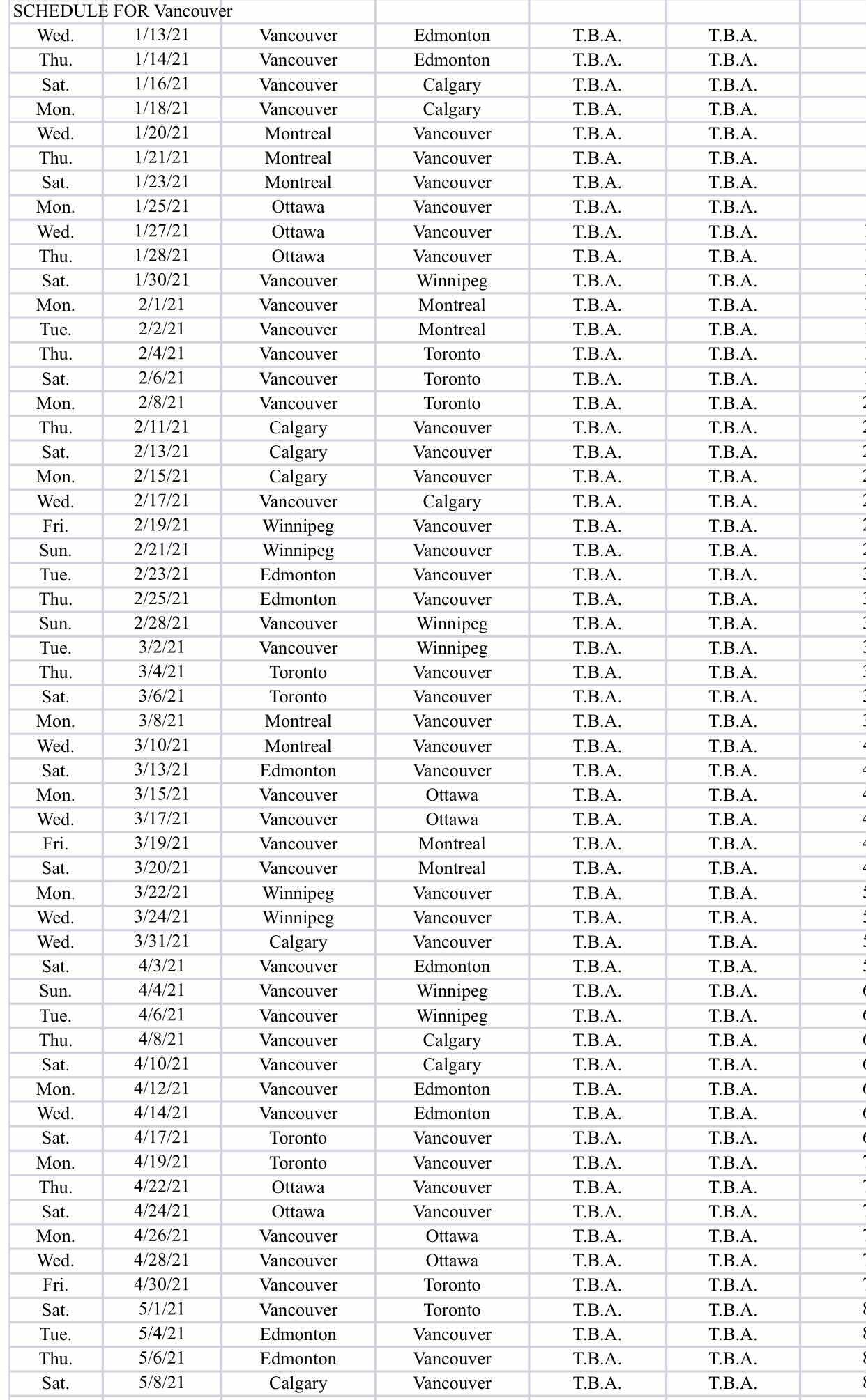 The top four teams in each division will qualify for the Stanley Cup Playoffs, with intradivisional play in the first two rounds (#1 vs. #4; #2 vs. #3). The four teams that advance to the Semifinal Round will be seeded by their regular-season points total, with the No. 1 seed playing the No. 4 seed in one series and the No. 2 and No. 3 seeds meeting in the other.

Formal training camps will begin on January 3. There will be no pre-season games. The seven teams that did not participate in the 2019-20 Return to Play will be permitted to open their training camps as early as December 31.

The Canucks will renew acquaintances with former division rivals Montreal and Toronto. All three teams competed in the East Division from 1970-71 to 1973-74 (each of the Canucks’ first four NHL seasons) before the League realigned in 1974-75.

The NHL is planning to have all games be played in home arenas but is prepared to play games in one or more neutral venues per division should it become necessary.

This could make things complicated for the Canucks, as thus far the BC government “remains unwilling” to allow NHL teams to travel into the province for games, according to a report TSN’s Ryan Rishaug.

League source says at this point the BC government remains unwilling to allow NHL teams to travel into the province for games. That may change as discussions continue, but remains their position as of now, even with the added safety protocols outlined today by @frank_seravalli

NHL owners and players reached a tentative agreement on a 56-game season on Friday, with the season beginning on January 13. The plan, which is still subject to change, calls for an all-Canadian division, with the seven Canadian teams playing the entire season among themselves.

Unlike the playoffs last summer, it would not involve a bubble, and teams would play games in their home arenas. That means that cross-country travel would be involved, which appears to be a concern for the BC government given rising COVID-19 numbers across Canada.

NHL teams travel on private planes, and according to a report from TSN’s Frank Seravalli, players and staff will have strict rules limiting their movement in road cities to the game rink, practice rink, and team hotel. Players and staff will also be tested for the virus on a regular basis.

Language in protocol continues to change, and will further with input from provincial health authorities.

No guests in hotel rooms. No use of hotel gym. No housekeeping. Assigned seats on buses and planes. In-flight catering eliminated where feasible, etc.

It's all spelled out.

If the NHL and BC government can’t come to an agreement, it could force the Canucks to temporarily relocate to another Canadian city outside of the province.