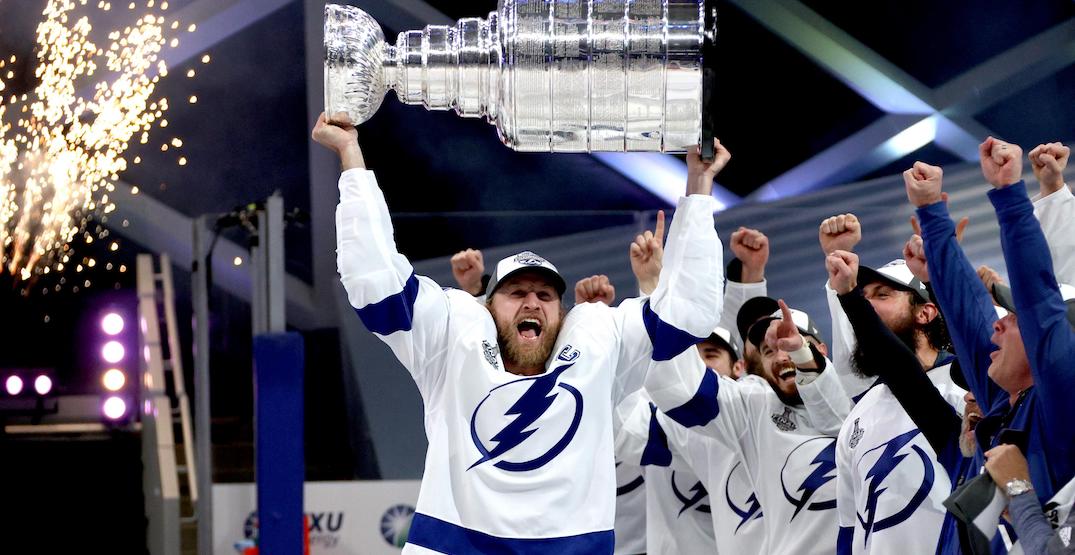 Hockey is coming back.

The NHL and NHLPA have reached a “tentative deal” on a 56-game season, according to a report from Sportsnet’s Elliotte Friedman. While nothing is finalized yet, the deal is expected to be approved by all parties.

There is word tonight NHL & NHLPA have tentative deal on 56-game season.

All the top hockey insiders are tweeting up a storm tonight, as details of the agreement are trickling out.

The deal calls for the regular season to start on January 13, according to a report from TSN’s Frank Seravalli. Servalli adds that training camp will begin on January 3, except for the seven teams that did not return to play last summer. Those teams will be permitted to begin camp four days earlier, on December 30.

There will be no preseason games, according to Sportsnet’s Chris Johnston.

Tentative agreement between #NHL and #NHLPA (which requires approval) calls for training camps to open on Jan. 3 and regular season on Jan. 13.

All dates subject to change. Scheduling not finalized.

The tentative NHL/NHLPA agreements calls for no exhibition games. Directly to the real thing.

TVA Sports’ Renaud Lavoie reports that an all-Canadian division will be in place. TSN’s Pierre LeBrun adds that the NHL is hoping to resolve health protocols with each of the provinces by Monday.

Hearing NHL and NHLPA are getting close to a deal and you have to expect an announcement in the next few days. Season should start January 13 and hearing we will have a Canadian division.

Canadian NHL team issue over health protocols with provinces still not resolved, per source. But hope is to resolve it by Monday.

Reports yesterday questioned whether Canadian NHL teams would be allowed to play in their home cities due to rising case numbers of COVID-19.

The league would prefer not to play in a strict bubble environment like it did last summer. That would involve travel for teams, but only within their own division, NHL Commissioner Gary Bettman said earlier this week.

Provincial governments in British Columbia, Alberta, Manitoba, Ontario, and Quebec still have to sign off on such a plan.

“The Government of Canada’s priority is to protect the health and safety of Canadians,” a Health Canada spokesperson told Daily Hive on Thursday. “The resumption of sports events in Canada must be undertaken in adherence to Canada’s measures to mitigate the importation and spread of COVID-19.

“NHL teams and other professional sports teams must operate within the rules of their provincial jurisdictions for sports or sporting events.”

If Canadian health officials don’t give approval for playing games in home arenas, teams could be forced into a bubble north of the border, or relocate to the United States where the regulations are less strict.