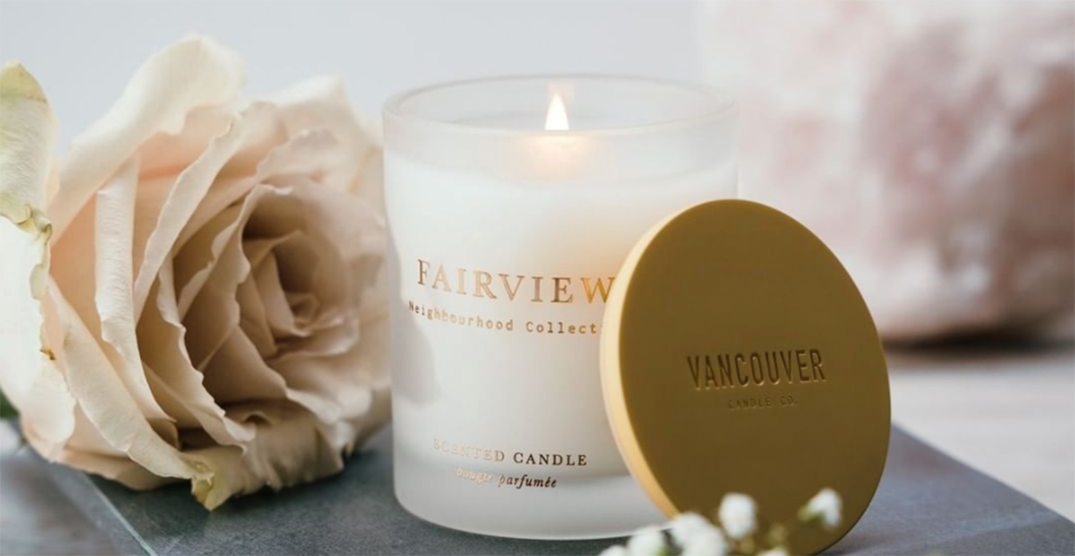 Vancouver Candle Co. initially tried to get a Vancouver woman to take down her Instagram post alleging its owner sent racist messages before changing tactics and issuing an apology.

McDaniel parted ways from the candle company in 2018 after her contract with them ended. She told Daily Hive the company was no longer a good fit for her agency.

The candle-maker posted an apology June 7, acknowledging founder Nicholas Rabuchin sent two of the messages — one referring to a store owner who carried the candles as a “fucking Jew” and another one defending the use of the N-word.

Rabuchin denied sending the third message, where the sender calls McDaniel the N-word and says they hope her store burns to the ground with her inside.

But Daily Hive has learned that in between the two posts going live, Vancouver Candle Co.’s lawyer sent McDaniel a cease-and-desist letter trying to get the screenshots taken down.

In the letter emailed to McDaniel early in the morning on June 7 and seen by Daily Hive, lawyer Helena Plecko says the post provides “misleading facts” about her client and is apparently “breaching Mr. Rabuchin’s privacy rights by publishing his name and phone number.”

The only image with a visible phone number McDaniel shared was the one calling her the N-word, the one Rabuchin denied sending.

The letter also alleged McDaniel was “using the current political climate to further your own agenda of harming my client’s reputation.”

It finished by asking McDaniel to cease and desist with publishing “slanderous messages about my clients.”

But later that day, the candle company issued a public apology acknowledging it sent two of the messages.

Daily Hive attempted to get in touch with Vancouver Candle Co. and two of its lawyers for this story through email, phone, and social media messages. Neither the company nor the lawyers responded before press time.

“How do you get a lawyer up to draft a cease and desist for 4 in the morning?” referring to when she opened the letter, which by the email time stamp was actually sent at 1:56 am.

Kelowna florist HOST Floral also told Daily Hive that Vancouver Candle Co. accused McDaniel of lying about the messages before posting its apology. HOST Floral shared screenshots with DH that showed the candle company telling the florist it would never use the term “fucking Jew” because the sender’s mother is Jewish. 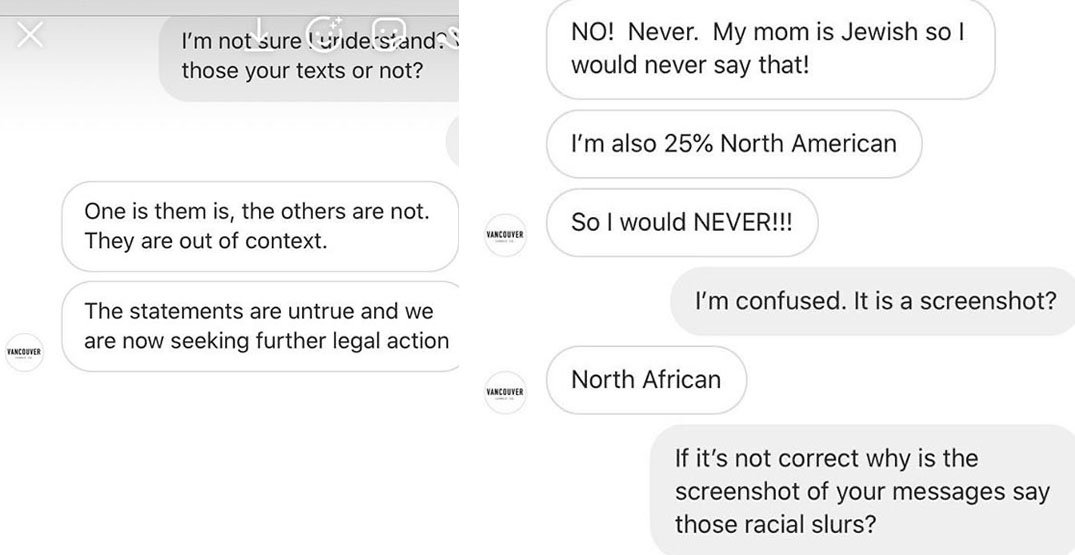 Major retailers Indigo and Nordstrom have both dropped Vancouver Candle Co.’s products over the issue.

“Nordstrom doesn’t tolerate discrimination and we expect the same of our partners,” spokesperson Lauren Adey said.

Anyone who knows our brand knows that we believe in being honest and transparent, even when it’s uncomfortable to do so. ⁣ ⁣ Recent social media posts have caused us to look inward and reflect on words and actions that have offended. We are sorry. We are far from perfect and have said some things in the past that we are not proud of. We apologize to Warner McDaniel and to all those that we have hurt. For that, we are truly sorry. Like many, we have paused all of our typical branded content this week and have been amplifying the voices that matter through our Instagram stories and have taken time to focus on educating ourselves about racism so we can continue to be better.⁣ ⁣ The recent fabrication of words and context is not something we will support or sit in silence. We know that words cut deeply, and past words can be weaponized. There’s many things that the original post by Warner McDaniel Agency does not disclose, most of which, due to ongoing litigation since 2019, we are not able to speak to. We sincerely apologize, and to be open and honest, here is what we can share regarding the original post: ⁣ ⁣ – We have not been in communication with Warner McDaniel since we terminated our sales agency relationship in 2018.⁣ ⁣ – We DO NOT know who the numbered message is from. The messages are hateful and wrong on so many levels. Reading these comments makes us sick to our stomach, and we are saddened that anyone would send such messages to another person. We sympathize with Warner McDaniel for receiving such hurtful messages. ⁣ ⁣ – The texts named “Vancouver Candle Co.” and “Nicholas” are from us dating back to 2017. We belong to not one, but multiple minority groups that have suffered sustained and systemic discrimination, and we are not proud of this type of vulgar language. In context and out of context, this is not appropriate and we are deeply apologetic. ⁣ ⁣ We apologize for any hurtful, inappropriate or racial comments either in context or outside of context and we’ve learned from our mistakes and will continue to educate ourselves and continue learning. (CONTINUED IN COMMENTS…)

Nick, Co-Owner: I said things that are unacceptable, hurtful & contrary to the values of our company. Racism has never been & will never be tolerated at Vancouver Candle Co. My past words are not reflective of what we stand for as a company. My hypocrisy stops now. It is my time of reckoning. I own my part & apologize without reservation. I make a firm commitment to do better, be better & to help banish all forms of hate. While I did not send the offending text message that used the N-word, I did rationalize the use of that hateful slur as being an acceptable part of pop culture. I apologize sincerely & absolutely. I was totally out of line & wrong. Putting aside our litigation for a business matter, I owe the recipient an apology & have reached out to her. Also, 3 years ago, I sent a derogatory text about a fellow member of the Jewish community. My text was most offensive. I’m ashamed & embarrassed. I apologized to the recipient then & I apologize now. I will also reach out to Ms. Rothman. My life partner & I have always prided ourselves on being models of diversity & inclusivity in our personal lives & as co-owners of Vancouver Candle Co, especially since we are an interracial gay couple. Today I realize that I used my diverse identity as a licence to behave poorly, which is just wrong, and I am truly sorry. I let down my family, the community, our employees & vendors, our valued retailers, & myself. I realize now that my diversity puts a greater responsibility on me to set positive examples & combat all forms of hate. This life-changing moment forces me to reflect on my past to map a better future for myself & our company. My partner & I agree that it is best that I step away from Vancouver Candle Co, so the company can continue doing what it does best, without the distractions that I caused. I will take time to focus on becoming a better person, including taking sensitivity training, & I will continue to listen & learn. I promise to do better. I’m going to start by contacting Black Lives Matter Vancouver & the Jewish Foundation of Greater Vancouver with an apology. I just hope you can find it in your hearts to forgive me. Thank you.