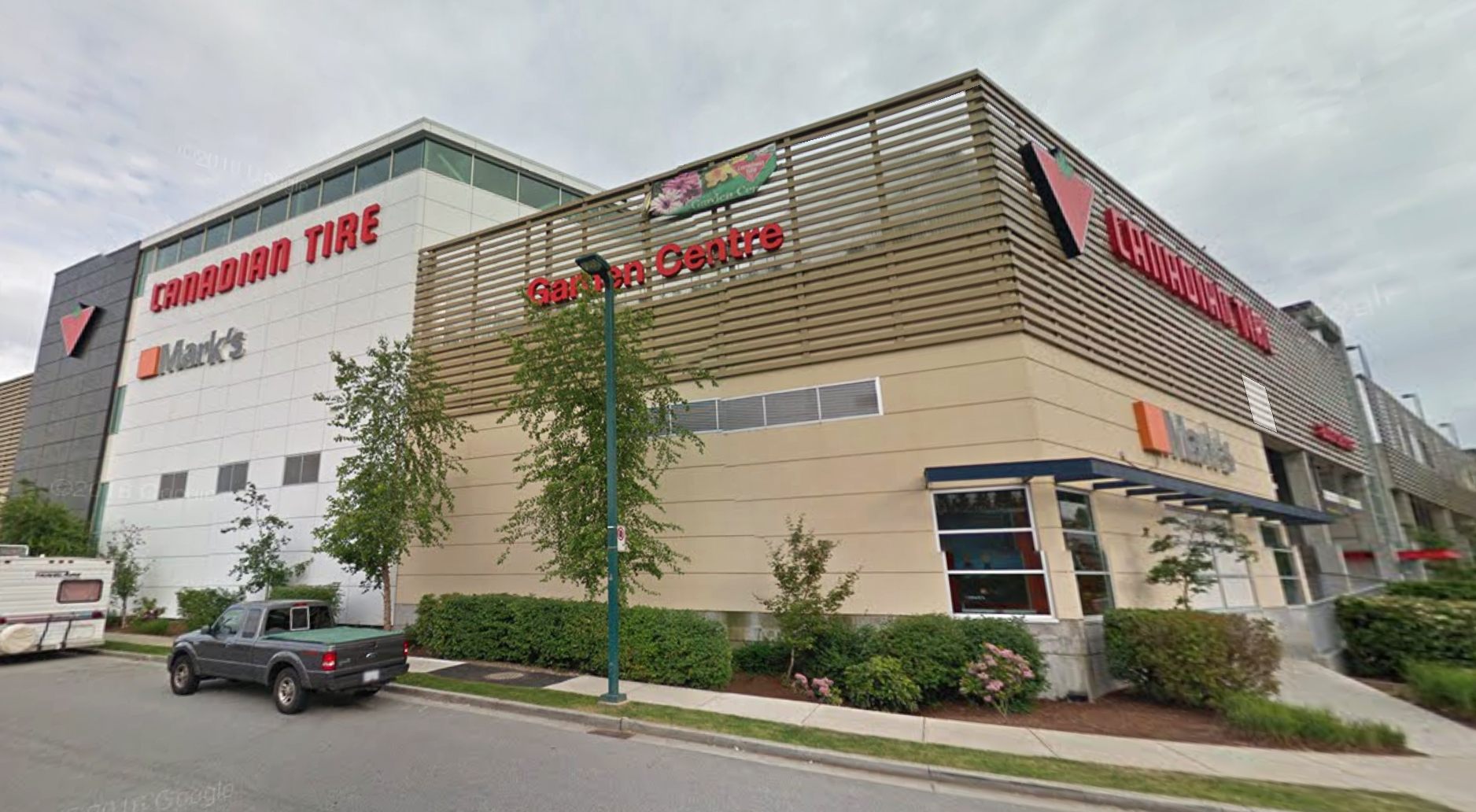 Vancouver Police say the man they killed at a Canadian Tire store on Thursday had stabbed a store clerk, taken an elderly man hostage, and stabbed an officer, before he was shot.

In a release on Friday, November 11, Sgt. Brian Montague said a man had entered the East Vancouver store near Grandview Highway and Rupert Street just after 3 pm, dressed in camouflage.

The man stabbed a 53-year-old employee in the back and across the neck, before taking firearms out the store’s gun cabinets, said Montague.

Multiple 9-1-1 calls were reported, and when officers arrived, they found the man had abandoned the guns and had taken an 82-year-old man hostage.

Police say the man held the elderly man at knifepoint and then tried to leave the store through the doors leading to the rooftop parking lot, but was confronted by responding officers.

Montague said police tried to arrest him, but the man stabbed an officer multiple times in the head and stomach; police then shot the suspect, who died at the scene.

The officer, who has been with the force for five years, and the store clerk suffered life-threatening injuries and remain in hospital in a stable condition, said the release.

The elderly customer held hostage was not injured, say police.

The suspect killed has been identified as a 38-year-old Albertan, who currently lived in Vancouver. Police say his name will be provided by the BC Coroners Service next week.

Police are still searching for a motive behind Thursday’s violent incident, but say they are confident the man acted alone.

A search of his home however, has revealed “concerning evidence of his possible criminal intentions,” said Montague.

Both the Vancouver Police Department and the Independent Investigations Office are investigating and are asking all witnesses to come forward.

Police are urging anyone with video of the incident to call 604-717-2500, especially video that has been shared with the media, but not with investigators,