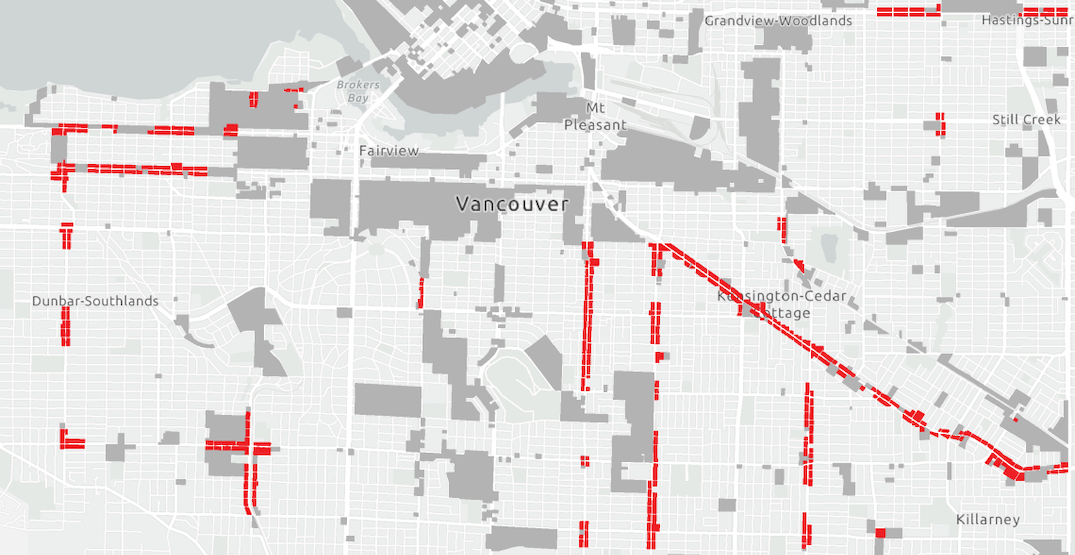 There is little doubt that Vancouver is in need of additional rental housing as one of the measures to improve housing affordability.

As a result of COVID-19, the previously hot rental housing market has somewhat softened from reduced migration and the lower number of international students. It is important to note that these supply and rent conditions are temporary and there continues to be a demand for new supply, now and over the long term. New projects approved during the current economic slowdown will not be completed for several years, when the economy and migration will undoubtedly be in an upswing.

One of the City of Vancouver’s forthcoming policies to catalyze new rental housing expands on select commercial districts along arterial roads across the city.

It would expand the rental replacement requirements under the Rental Housing Stock Official Development Plan to cover certain commercial areas of the city, with the intent of preventing the loss of rental housing as a result of redevelopment. Public consultation is currently being held online ahead of the slated public hearing in December. 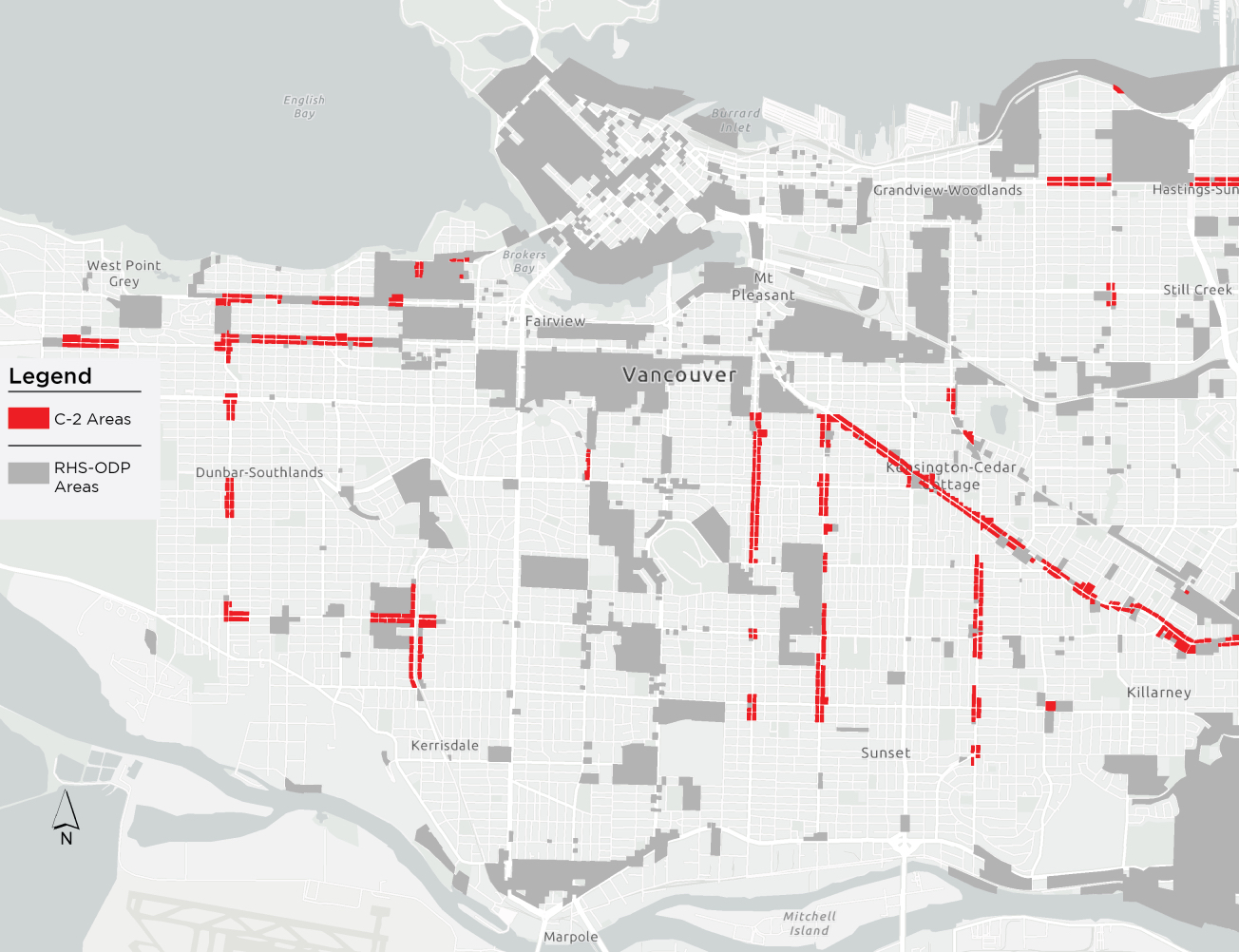 But there appears to be a tradeoff for C-2 property owners with existing rental housing, as this zoning change for commercial districts could be amounted to a downzoning that reduces property values by between 10% and 30%, according to the City of Vancouver’s backgrounder in its recent public consultation materials.

Analysis by city staff show the policies could also potentially impact the property owner’s ability to access construction financing to proceed with their redevelopment project.

Property owners of sites that already have rental housing will be required to replace the rental if they pursue redevelopment, as secured rental housing for 60 years, which may require a separate air space parcel from the rest of the new development, and separate ongoing management of the replacement rental homes.

“For property owners who are intending to sell or redevelop their properties, the impact will include a reduction in land value of approximately 10-30%, though the specific land value impact is dependent on site location, the number of existing rental housing units, size of site, and value of existing uses on the property,” states the city.

“A reduction in land value in some cases may result in a current or future owner’s ability to access credit/financing and current and future redevelopment potential.”

The municipal government’s analysis states commercial properties in the Vancouver Westside could see a greater decrease in land values than compared to sites in the Vancouver Eastside, as rental replacement is valued higher in those neighbourhoods.

“A smaller ratio of rental units per site size will have lower land value impacts. Even in the current context without rental replacement requirements, new development in these areas is only viable on sites with a small number of existing rental units where the redevelopment value exceeds the income value generated from the existing rental units and commercial retail space,” continues the city on the impact to property owners.

According to the city, 15% of the C-2 properties have existing rental housing, totalling about 3,000 units.

However, the impact on land value will of course be limited for property owners who plan to continue to rent their existing building with rental housing. 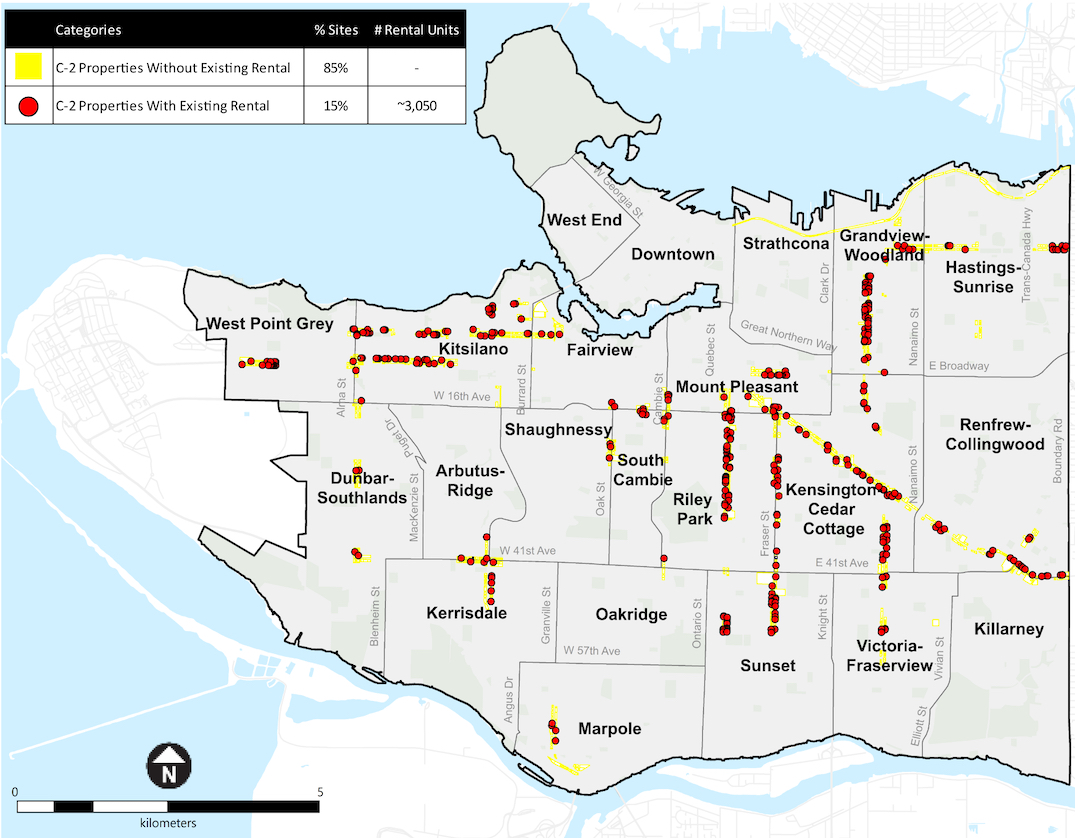 Map of C-2 Properties Across Vancouver With and Without Existing Rental Housing. (City of Vancouver)

These changes, made during a November 26, 2019 meeting, were the result of Vancouver City Council approving an amendment to the amendment by COPE councillor Jean Swanson on expanding rental replacement requirements.

The intended effect was to ensure existing rental supply, often with rents within the more affordable range due to the older age of the structure, would be protected with one-for-one replacements in redevelopments. The lack of such protections recently wiped out some of the older rental housing stock in other jurisdictions in the region.

During the same meeting, city council also approved an amendment by Swanson requesting city staff to explore using zoning similar to Downtown Eastside/Oppenheimer District (DEOD) for the intended impact to decrease land prices so that it will be more affordable to acquire for non-market housing.

The amendment as approved reads: “The possibility of using zoning similar to the DEOD zoning (60% social housing and 40% rental for anything above 1 FSR) to depress land prices so it will be cheaper to buy for non-market housing.”

Editor’s note: A correction has been made to reflect that this is the impact from the policy change to the Rental Housing Stock Official Development Plan, not the C-2 rental housing rezoning policy as previously noted.