Want to show someone you care? Buy flowers. Need to apologize? Buy flowers. Someone is sick? Buy flowers. A special occasion? You guessed it, buy flowers. It’s a simple gesture that every language in the world understands, and sends a message without needing to say anything at all. Unfortunately, the process of ordering them is complicated and lacks any trace of elegance, until now.

When you see a man walking down the street carrying a bouquet of flowers, he is telling a story and you can’t help but crave the ending. You imagine a knock at a door, a smiling face, a kiss. Where are those flowers going, you may ask, what are they saying and how will they change someone’s life?

Trevor Patterson speaks the language of roses and he is keeping the dialogue simple.

Instead of offering a variety to choose from, his company Landeau, relies on quality over quantity, and delivers a poignant message through consistently clean style, packaging, and a luxury not found in the floral department.

The high-end brand isn’t cheap, and a package of roses costs an astounding $95.

Coming into the flower industry as an outsider with a few uncompromised ideas was incredibly rebellious. He found himself having to make some tough choices, and had to stubbornly stand by a lot of his decisions – such as allowing the brand to exude luxury by not sacrificing style or price.

“So far it has served me well to have a narrow focus, and I think there is a big enough market for it,” says Patterson. 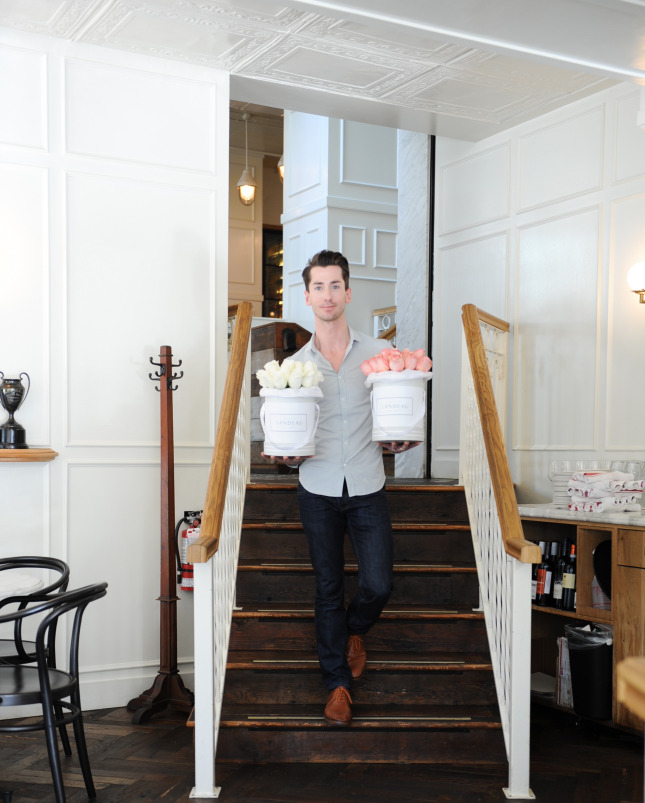 Many years ago, he found himself hopelessly in love at the London College of Fashion, in pursuit of a business degree that didn’t feel stuffy and a way of life that suited his soul. The buildings, the people and the gardens of London drew him in and stole his heart – but he missed Vancouver, with its ocean air and breathtaking mountains.

While living in London, Patterson found himself in need of buying flowers, but felt disconnected as a consumer between the experience of ordering online and the confidence that what arrived would be accurate. As a man, the situation was all the more disenchanting. Where was the romance that these flowers embodied, and why could the whole process – start to finish – not feel like an indulgence of lavishness in itself? Why was it that ordering flowers wasn’t as beautiful as the flowers themselves?

This is how Landeau blossomed, though the seed had been planted long ago.

Growing up, there was this one stretch of Patterson’s neighbourhood that would take him and his mother nearly 20 minutes to walk down, simply because it was lined with beautiful rose gardens and he would want to smell every flower.

When he moved to London and was living on a dime, him and his friends often found themselves wandering through the parks and flower gardens.

“We would be walking and laughing out loud at the whimsical names of the roses, and it alleviated what was a really stressful time,” he says.

Having eventually returned to Vancouver, he decided it was time to launch an online shop that not only appealed to the women – often the receiver of the flowers – but also the men, who he feels are habitually overlooked by traditional florists. 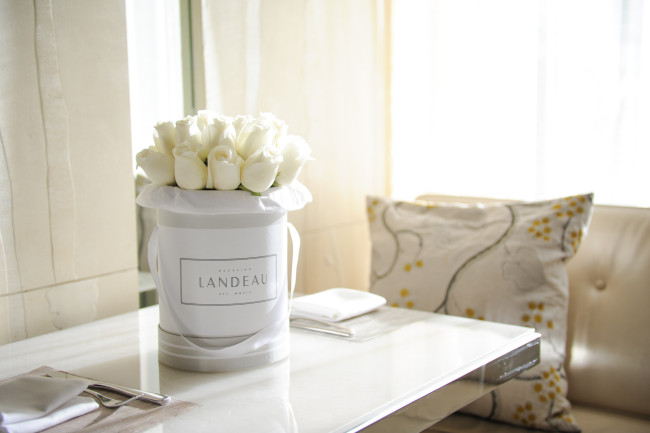 “I think flexibility has served me the best because there have been so many surprises along the way, and being malleable to changes and knowing that when something is working to just go for it,” says Patterson on some of his key business perspectives. “The Landeau brand is very neutral and I would like to eventually see other products hold the Landeau name. Immediately though, I think we will see pop up shops in other cities, places like Toronto and New York.”

The budding entrepreneur has since adorned Landeau with custom packaging and elegant design, to showcase classiness as prominent as the flowers it promises to deliver.

“There is an unspoken power that flowers have over us. One of the sweetest things someone said, was that they never liked flowers until they saw Landeau,” he says. “In a way I could relate, there wasn’t any deep rooted connection in my life to flowers, but once I saw them as a branding and packaging exercise, it increased my connection to it.” 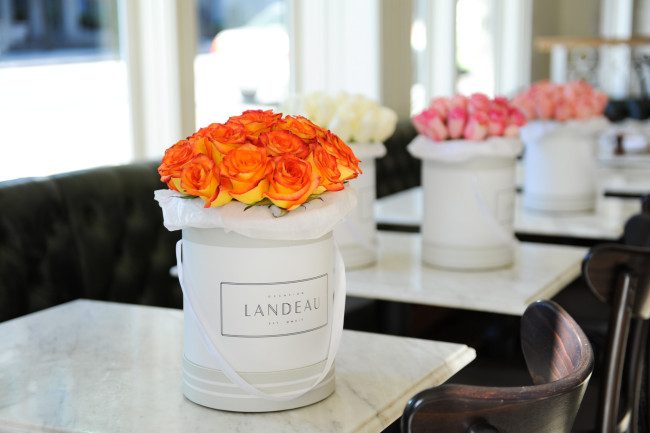 Patterson has made a few drastic changes in his life, a time or two when he turned left instead of right, dove in headfirst and fell hard. But the one thing he hasn’t done is second guess his vision for Landeau, and that alone is a luxury afforded only to true entrepreneurs. With life being as finite as it is, a snapshot of time before we are buried, are we not ourselves comparable to roses?

“They only have a certain amount of time,” he says. “They really shine bright for a few days and then they expire, and when you’re honouring moments or an occasion, there is a beauty in the fact that they don’t last. It makes them more special.”

Landeau is now partnering with a local courier company to open up their service to all of Metro Vancouver. Prices will range from $15 to $55 for courier options (depending on location), and will be available for deliveries Monday to Friday (with order cut off being the previous day).

They’ve also updated their offering, introducing a new white bouquet, named Condé, and a bright pink bouquet, which is named Fleur-de-Lis. Both options are available to order now. There are now a total of five bouquets available. 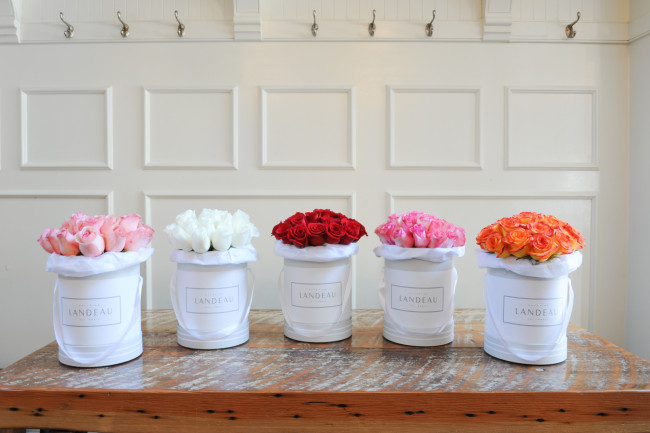