The next time you’re out of reading material while waiting for the bus, have a look around: you just might be standing at a Comics in Transit stop.

Comics in Transit is a public art project by Cloudscape Comics featuring 20 giant-sized one-page comics that have been, and will be, installed in bus shelters around Vancouver in September and October. Each comic documents city life around the globe, including places like Vancouver, Paris, Guadalajara and Japan.

“Comics in Transit was the brain child of our new president Oliver McTavish-Wisden,” said Jeff Ellis, vice president of Cloudscape Comics. “TransLink had a program for public art displays and he wanted us to be involved.

“All the artists are excited to see their work in real life at full size,” added Ellis. “Whenever someone has tried to snap a picture of one it is usually being blocked by someone engrossed in reading it.” 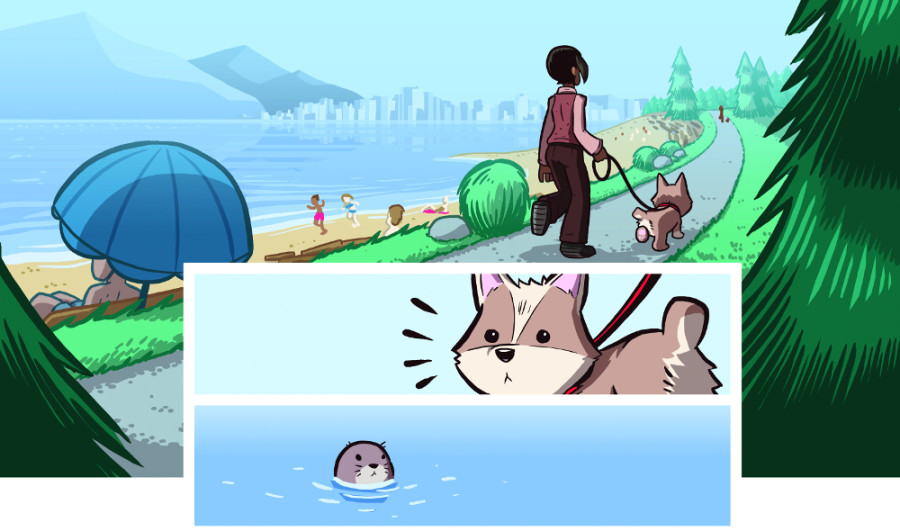 “There are a ton of talented cartoonists living here, and it’s wonderful to see so many of them featured so prominently,” said Logan, creator of Sam and Fuzzy. “With my own piece, my only real ambition was to make something fun that might brighten someone’s day while they wait for the bus. I hope they get at least as much out of it as they would an ad for mortgage loans or a photo of Frozen-branded luggage.”

Nina Matsumoto, who has drawn for Bongo Comics and contributed to previous Cloudscape Comics anthologies, wanted to honour the hard-working transit riders with her piece. 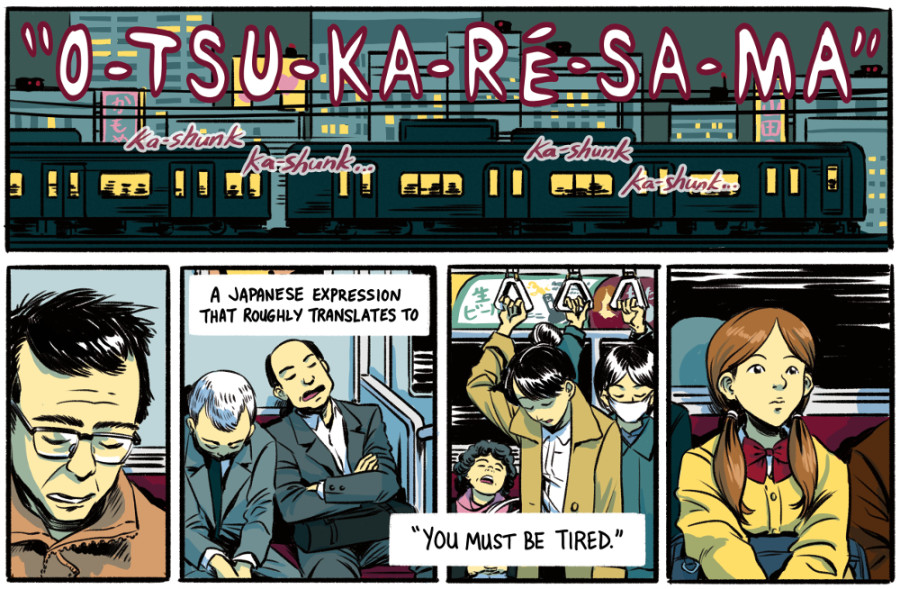 “I knew from the start I wanted to keep mine short, light on text, and show people sleeping on trains in Japan. I then decided to say “otsukarésama” to hard-working Vancouverites,” explained Matsumoto. “Otsukarésama can be translated a few different ways depending on the context: “thanks for your hard work,” “good job” or even “hello.” I wanted to at least show that the word “tired” is in there, since praising one’s fatigue is the theme of this comic.”

Comics in Transit posters will be on display until the end of October. For more information and locations, visit www.cloudscapecomics.com.