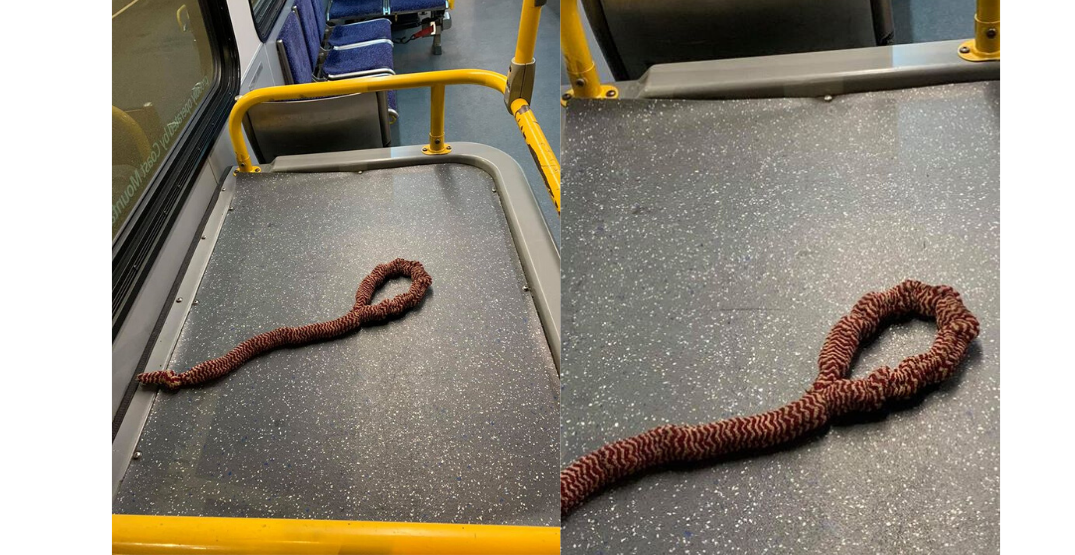 A disturbing incident involving a Vancouver bus driver and passenger is now being investigated by Transit Police.

Earlier this week, Ramgoat Buckaman, a Coast Mountain Bus Driver, posted about his experience on Facebook, saying “I froze, I literally froze, my heart sank, eyes popped open, heart was racing and I was sweating profusely… all while driving across Granville bridge!”

The alleged incident started when Buckaman found a rope on the bus that appeared to be a noose.

Daily Hive has learned that the rope may have been part of a bag that was left on the bus by another passenger.

Buckaman, who is Black, said he didn’t think anything of it until a man entered the bus and said “Oh look, driver, someone left you a noose, perfect for hanging.”

According to Buckaman, the man got on the bus after asking if it was going to stop at Broadway. After Buckaman told him it was, the passenger locked his stroller and sat down.

The man later said, “I think you should hang yourself with [the noose] at the end of your night… I would understand if you hang yourself!”

Ben Murphy, a spokesperson for TransLink, told Daily Hive that the Coast Mountain Bus Company and Transit Police are investigating the incident. “We are aware of a deeply concerning incident involving one of our bus operators,” Murphy said. “Racism has absolutely no place on our transit system and should not be tolerated under any circumstance.”

When the Broadway stop was announced on the bus’s speakers, the passenger was heard saying “you must be so happy I’m getting off the next stop huh?”