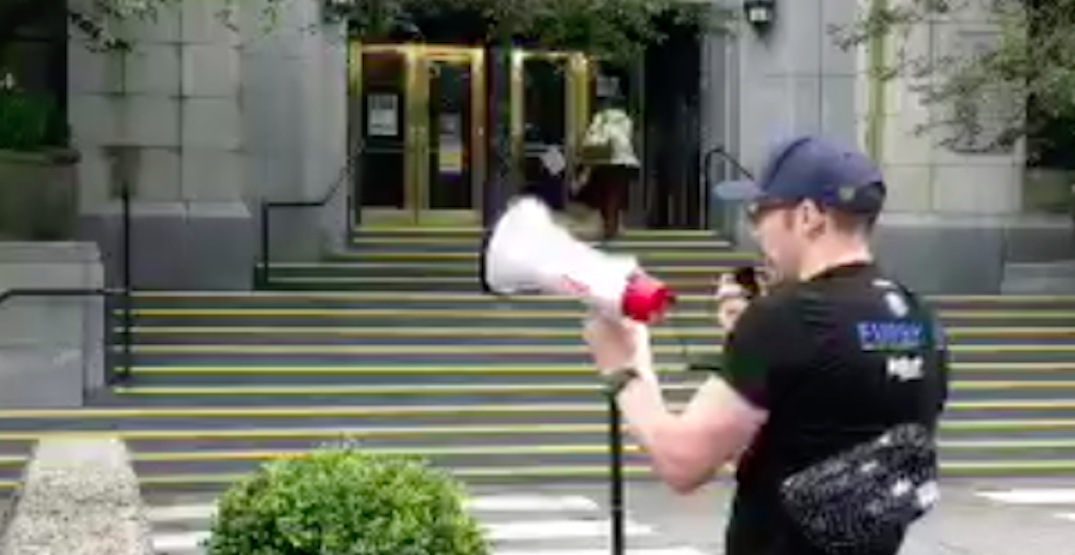 While most people might air their issues with the mayor, council, and city decisions through public consultation periods – or perhaps with a strongly worded letter – Kian Gray decided to go a different route in an effort to literally make his voice heard.

On Friday afternoon, Gray stood outside City hall with a megaphone and proceeded to voice a veritable laundry list of grievances against Vancouver Mayor Kennedy Stewart and the City of Vancouver.

The action took place after Gray had previously announced his plans on Twitter and encouraged anyone who “wants something blasted out of my megaphone,” to send him “an audio file of it.”

Sure enough, Gray showed up at the steps of City hall on Friday with his megaphone, a camera, and pieces of paper full of concerns.

In his Twitter video description, Gray called out Stewart, saying that he had come to City hall “to livestream some tweets you have ignored,” adding that the mayor “should be ashamed of [his] sellout of Vancouver.”

The entire half-hour video can be viewed below: